Board Chairman remains critical of operating impact from investor demands 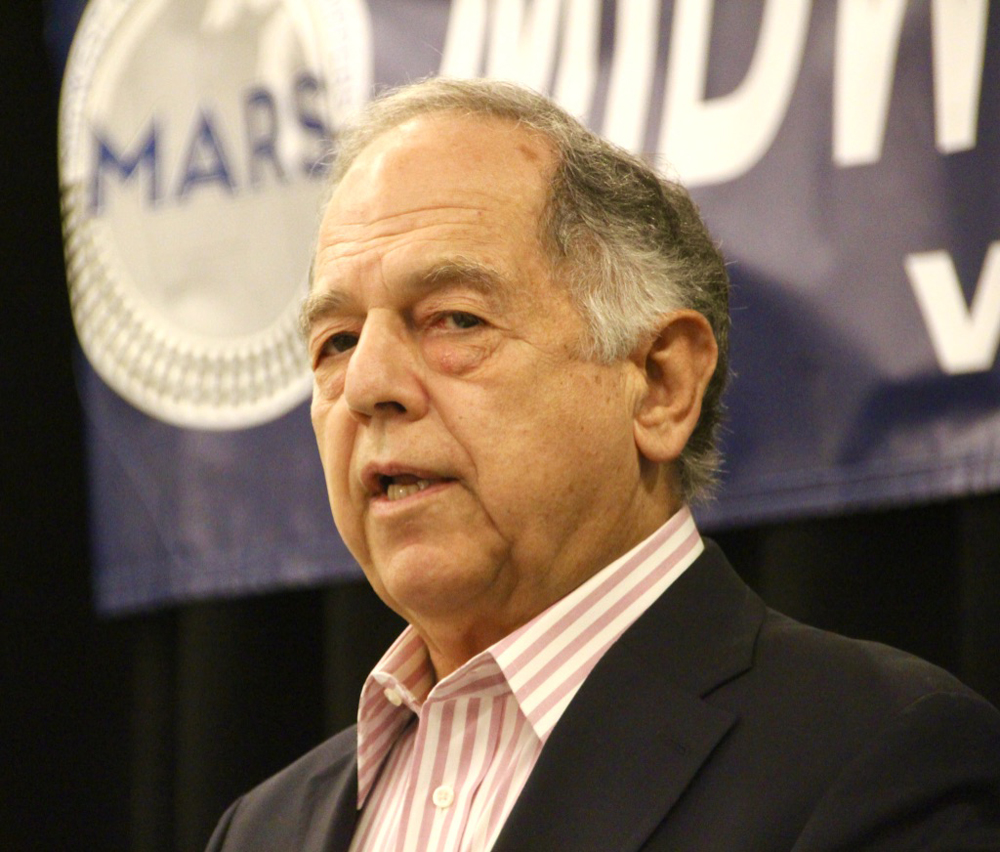 Surface Transportation Board Chairman Martin J. Oberman ended 2021 the way he began it: By criticizing Wall Street’s influence on the publicly traded Class I railroads.

Oberman addressed several shipper and rail industry conferences during the year and sharpened his message each time he spoke. Wall Street’s demands for lower operating ratios have prompted railroads to seek only the most profitable traffic, he contends, which has stunted growth and sent rail traffic to the highway over the past 15 years.

“The Class I [railroads] have become almost completely shareholder-centric in their business philosophy, and actual operations and have long ceased being customer-centric,” Oberman told theRailTrends conference in November.

Railroads talk about growth and service improvements that make them better competitors against trucks, Oberman says. “The railroads’ emphasis has not been on growth,” he told the North American Rail Shippers in September. “Rather the emphasis has been on cutting in pursuit of the almighty [operating ratio] down to below 60%.”

To satisfy Wall Street demands for lower operating ratios, or O.R.s, the Class I railroads have cut their workforces by 25% over the past five years, which Oberman says makes it difficult to provide more reliable service and recover from disruptions like extreme weather events. It’s also led to railroads demarketing certain types of traffic, he contends.

“It is clear that as a whole, railroads have foregone many kinds of carloads that they could carry profitably, only not at O.R.s as low as 55%, and instead have focused only on the most profitable traffic,” Oberman says. “No one is asking the railroads to focus on traffic that would only be carried at a loss. But surely it is not asking too much for railroads to actively seek profitable traffic, even if not as profitable as others.”

Oberman says Wall Street’s influence has put shareholder interests above those of other key railroad stakeholders, including customers, employees, and the public. And he was critical of railroad stock buyback programs and dividends that have put more money in shareholders’ pockets than into maintaining and expanding the rail network.

While Oberman was using his position as a bully pulpit, the STB has taken up regulatory reforms that the rail industry opposes. Among them: Reciprocal switching, making it easier for shippers to challenge rates, re-regulating certain rail-hauled commodities, and considering whether railroads should provide the board with service metrics for local service.

The Association of American Railroads has pushed back against Oberman’s comments. Excluding coal, rail ton-miles are up over the past 15 years, AAR CEO Ian Jefferies wrote. Jefferies defended the industry’s capital spending, which has averaged nearly 19% of revenue over the past decade – or six times higher than the manufacturing industry’s average. He also said Class I railroad share buyback and dividend programs struck a balance between the industry’s reinvestment needs and providing the returns that shareholders demand.