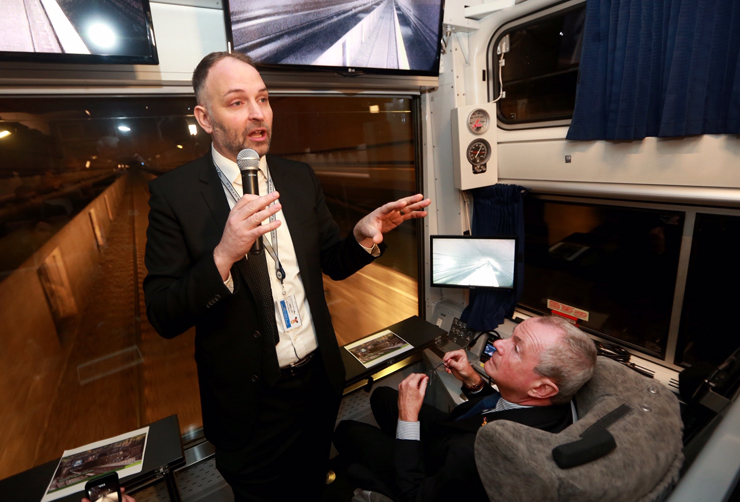 NEW YORK — Nine Amtrak executives received bonuses of $200,000 or more in 2021 despite lower ridership and revenue in the wake of the COViD-19 pandemic, after none were awarded in 2020, the New York Times has reported.

Amtrak CEO Stephen Gardner has received more than $766,000 in short-term bonuses since 2016, leading the company. Gardner became the company’s president in December 2020 and its CEO in January of this year, following the unexpected retirement of Bill Flynn just 21 months into a term expected to last at least five years [see “Amtrak CEO Bill Flynn to retire,” Trains News Wire, Dec. 16, 2021].  Eleanor Acheson, executive vice president and general counsel & corporate secretary is next at almost $727,000. Acheson, at Amtrak since 2007, leads the company’s law department.

Amtrak declined to provide the Times with additional information on salaries or other compensation. The company’s chief human resources officer told the newspaper that the bonuses were intended to help the company attract and retain talent. Qiana Spain said in a statement that Amtrak had not paid any bonuses “without first meeting its financial target.”

The bonuses also came after the company announced plans to furlough almost 2,000 workers in 2021 and eliminate about 100 managerial positions during the 2021 fiscal year [see “Amtrak tells employees it will furlough 1,950 workers,” Trains News Wire, Sept. 1, 2020]; the Times report says more than 1,200 actually were furloughed. The company also paid out almost $17 million in buyouts to 511 management and union employees in July 2020 [see “More than 500 accept Amtrak buyouts,” News Wire, July 27, 2020].

The Times report says Amtrak’s current workforce remains smaller by about 1,500 workers, or 8%, than its pre-pandemic figure. Amtrak continues to cite worker shortages as a factor in reduced service, train cancellations, and trains operating with reduced consists because of a shortage of operable equipment.

31 thoughts on “Amtrak paid $2.3 million in executive bonuses in 2021 despite lower revenue, ridership”