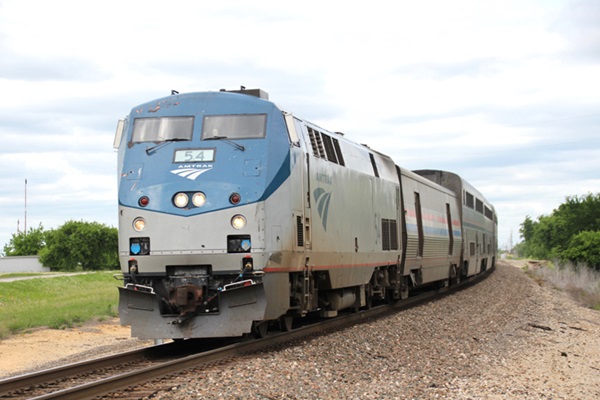 WASHINGTON — More than 500 management and union employees are accepting buyout offers to leave Amtrak as part of the company called a “self-help” effort to defray the financial impact of revenue losses from the COVID-19 pandemic. Last Friday, July 24, was the final day for many of those departing.

The one-time payouts to 284 union and 227 management employees average about $33,000, Amtrak spokeswoman Christina Leeds tells Trains News Wire. That puts the total expenditure at $16.83 million. She says 4,369 people were eligible; the offer was not available to workers deemed essential to running the business.

More than 80% of the participants will receive the money by Sept. 30, the end of this fiscal year, while 10% of the expense will be carried into fiscal 2021 for accounting purposes.

Leeds says the buyout includes 90 transportation employees and 37 involved in actual train operations. An internal company list obtained by Trains News Wire shows 357 names in the “Operations” category; 37 in “Administration;” 22 in “Information Technology;” 17 in “Safety, Health, and Environmental;” 15 each in “Finance” and “Human Resources;” seven in “General Counsel and Corporate Secretary;” five in “Strategy and Planning;” and two in the “Government Affairs and Corporate Communications” categories.

Amtrak previously received $1 billion in emergency aid from Congress to carry it through September. For fiscal 2021, beginning on Oct. 1, the company in late May requested $1.475 billion in aid in addition to $2 billion in its pre-pandemic annual funding request [see “Amtrak asks Congress for more money, plans long-distance cuts, workforce reductions,” Trains News Wire, May 26, 2020]. Even with the additional funding, management told Congress it would need to cut its workforce by 20% and reduce all-long-distance trains except Auto Train to tri-weekly operation [see “Amtrak plans triweekly service for almost all long-distance trains as of Oct. 1,” News Wire, June 15, 2020].

The staff reductions reflect internal estimates that Amtrak in fiscal 2021 would, at best, generate only 50% of its 2019 income, requiring proactive moves to become “a much smaller company.” In Town Hall meetings with employees, management indicated it would see how many people accepted buyouts before determining what additional layoffs would be needed.

Leeds said the buyouts were “not enough to achieve the cost savings we are going to need in fiscal 2021. Given this, we are in the process of evaluating what involuntary separation actions are necessary for management employees … and it is very likely that furloughs will be necessary for agreement [union] employees.”

Further cuts to the workforce and long-distance train reductions could be avoided if a proposal in the House of Representatives passes both houses of Congress and is signed by President Trump, according to a letter from Amtrak CEO William Flynn to the House Subcommittee on Transportation, Housing and Urban Development [see “Amtrak CEO: Appropriations proposal would preserve daily service, avoid job cuts,” News Wire, July 13, 2020]. That proposal would provide $10.05 billion in operating, infrastructure, and COVID-19 aid.

Management’s course of action isn’t clear if the appropriation falls short of the $10.05 billion figure, but in any case, the company quietly reorganized the top of its organization chart on July 14, according to an internal advisory obtained by Trains News Wire.

Where does this leave Amtrak’s institutional knowledge? A 2017 job reduction initiative under then Co-CEO’s Wick Moorman and Richard Anderson thinned the ranks of managers with years of experience. Those departing had assessed tradeoffs between growing passenger rail patronage and managing costs, cultivated relationships with states and host railroads, and learned to appreciate the unique skill sets mechanical, operating, and on-board service personnel acquire over years on the job.

“I’ve come through tough financial situations but I’ve never done a buyout,” former Amtrak President David Gunn tells Trains News Wire. “If you don’t control who goes, what happens is you lose the best people because they see limited career opportunities in their future and believe they can make a difference where their talents are appreciated.” Gunn came to Amtrak in 2002 when the company was on the brink of bankruptcy. He was fired three years later when his operating philosophy clashed with that of Norman Mineta, Transportation Secretary under President George W. Bush, and with the Amtrak board of directors’ desire to split Northeast Corridor operations from the rest of the system.

— Vice President and Chief Mechanical Officer Charlie King, who took over from former CMO Mario Bergeron in 2017 when Bergeron went to VIA Rail Canada. Amtrak has appointed George Hull from rolling stock engineering as an interim replacement.

— Griff Hubbard, the Longview, Texas, station manager. He worked with Texas Eagle Marketing and Performance Organization members to develop a local revenue management team that for 18 years tracked and managed Texas Eagle coach and sleeping car inventory to maximize revenue, at no additional cost to Amtrak. Those tasks were re-centralized by Anderson in 2017.
Regional marketing staffs and functions were also eliminated in 2016’s buyout and restructuring. Since, promotion has been limited largely to fare sales, Facebook posts, and Twitter feeds. The marketing loss figures to be felt even more acutely should Amtrak find itself trying to regain long-distance passengers lost through the end of daily service.