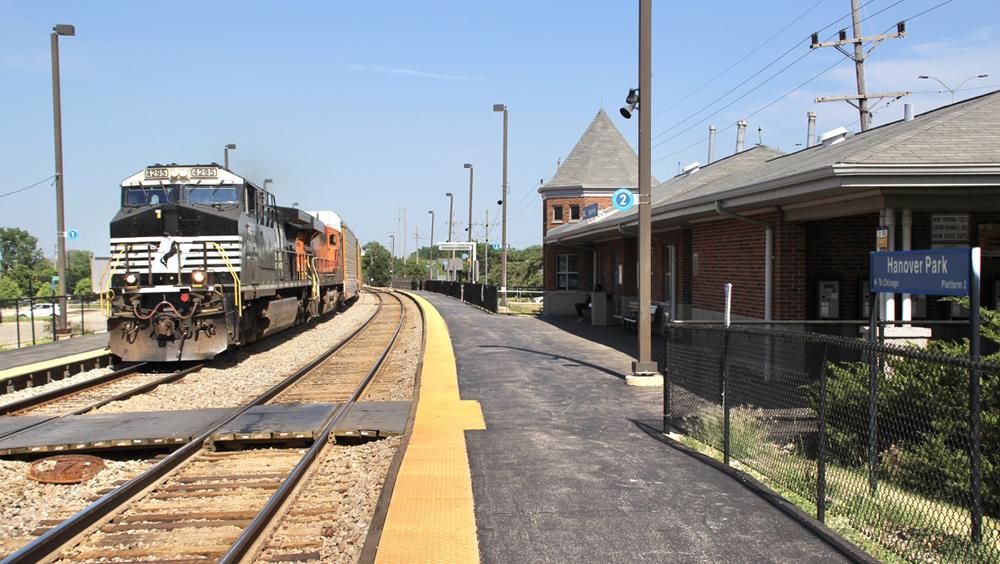 SCHAUMBURG, Ill. — Illinois politicians and members of the suburban group opposed to the Canadian Pacific-Kansas City Southern merger are calling on the Surface Transportation Board to delay its decision on the merger until it can conduct a separate study on the impact in the Chicago area.

In a Tuesday press conference, U.S. Sen. Dick Durbin (D-Ill.), U.S. Rep. Raja Krishnamoorthi (D-Ill.), and officials from the suburbs that make up the Coalition to Stop CPKC repeated concerns about the traffic and safety impacts that may come from increased freight traffic on the line CP shares with Metra’s Milwaukee District-West commuter operation. They have previously aired those concerns at a hearing in Itasca, Ill. [see “Chicago suburbs focus on safety …”, Trains News Wire, Sept. 13, 2022] and last week during the first day of the STB’s hearings on the merger [see “CP and KCS tout and defend their merger …,” News Wire, Sept. 28, 2022]

But the Chicago Sun-Times reports that Durbin said Tuesday the merger opponents “don’t believe [board members] have all the information they need, and they’ve got to take a look at the Chicagoland area and the economic and environmental impact of this merger.”

WFLD-TV reports Durbin said the group wants to see “a statement which … measures the impact on lives in this area. And we’re not really saying that it’s impossible to do this merger. It could be that building some rail facilities west of the metropolitan area will solve the problems.”

The suburban group has challenged the draft environmental impact statement from the STB’s Office of Environmental Analysis, which found that other than some noise issues, the impact of the merger will generally be “negligible, minor, and/or temporary” [see “STB draft review finds little environmental impact,” News Wire, Aug. 5, 2022].

The STB is set to conclude six days of hearings on the merger on Thursday.