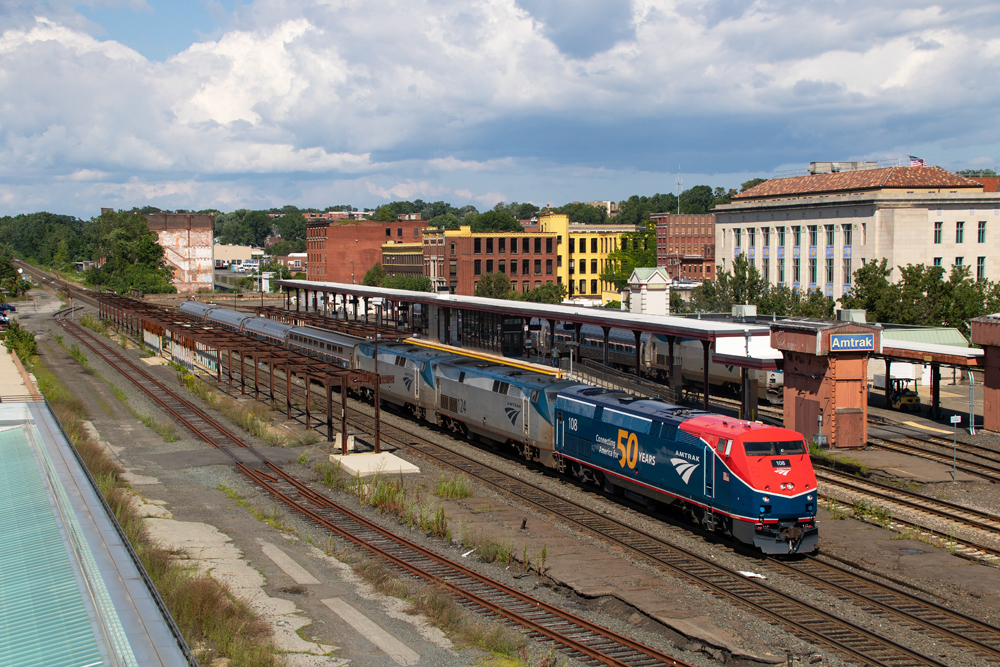 SPRINGFIELD, Mass. — Amtrak P42 No. 108 displays a 50th anniversary version of the interim “Phase VI” paint scheme as it leads the westbound Lake Shore Limited on Friday, July 30. The design is similar to one introduced on the first of the new Siemens ALC42 Charger locomotives [see “Amtrak shows off first long-distance Siemens Charger …,” Trains News Wire, June 15, 2021], but adds a 50th anniversary logo and lacks the red chevron at the rear of the carbody. It is one of six heritage paint schemes now operating or still to come to mark Amtrak’s anniversary [see “Behind Amtrak’s new locomotive designs,” News Wire, March 18, 2021]. Also still to come is the “Phase VII” scheme that will become the new standard design.