Connections are broken and corridors shortchanged in latest reductions 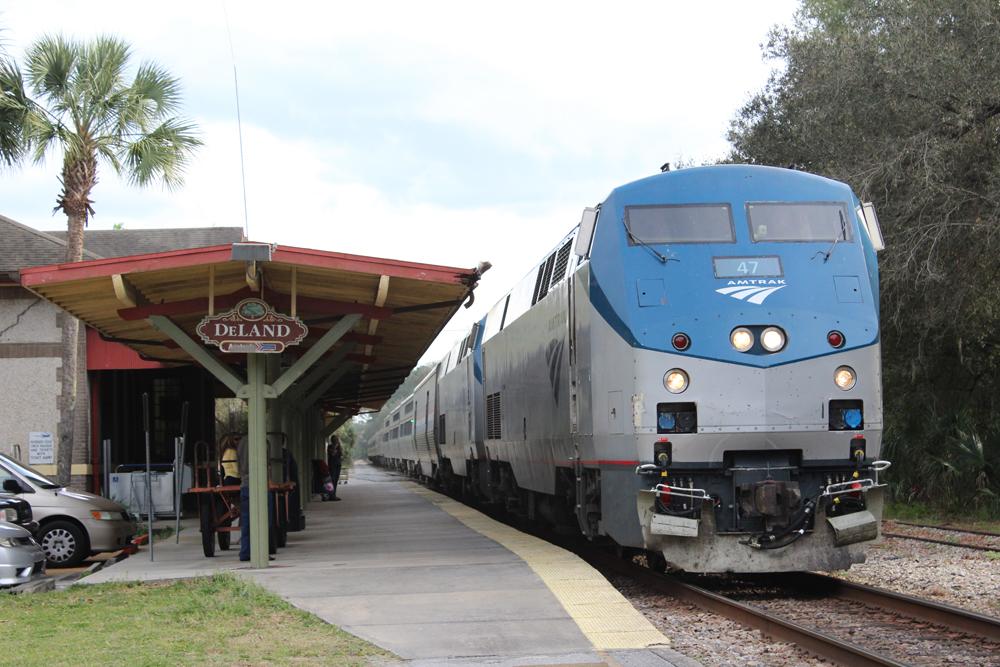 WASHINGTON — When Amtrak cut back most of its long-distance trains from daily operation in October 2020, in anticipation of reduced demand and a lack of federal funds to keep its network intact, the only day a traveler from Florida could connect to the Capitol Limited or Cardinal at Washington, or the Lake Shore Limited at New York, was Wednesday.

Under the plan Amtrak revealed last Friday, no same-day connections to those westbound trains are possible at all because the Miami-New York Silver Meteor has been cancelled entirely until at least March 28 [see “Amtrak to decrease service on most routes …,” Trains News Wire, Jan. 14, 2022].

The Meteor cancellation also means all connections with trains west of Albany-Rennselaer, N.Y., are broken. With the Silver Star as the only connecting option north and east of New Haven, Conn., only 6 a.m. Acela and 6:10 a.m. Northeast Regional Boston departures will connect southbound; northbound, a connection is shown from the Star to the last Northeast Regional train to Boston (that gets in after midnight) leaving Washington at 4:02 p.m., but through ticketing to the westbound Capitol Limited at 4:05 p.m. isn’t currently allowed. If the train from Florida is late, overnight No. 66 from Newport News has also been cancelled, so there is no backup option.

This is but one of the connection issues apparent in the table above, created from information provided by Amtrak but not currently available on the company’s website.

The grid shows that cutbacks for trains not cancelled entirely were designed so that each train’s mid-route cancellations occur on consecutive days. This theoretically will give Amtrak some wiggle room should sufficient operating, onboard service, or maintenance crews become unavailable along the route, or out-of-service cars and locomotives accumulate. There have been a number of instances of late departures the last several weeks attributed to equipment issues [see “Amtrak struggles to recover from winter weather challenges,” News Wire, Jan. 5, 2022].

The Meteor, which normally operates with three sleeping cars, delivered more revenue in February 2021 — $1.2 million, operating four days per week — than any long-distance train except the daily Auto Train. (It was also topped only by the California Zephyr in February 2020 because that year, the figure included Winter Park Express revenue.) The Silver Star also topped $1 million last February, running on a different route through the Carolinas and serving Tampa, Fla., but that train’s circuitous journey is more than two hours slower than the Meteor.

The cancellations two days per week will also adversely affect corridors with or without additional state-supported service. An example: there will be no Thursday-Friday Empire Builder from Chicago to the Twin Cities, and no Saturday or Sunday St. Paul-Chicago trains. This is a corridor which the states of Wisconsin and Minnesota hope to augment with an additional round trip once infrastructure improvements are made. Also notable in the Chicago hub: no Monday morning City of New Orleans from Champaign, Ill., a city which has also been affected by cuts to state-supported trains.

It basically reinforces the belief of many critics that from Amtrak management’s vantage point, passengers who ride long-distance trains are different than everyone else, even if they don’t ride long distances. The cuts illustrated in the table below will have minimal impact compared to wholesale cancellations on the long-distance routes.

How did the company get in this position?

Amtrak management has continued to disinvest in national network operating, onboard service, and maintenance staff. After deciding not to reactivate sufficient equipment to capture long distance revenue — its highest revenue-per-passenger segment last summer — the company also made no effort to step up recruiting at crew bases last fall, which has left operations vulnerable to the uncertainties of the labor market and COVID-19 variants.

Trains News Wire learned from an employee in late November that discussions of adding at least one new conductor at a Midwest crew base were not followed up. And in two instances experienced firsthand between October and December, trains were operated on at least one segment without an assistant conductor because no one was available to work that day.

Onboard service workers traveling on one long-distance train when the cutbacks were announced were reportedly told to rebid their positions and were not told that the new five-day-per-week schedule is “temporary.” Rebidding when operational changes occur is standard procedure and doesn’t necessarily mean positions are being eliminated, but the changes exacerbate a sense that job security could be threatened, and thus makes recruitment more problematic.

The new long-distance schedules mean operating personnel away from home at the end of a five-day cycle will either have to deadhead, be vanned back to their base, or be compensated with “held away” pay. This adds costs and may require new transportation vendors to be identified and paid. This was one reason frequency cutbacks during mid-1990s budget squeezes did not achieve anticipated cost savings.

That isn’t a problem now. Congress has repeatedly telegraphed to Amtrak management over the past year that it expects robust investment in the national network, first appropriating COVID-19 relief funds in 2020 and early 2021, then doubling down in the recently passed Infrastructure Investment and Jobs Act. The Amtrak reauthorization language in that legislation stresses the importance of long-distance service, and includes $16 billion for national-network investment over five years.

The language was in the bill long before it was passed in November, but Amtrak management has yet to prove it intends to make serious attempts to grow its business rather than fall victim to events precipitated by a lack of vision or investment planning. The latest cutbacks are evidence company leaders still haven’t taken seriously the stated mission to provide national mobility.

— Updated at 1:45 p.m. to correct departure times for two Hiawatha trains in table below.

20 thoughts on “Analysis: A closer look at the impact of Amtrak’s cancellations”