Cost of the three new routes is estimated at $2.7 billion 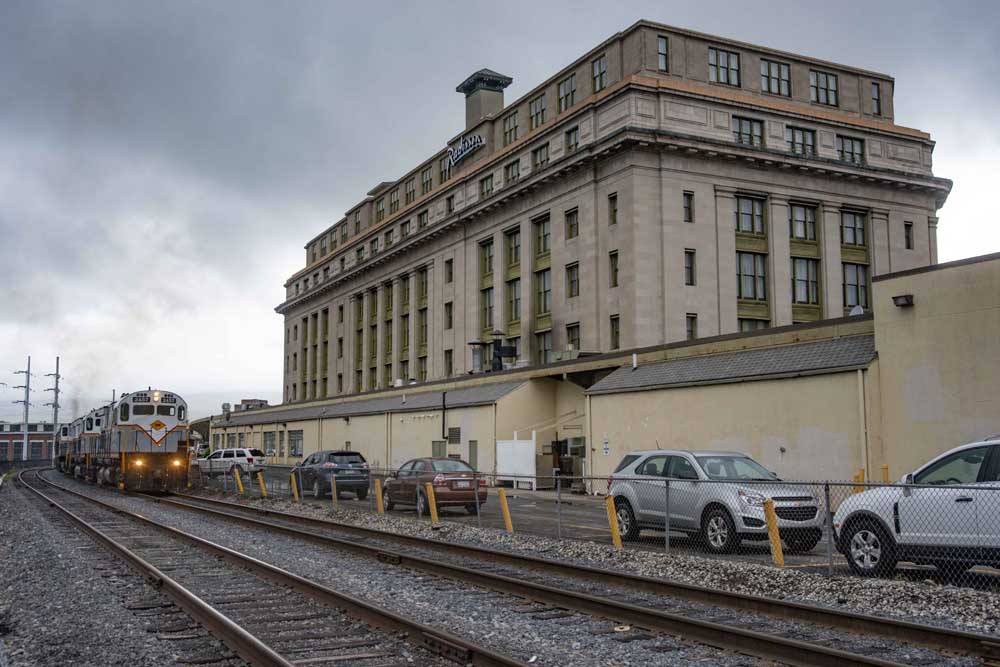 The three routes are:

Proposed are three daily round-trips on the Scranton and Reading lines and two daily round-trips on the Allentown run. Scranton has been without intercity rail passenger service the longest of the three; EL discontinued its daily Hoboken, N.J.-Scranton-Chicago Lake Cities train more than 51 years ago, in January 1970, a year before Amtrak started.

Under a best-case scenario and if President Joe Biden’s $1.2 trillion federal infrastructure bill passes the U.S. House of Representatives, Gardner said, the earliest of these new routes could be running in three years. As much as $66 billion of the federal allocation could be earmarked for Amtrak.

Gov. Wolf, a Democrat, signaled his “strongest possible support” for the plan, adding that “I’m a big fan of rail transportation and an Amtrak customer for many, many years.”

The Scranton proposal will require the most infrastructure work, because former freight operator Conrail tore up the 28-mile Lackawanna Cutoff in New Jersey as part of its line rationalizations of the 1980s. As a result, a gap exists between Port Morris, N.J., and Slateford Junction, Pa., at the Delaware Water Gap where the Delaware River separates Pennsylvania and New Jersey. The Cutoff was famously constructed by DL&W 1908-1911 as a major high-speed short-cut realignment of Lackawanna’s New York -Buffalo, N.Y., main line.

Congressman Matt Cartwright (D-Pa.), who represents the Scranton area, cited a decades-long struggle by advocates to restore the Cutoff, characterizing the effort as “years of meetings, letters, and studies.” He noted that Amtrak and the Pennsylvania Northeast Regional Railroad Authority in July signed an agreement to jointly study the infrastructure costs, revenues, and ridership potential on the route.

With a population of 121,000, Allentown is the state’s third-largest city (following Philadelphia and Pittsburgh), and Reading, with 88,000 residents, is the state’s fifth-largest city. Allentown lost rail passenger service to New York in 1966 when the Jersey Central pulled out, but a Philadelphia-Allentown service later was briefly operated for the Pennsylvania Department of Transportation by the Southeastern Pennsylvania Transportation Authority, ending in 1981. Reading-Philadelphia service likewise ended in 1981 when SEPTA discontinued all remaining diesel-powered trains in favor of all-electric operation.

Former Congressman Jim Gerlach, now president and CEO of the Greater Reading Chamber Alliance, said talks on a “Schuylkill Valley Metro” project faltered in the early 2000s because of a lack of consensus among counties. But, he said, “the elements missing are now nearly in place.”

Cost of the three new routes is estimated at $2.7 billion, and total annual ridership for the three is projected at 1.3 million.

Improvements on the 103-mile Philadelphia-Harrisburg Keystone Corridor would be mostly of an incremental nature, and would be aimed at improving reliability, Gardner said. Top speed is expected to rise to 125 mph from the current 110 mph, he said. Frequency would be boosted to 17 weekday trains each way, up from nine today.

Prior to the onset of the COVID pandemic, the schedule consisted of 13 trains each way on weekdays, then in early 2020, all service was suspended for 2½ months, beginning on March 17-18. When it was restored on June 1, 2020, four weekday round-trips were discontinued. As before, many Harrisburg-origin trains continue beyond Philadelphia to New York on the NEC.

In addition, Amtrak proposes to add a second frequency to the daily New York-Pittsburgh Pennsylvanian – which also was suspended during the 2½-month COVID blackout – and extend the additional train to Cleveland. Using NS’s Fort Wayne and Cleveland lines, it would follow the route of Amtrak’s daily Washington-Chicago Capitol Limited.

Current annual ridership on the Keystone Corridor and the Pennsylvanian is 1.8 million. With faster times, added frequencies, and extension to Cleveland, the number could grow by 400,000, Gardner said, based on a projected capital investment of $1.6 billion. The Pennsylvanian was an early state-supported service, added April 27, 1980, to fill the vacuum left when Amtrak discontinued its New York-Kansas City National Limited in 1979.

In a follow-up question, reporter Joseph Napsha of the Pittsburgh Tribune-Review asked Gardner about NS’s “not so receptive” attitude to adding another Pennsylvanian on its busy ex-Pennsylvania Railroad Pittsburgh Line. Noting that Amtrak works with host freight railroads all the time, Gardner said he foresees no insurmountable obstacle there.

Indeed, freight congestion will also be a major issue for the Reading and Allentown proposals as well, as NS has also voiced resistance to adding passenger service on its Harrisburg and Lehigh lines.