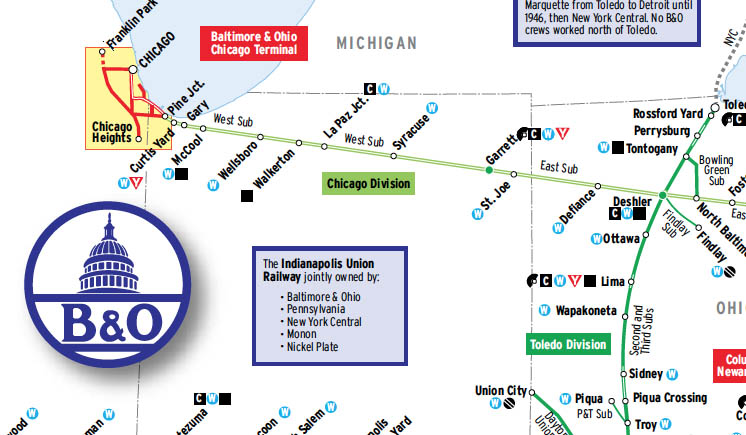 Here’s a rare chance to look at a Trains map before it appears in the magazine. This foldout map was originally scheduled to appear in the July issue, in time for the Baltimore & Ohio’s 190th anniversary, but as occasionally happens, outside forces intervened (in this case, short hospital stays for both the mapmaker and map editor). It now is slated to appear in the November 2018 issue. In the interim, here’s a chance to preview a map, which draws on information from employee timetables and maps from several contemporary sources, that shows the B&O’s divisions as of the early 1950s, as well as key locomotive service facilities and other details.

While we’ve had a number of B&O experts and enthusiasts review the map, we still welcome your comments if you find any details in need of correction before we finalize the version to appear in print.