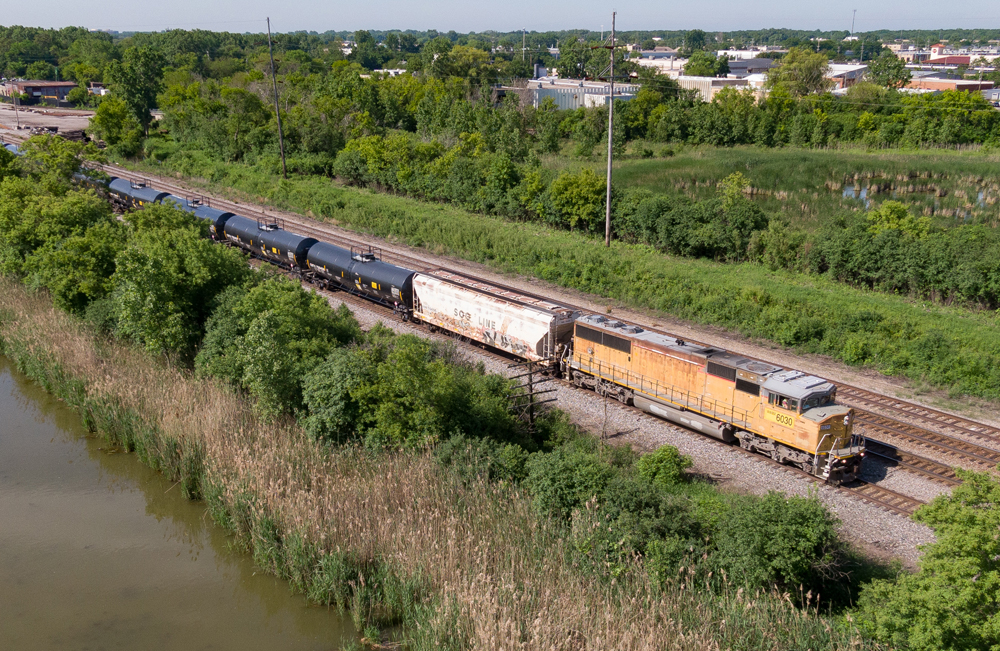 Six axle comfort cabs on shortlines: Comfort cabs took North America by storm in the late 1980s with the introduction of the design on EMDs’ SD60M and GE’s C40-8W. While Canadian operators had been using the design since the early 1970s on both four and six-axle locomotives, it wasn’t until the SD60M and C40-8W arrived that the new standard for six-axle cab design would sweep the industry like wildfire for decades to come.

Over the years, a number of smaller railroads would order six-axle comfort cab locomotives new such as Iowa Interstate, Montana Rail Link, Ontario Northland, Cartier and Quebec North Shore & Labrador, but the second-hand market saw relatively few of these due to the Class One railroads still holding onto the majority of their purchases. The Class I trend of AC traction, distributed power and Precision Scheduled Railroading in the past several decades have made many of these original comfort cab fleets expendable and have been trickling down to the second-hand market with more frequency. Gone are the days where regionals and short lines were exclusively standard cab domains, with more and more acquiring larger six-axle power, many of which have the comfort cab design.

The following is a list of some of the short line and regional railroads that have six-axle comfort cabs operating on their property as of June 2022.