Method for running U.S. railroads is talked about but often poorly understood 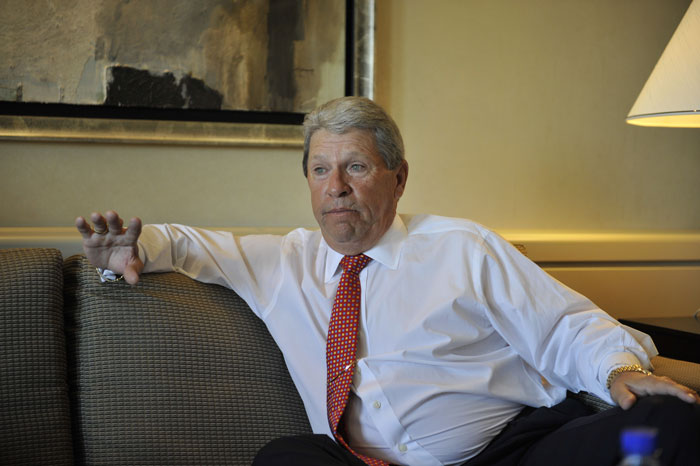 Amid lot of talk, just what is Precision Scheduled Railroading?

It began with a simple lesson.

In the late 1960s E. Hunter Harrison was working in the tower in Frisco’s Tennessee Yard in Memphis when Bill Thompson, the railroad’s operations chief, dropped by. Thompson pointed to the yard tracks, chocked full of freight cars, and asked: “Young man, what do you see out there?” Hunter responded, “Well I see a lot of business, sir.” And Thompson said, “Well I don’t. I see a hell of a lot of delayed traffic with all those cars just sitting there.”

Thompson’s point: A parked freight car is not making money for the railroad or moving goods for the shipper. Harrison took Thompson’s lesson to heart, and ultimately became obsessed with keeping locomotives, cars, and crews on the move. From this encounter Harrison developed his Precision Scheduled Railroading operating model, now commonly called PSR.

Harrison implemented his low-cost operating model at Illinois Central, then went on to deploy it at Canadian National, Canadian Pacific, and CSX Transportation. Less than a year after Harrison’s death in December 2017, Union Pacific, Norfolk Southern, and Kansas City Southern would adopt PSR, too. BNSF Railway remains the lone holdout.

What, exactly, is Precision Scheduled Railroading and how does it work? And what makes PSR different from other railroad operating models?

In his book, “How We Work and Why,” published while he was chief executive at CN, Harrison outlined five guiding principles. They are:

You’ll see nearly identical versions of these foundations on the websites of the Class I PSR systems.

The Best of Both Worlds?

Neither the five foundations of what is Precision Scheduled Railroading nor the seven service design principles are entirely new to railroading. But C. Tyler Dick, a lecturer and principal research engineer at the Railtec program at the University of Illinois at Urbana-Champaign, says PSR aims to combine the best elements of two opposing operating plan strategies: hold for tonnage and schedule adherence.

The hold for tonnage approach aims to reduce costs by moving freight cars in fewer but longer trains. Trains might be annulled or delayed until tonnage hits the desired level. This keeps a lid on the railroad’s costs but makes service inconsistent and unpredictable because a train might run one day but not the next.

PSR, on the other hand, aims to provide consistent, frequent service to reduce both terminal dwell and transit time – but uses long trains and reduced rolling stock requirements to minimize costs, Dick says.

One way PSR does this is by operating general-purpose trains instead of dedicated single-commodity trains. This is why you’ll see railroads operate trains that might include intermodal, merchandise, and bulk commodities – rather than three separate trains.

Running a balanced network, with an equal number of trains running in each direction every day, keeps locomotives and crews in the right places and helps reduce costs related to deadheading crews and locomotives back to where they are needed.

In PSR, adherence to train schedules is paramount because one train’s inbound power often is the locomotive consist for the next outbound train. Schedule adherence shows where the operating plan can be improved. Running close to schedule also encourages customers to reduce the size of their car fleets and creates fewer reasons for customers to refuse to accept freight cars for delivery at their facilities.

In a webcast in 2020, Dick outlined a day’s operations at a hypothetical terminal operating under a traditional independent train plan developed for each business segment. The terminal would build an outbound merchandise train, grain train, and intermodal train that would depart roughly 8 hours apart, each with 150 cars. The maximum dwell time for a car in the terminal was 24 hours, with a mean of 12 hours.

By using general purpose trains under a PSR approach, the terminal’s operations become much different. It still departs three trains per day, but each blends merchandise, bulk, and intermodal traffic into a 150-car train. Terminal dwell is reduced to a maximum of 8 hours and a mean of 4 hours, and the terminal’s average inventory is cut in half, to just 150 cars at any one point during the day. This makes the yard more fluid.

Local service changes, too, Dick notes. Under a traditional model, a local yard might have two crews using four locomotives on the same shift to provide flexible service to customers near the yard. Under PSR, one local day crew and one night crew might share one locomotive, which reduces cost but also service flexibility.

Traditional railroads rely on locals that gather traffic, bring it to local yards, and then send this hodgepodge of cars to a hump yard for classification. There the yard sorts the traffic into blocks for specific destinations on the railroad.

The PSR railroad instead focuses on pre-blocking outbound traffic at origin or local yards. Well-sorted trains arrive at classification yards and reduce their switching workloads, Dick explains. If there’s not enough volume to justify the expense of a hump yard, the railroad can convert it to a flat-switching facility that’s less expensive to operate, as CN, CP, CSX, NS, and UP have done.

“No Precision Scheduled Railroad implements all of these elements,” Dick says. “And PSR is not one thing but a collection of actions that cumulatively results in changed operating practices and culture.”

All of the PSR railroads have dramatically reduced the size of their locomotive and freight car fleets as they move their tonnage on fewer but longer trains. This not only reduces costs – with smaller fleets, railroads have closed locomotive and car repair shops – but it also creates capacity.

“The prevailing view in the rail industry is that more locomotives, more cars, and more crews allow for the movement of more volume,” CP wrote in a 2016 white paper on PSR. “Precision railroading challenges this view. Because track and yard capacity is finite, adding more equipment creates congestion and slows down the system. While it may sound counterintuitive, reducing fleet size actually enables a railroad to move more volume. By running fewer and heavier trains, faster and on schedule, assets can be utilized far more productively and can yield significant savings.”

The reduction in meets in single-track territory helps reduce running time between terminals and crew-change points, and helps increase the average train speed despite running longer, heavier trains with lower horsepower per ton ratios. This is one reason why average train speed and the number of miles cars travel per day has generally increased after railroads adopt PSR.

“The older units generally made more visits to the repair shops and took significantly longer to repair than newer units. Taking these older units out of service enabled CP’s locomotive shops to cycle the newer units in and out of the repair shops far more quickly, greatly enhancing the productivity of its active fleet,” CP notes. “In 2015, CP’s locomotive productivity increased by 40% compared to 2012 using 700 fewer locomotives, which was a reduction of more than 40% of its fleet.”

The closure of hump yards is one of the most visible examples of PSR in action. “For yards that do a large amount of breaking down and rebuilding trains, a hump may be the most efficient means of switching. However, rail operations have changed significantly since the humps were built decades ago,” CP notes in its white paper. “Far fewer trains need to be broken up to be rebuilt, and those that do can, in most cases, be more efficiently flat-switched by a locomotive on yard tracks. Removing the hump enabled faster processing of trains within the yards, and eliminated maintenance and replacement costs of expensive hump yard components. Since 2011, closing humps has helped CP reduce its terminal dwell – the time a train spends in any given terminal – by 19%.”

The PSR systems also have cut management positions at their headquarters, some by as much as 30%. The idea is to push operational decision-making into the field, where local operating people are closer to the railroad’s customers.

5 thoughts on “What is Precision Scheduled Railroading?”