Home / Railroads & Locomotives / History / Beyond the byline with Ron Flanary 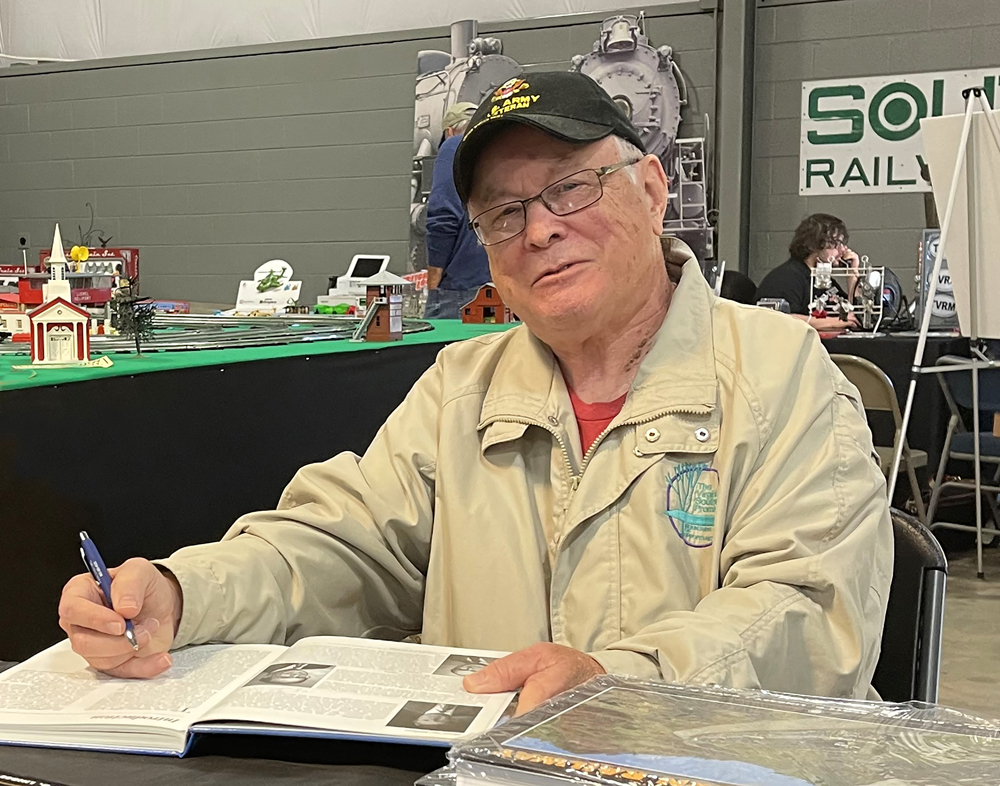 What was your first byline in Trains?

I had a news photo of brand-new Southern Railway GE U30Cs in the April 1968 issue, but my first feature story, “Yes, I DID Want to Run a Railroad” appeared in the July 1978 issue. It was a completely unsolicited manuscript with no photos. I wanted to describe my year of work as a Southern management trainee in the engineering department (maintenance of way), and why I concluded it wasn’t a good career choice for me.

To make up for the fact I had not exposed a single frame of film during my employment, I included three charcoal drawings to illustrate three of the incidents in the story. In those days, everything was submitted by mail, of course, and you included a self-addressed stamped envelope in the event it was rejected.

Within a few weeks, the postman delivered my return envelope, and of course I was crushed. However, when I opened it, there were the three drawings, a letter from my idol, Editor David P. Morgan, and a check for $375. Morgan’s letter (which I still have) said he couldn’t use the drawings, but the story was “nice copy.”

What’s your favorite locomotive and why?

Having been born in early 1948, I was just old enough to get a healthy dose of the last several years of regular service steam. In fact, that was the primary factor in me becoming a railfan for life. With the steam locomotives of the Louisville & Nashville blasting through my hometown daily, and particularly during my frequent visits to my grandparents’ rooming house in Loyall, Ky. (“Rooms But Never Bored”—August 2008 Trains), it was the company’s M1 class 2-8-4s that were my favorites. These locomotives were called Big Emmas (a play on the “M”); a nickname given by crewman. Sadly, none of the 42 engines were saved from scrap, but the memories of them are thankfully seared in my brain.

Describe your love of railroading in 6 words or less?

What’s your fondest memory as a contributor?

There are so many great memories, it’s difficult to pick just one—but I think the last assignment I received from (the late) Jim Wrinn is a mix of fond memories and sadness. In the summer of 2021, Jim contacted me to be the “quarterback” of an all-Virginia issue.

“You can do all of it, parts of it, or whatever you want.” He and I kicked around topics and eventually I decided to do two of the feature stories, while enlisting the services of two veteran contributors and mutual friends (Samuel Phillips and George Hamlin) to take on the other two subjects. Sam, George, and I all had our heads down banging on our respective computers when Jim passed. Finishing it all up and was an emotional challenge, but we met our deadlines, and the issue was ultimately a success.

At the time, the memories were anything but “fond,” but as the sadness gave way to the recognition of meeting Jim’s goal, I’m so grateful he challenged me to take on the task.

I think it was my first one in the July 1978. Southern Railway was so intrigued by my account of the work of a management trainee they sought permission from Kalmbach to reprint it and give to all prospective trainees going forward. Southern felt it was instructional to those applicants who were rail enthusiasts first but who might not be happy with such a work career in the long haul.

What advice would you give a new contributor?

To begin with, you should have a story that worth’s sharing. Any regular reader of Trains should have a good idea of the subjects that are appealing to the magazine’s audience. Once the “muse” graces you with an idea, build the story around your own photography, if possible. If historic images from other photographers are needed, find them, make high resolution scans, and submit them with the article. The better your photographic skills, the more likely your story will be accepted. Keep it short at first—about 1,500 to 2,000 words of text. Put your best writing effort into the “lede”—the first paragraph of the story. All the words matter, but you must have an opening that hooks the reader (and particularly the editor!) and motivates him or her to read the entire story. Finally, treat the project as a “package.” Give the art director many good choices of images, plus a rough map if one is required (the graphics department will do the rest).

Editors are more likely to choose good features where all the up-front work is done, so they don’t have to dig through Kalmbach’s media resources to complete the job.

Read Beyond the byline with Greg McDonnell.

2 thoughts on “Beyond the byline with Ron Flanary”