Some numbers now being gathered are ‘extraordinarily informative,’ board member says 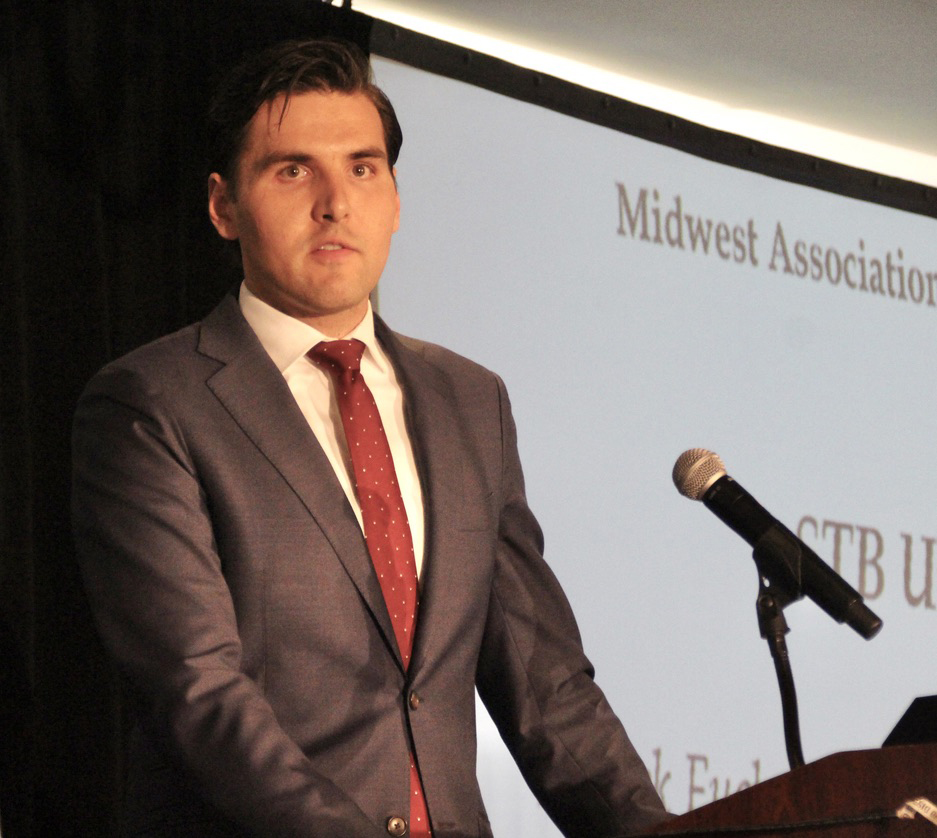 LAKE GENEVA, Wis. — Some of the more detailed metrics the Surface Transportation Board has begun collecting as it tracks the rail industry’s service issues could become part of the STB’s regular regulatory oversight, board member Patrick Fuchs said Tuesday.

“I do think that some of the service numbers that we have collected are extraordinarily informative — a vast improvement to what we were previously collecting, and have merit for incorporation into our broader regulations,” Fuchs said in an appearance at the Midwest Association of Rail Shippers summer meeting. “I also think we should think about the types of information that is available to shippers that they can use in their ordinary course of business.”

Whether the detailed employment information the board is currently receiving from railroads would be part of such a change is another matter.

“In this particular interest, we stepped up the focus on labor levels, because it’s so tightly wound up with the service problems,” Fuchs said. “But that’s not to say that every future service problem will be a labor issue. And because we don’t directly regulate labor, there is a question of how much granularity we want going forward, particularly on things like training classes and other things.

“But we do collect monthly employment levels, and to the extent those could be enhanced going forward, I think it’s something we would take a hard look at.”

The merit in the more detailed metrics may well be illustrated by the way they are being used, and not just by the board.

“I have seen these numbers be used in quarterly earnings calls, and in regular analyst reports, that I know that a number of executives are responsive to and listen to,” he said. “So to the extent that the information that we are collecting and providing to the public helps markets make better decisions … that now markets have better insight into rail carrier reliability, and what that could mean for eventual volume growth, that’s the exact type of thing that we were trying to facilitate.

“We can’t order our way out [of the problems], but one thing we can do is provide markets and shippers better information to hold people accountable.”

Based on all that information, Fuchs said, “we are months away from fluidity, and that concerns us with harvest coming up. But I think we are on a trajectory [for improvement] when you look at those training classes.”

Board looks at NS operating plan

Fuchs also said the board was looking at elements of Norfolk Southern’s new operating plan, which was addressed in the updated NS service recovery plan submitted to the STB in June. The plan known as TOP/SPG [see “Norfolk Southern rolls out new, intermodal-focused operating plan,” Trains News Wire, June 27, 2022] was mentioned in the initial service recovery plan railroads were required to file earlier this year. But the board sought more information.

“That is one area that we focused on and called out, that it’s not sufficient in your initial recovery plan to just mention an operating plan,” Fuchs said. “You have to describe it more fully. So if you look at the Norfolk Southern supplemental plan, they do start to explain the underlying logic and reasoning by business line of that TOP/SPG. And we have been engaged with them on that, because they’ve drawn that nexus to service recovery. So we are actually having active discussions with Norfolk Southern on the new operating plan.”