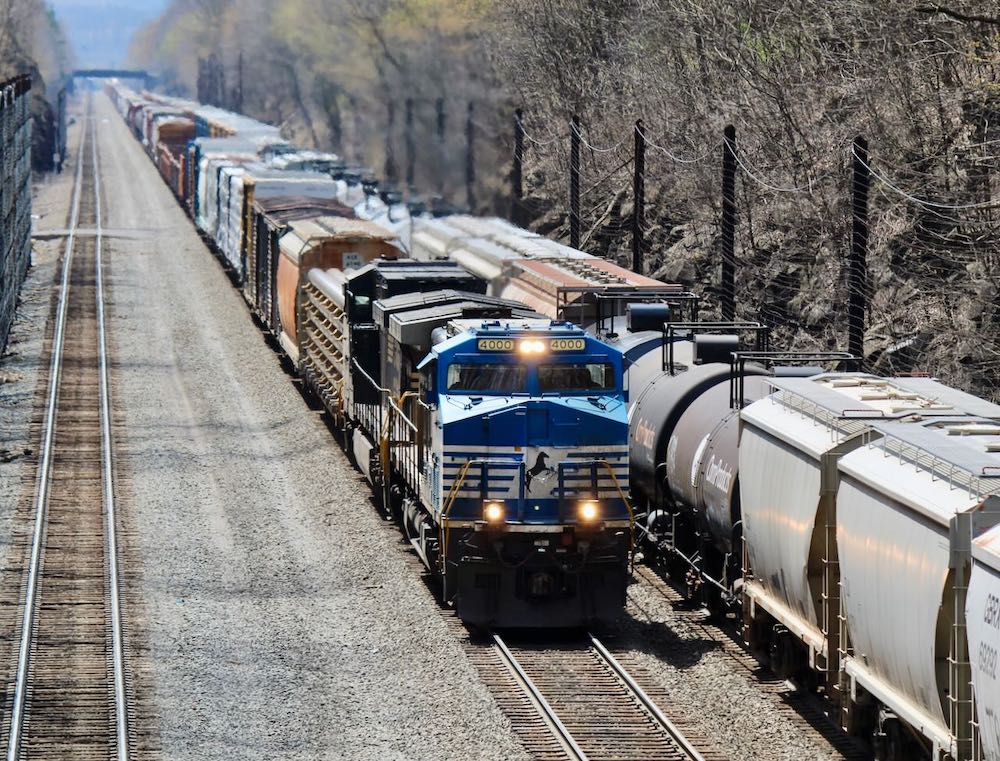 ATLANTA — Norfolk Southern has resumed hump operations at its classification yard in Macon, Ga., and will soon reopen the hump at Bellevue, Ohio, as part of the new operating plan it began rolling out last month.

Both yards were converted to flat-switching facilities in 2020 after volume sank at the onset of the pandemic.

“We reactivated these humps to give ourselves some additional capacity that we need in two areas served by Macon and Bellevue. The way switching demand has evolved since 2020, there’s enough critical mass to justify returning them to service as hump yards,” Chief Operating Officer Cindy Sanborn said on the railroad’s quarterly earnings call Wednesday morning.

The move also was made to concentrate traffic at Macon and Bellevue to free up yard crews elsewhere for use in local service amid ongoing crew shortages, Sanborn says.

Macon is already classifying traffic over its hump, while Bellevue will require completion of maintenance work before hump operations begin. Once it does, NS will use half of each of the yard’s two bowls.

Officials would not say if the reopening of the humps would be temporary or permanent. “It may be short term, it may be longer term, we’ll just see how it evolves,” Sanborn says.

NS won’t be running cars out of route just to send them to Macon and Bellevue, CEO Alan Shaw says. Sending cars to humps, even if they were out of route, was standard practice before NS adopted an operating plans based on Precision Scheduled Railroading principles in 2019.

As part of its shift to PSR, NS idled the humps at six of its 10 classification yards. NS starved the humps of volume by relying more on pre-blocking cars at origins and local serving yards, as well as block-swapping en route.

Bellevue, which was the nation’s second-largest hump yard before it was idled, is at the junction of five NS routes leading to Chicago, Kansas City, New Jersey, New England, Detroit, and Columbus, Ohio, and points south. Macon serves as a corridor gateway to Jacksonville, Fla.; South Georgia; and Savannah, Ga.

Despite crew shortages that have caused congestion, NS has begun to see service improvements from the TOP | SPG operating plan. On-time train arrivals are up 7% in July, while average train speed is up 6% and terminal dwell is down 3%.

The TOP | SPG plan — which stands for Thoroughbred Operating Plan – Service, Productivity, Growth — builds on the railroad’s 2019 TOP21 plan that redesigned its merchandise and bulk networks using the principles of Precision Scheduled Railroading [see “Norfolk Southern rolls out new, intermodal-focused operating plan,” Trains News Wire, June 27, 2022].  It aims to improve service reliability and productivity, with the expectation that both will lead to volume growth once the railroad is back to full staffing levels.

A key aim is to simplify operations so that they become more reliable day in and day out. NS took a deep dive that looked at its current operations and train schedules. It also focused on a redesign of the intermodal network.

“With TOP| SPG, we took a full-scale look at the entire network across each business segment. As such, we looked at the run times and quite frankly our stringlines of every train symbol across the network,” Paul Duncan, vice president of network planning and optimization, said in an interview this month. “We wanted to ensure that we had a simple, executable, and consistent plan. We wanted to ensure that the scheduled run times — not only between stations but for the full length of the train — were synched with what we could consistently achieve and deliver for our customers.”

On the productivity side, NS wants to makes the most of its locomotive fleet while conserving as much fuel as possible and still meeting shippers’ needs. The new plan has increased train lengths and weights, relies more on distributed power, and includes the operation of more trains that blend different types of traffic.

“Where it made sense for us to blend traffic across business segments to increase the frequency and velocity of cars, as well as the service and consistency for all customers, we identified those opportunities and put those in place,” Duncan says.

NS also aimed to smooth operations at terminals and line of road by adjusting train schedules.

As a result, NS adjusted the schedules of 180 of its 200 scheduled road trains, as well as its local network. Some of the schedules involve longer run times, while others call for faster transit times.

“We did reduce mainline work events at a number of locations which has improved the consistency of our performance across the mainline and contributed to increased average mainline speeds,” Duncan says. “Horsepower per ton thresholds were also calibrated across the system to balance service improvement with productivity.”

An intermodal revamp looked at the railroad’s highest density intermodal lanes, including Chicago to Harrisburg, Pa., Philadelphia, and New Jersey as well as Chicago-Atlanta.

The changes result in longer trains, more frequent departures, and more consistent service, Duncan says. If a container misses a train, it just has to wait six hours for the next departure, rather than 12 to 24 hours under the old plan, Duncan says.

NS made similar changes in its Chicago-Atlanta service, where a second daily train pair was added and terminal operations were tweaked. Calumet Yard will handle domestic business, while Landers Yard will handle international trains. This simplifies well car assignments because domestic and international containers use different equipment, and will create capacity in both terminals while enabling NS to build longer trains.

In Atlanta, NS is relying on the switching capabilities of its Inman intermodal terminal to add blocks to trains, which also helps create greater service frequency, Duncan says.