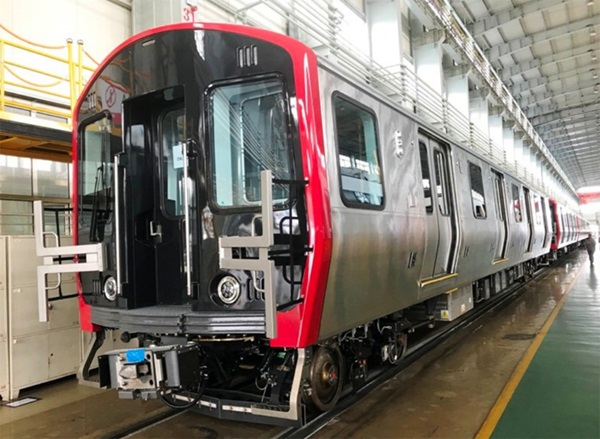 BOSTON — The Massachusetts Bay Transportation Authority has identified the primary causes of the March 16, 2021 derailment of an Orange Line train near Wellington station in Medford, Mass, deputy general manager Jeffrey Gonneville said during Monday’s meeting of the board which oversees the MBTA.

The slow-speed derailment led the agency to remove from service its newest Red and Orange line cars, built in Springfield, Mass, by an affiliate of Chinese manufacturer CRRC, as well as a temporary shutdown of a portion of the line to accelerate track repairs [see “Digest: MBTA sidelines new CRRC cars …,” Trains News Wire, March 17, 2021].

Gonneville told the Fiscal and Management Control Board meeting the incident occurred at a 46-year-old switch, which was not equipped with guard rails. The MBTA investigation found that the rotational force of the railcar’s truck was outside design limits, due to degradation of the side beam pads. Gonneville said, “We are all currently working now on strategies to reintroduce these cars back into revenue service.”

Gonneville had previously indicated the trucks were an area of concern as the agency continued its investigation [see “Digest: UP bridge in Oregon damaged by fire,” News Wire, May 11, 2021]. Five four-car trainsets, the first from an order of 402 cars for the Red and Orange lines, have been withheld from service since the derailment. — Dan Zukowski and David Lassen