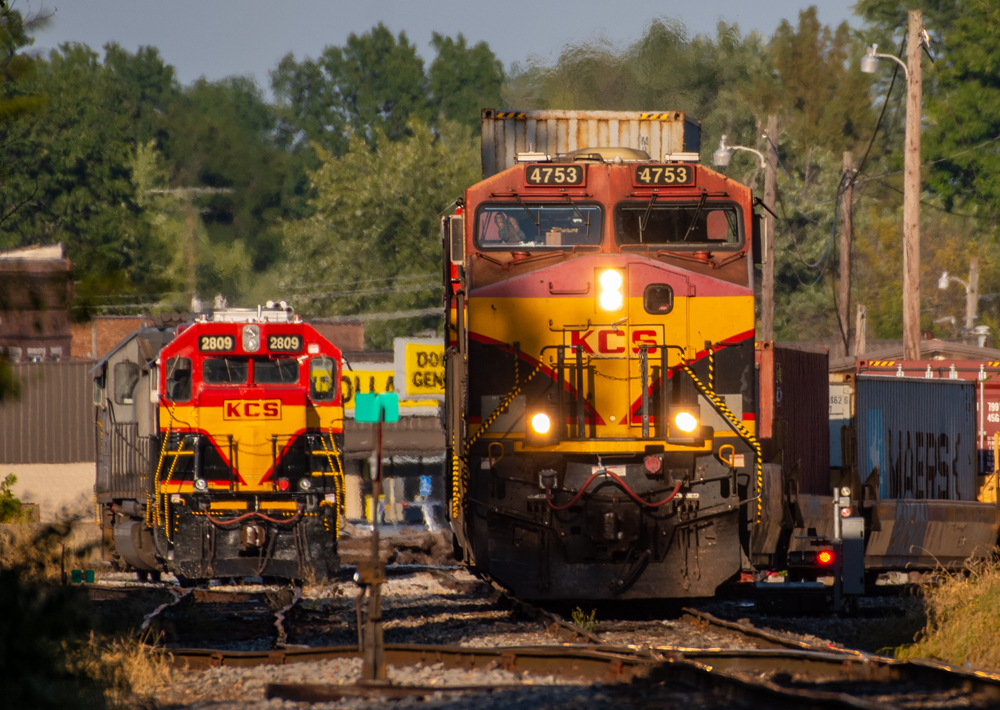 Earlier this year CN asked the Surface Transportation Board to condition approval of the CP-KCS merger on divestiture of KCS’s Springfield Line. CN promises to spend at least $250 million to create the Springfield Speedway, a new single-line route linking Kansas City with Detroit and Eastern Canada via the Illinois capital.

But Bartlett Grain Co., which opened a grain loading facility on KCS in Jacksonville, Ill., in 2013, says a divestiture to CN would end the single-line service it currently enjoys for grain shipments to Mexico. The $25 million Jacksonville facility includes a loop track that can accommodate 100-car unit trains.

“Nearly all of our shipments from Jacksonville go to Mexico,” Bartlett President Bob Knief wrote to regulators this week. “We made that investment to support shuttle service to Mexico that is a direct move from origin to destination on KCS.”

Last year Bartlett shipped nearly 11,000 cars from Jacksonville to its three unloading facilities in Mexico, which it purchased and expanded over the past seven years. “Bartlett does not want to jeopardize its substantial investments in delivering grain to the Mexican market and serving central Illinois grain producers,” Knief wrote.

CN has proposed preserving existing competition by providing CPKC with haulage rights access to customers on the route, as well as to interchange with Eastern railroads at East St. Louis.

But Bartlett fears that a CN takeover of the line would strand its Mexico investments.

“Adding an unnecessary handoff between CN and CPKC (whether CN begins to serve the plant directly or serves the plant by providing haulage to KCS) to move our grain to Mexico makes no sense when we have an efficient shuttle operation,” Knief wrote. “We don’t want our single line service to Mexico to be converted into a joint line move with haulage to Kansas City for handoff to CPKC to go to Mexico.”

Knief asked the STB to reject CN’s divestiture proposal and noted his support for the CP-KCS merger. The company is considering making additional investments in both the U.S. and Mexico if the merger is approved.

“For many of Bartlett’s facilities, such as Council Bluffs, Iowa, we could choose service to Mexico via UP, BNSF, or KCS. Since 2005 we have directed most of our traffic to Mexico from those facilities to Mexico via KCS-KCSM routes,” he explained. “I can state categorically that we were never forced to choose those options. UP and BNSF options were always available to us, but we chose KCS single-line routes on the merits because they best met our transportation needs by serving our end-markets best.”