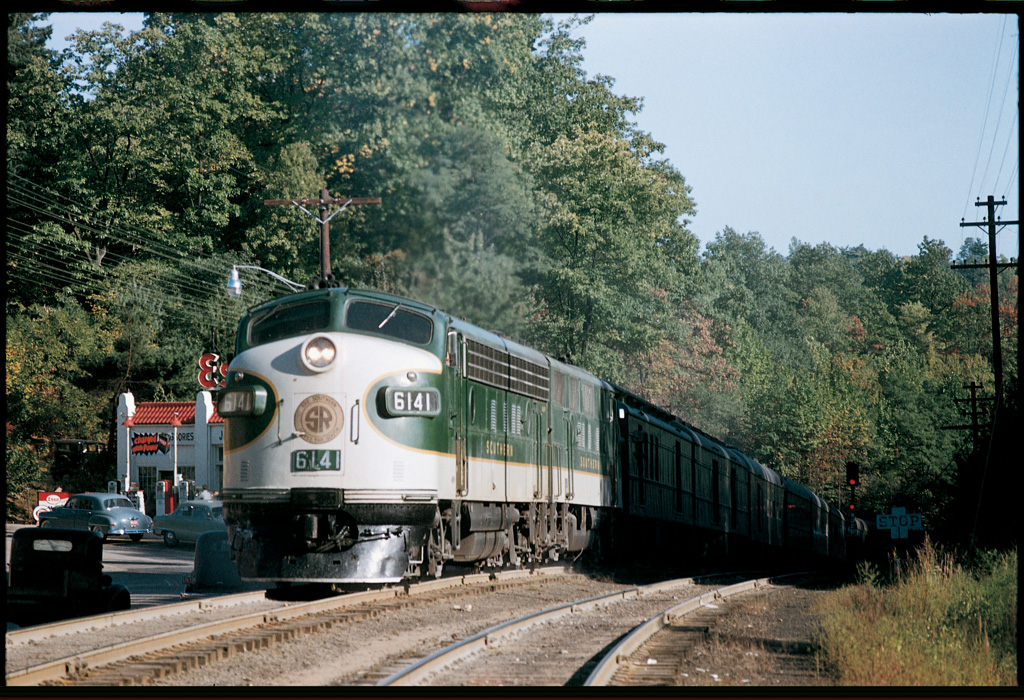 GREENVILLE, S.C. — Three non-profit groups say they have made an offer to Norfolk Southern buy the right-of-way of the inactive Saluda Grade — when active, the steepest main line in America, averaging a 4.7% incline with a brief stretch of 5.1% grade — with plans to turn it into a 31-mile rail trail.

The groups Upstate Forever, PAL (Play, Advocate, Live Well), and Conserving Carolina, say the trail would run from Inman, S.C., to Zirconia, N.C., passing through the communities of Gramling, Campobello, Landrum, Tryon, and Saluda. About 16 miles would be in South Carolina and 16 miles in North Carolina.

An outline of the plan on the Upstate Forever website says the trail “would make our communities better places to live, with more economic opportunity and more ways to explore the beautiful countryside” and says it would serve as “an economic engine to attract tourists, strengthen local businesses, and grow the local tax base.”

The groups say “negotiations are ongoing” with NS.

“Saluda Grade Trail will be an extraordinary recreational amenity for the residents of our region and could become a hub for a burgeoning network of connecting parks, trails and greenways across several counties,” Kieran Roe, executive director of Conserving Carolina, said in a press release. “The trail will also help preserve and promote awareness of the remarkable history of the Saluda Grade railroad, a 19th-century engineering marvel that was key to the growth and development of this part of the Carolinas.”

Norfolk Southern, in a statement to Trains News Wire, said it “regularly receives inquiries regarding the status of many of our strategic assets, including on corridors like the Saluda Grade. Out of respect for the inquiring parties, we do not provide any detailed information regarding these inquiries.”

NS historically has preferred to railbank routes rather than abandon them, and the Saluda Grade is no exception. The rails, while rusted and overgrown, remain in place. The late Jim McClellan, then NS senior vice president of planning, said in 2003 there was little cost in leaving the line in place and little to gain from abandonment: “Many of these lines actually have a net liquidation value that’s negative, after the environmental mitigation.” [See “Saluda Grade future: Possibilities for Southern’s mighty incline,” Trains.com, April 5, 2022].

The route saw its first through train in 1878, and its last on Dec. 9, 2001, when NS discontinued through service between Asheville, N.C., and Spartansburg, S.C. Considered the most dangerous stretch of mainline railroad in the country, it saw 14 men killed in 1880 alone; Southern Railway built two escape tracks for runaways in 1903, and NS operating instructions were so detailed that they covered six pages in the Piedmont Division timetable in effect at the time the route was closed.

The railroad subsequently a portion of the line, from Asheville to East Flat Rock, N.C., near the South Carolina border, to Watco, which operates it as part of its Blue Ridge Southern Railroad [see “Watco wins bid for North Carolina branches, famed Saluda route severed,” Trains News Wire, May 14, 2014].