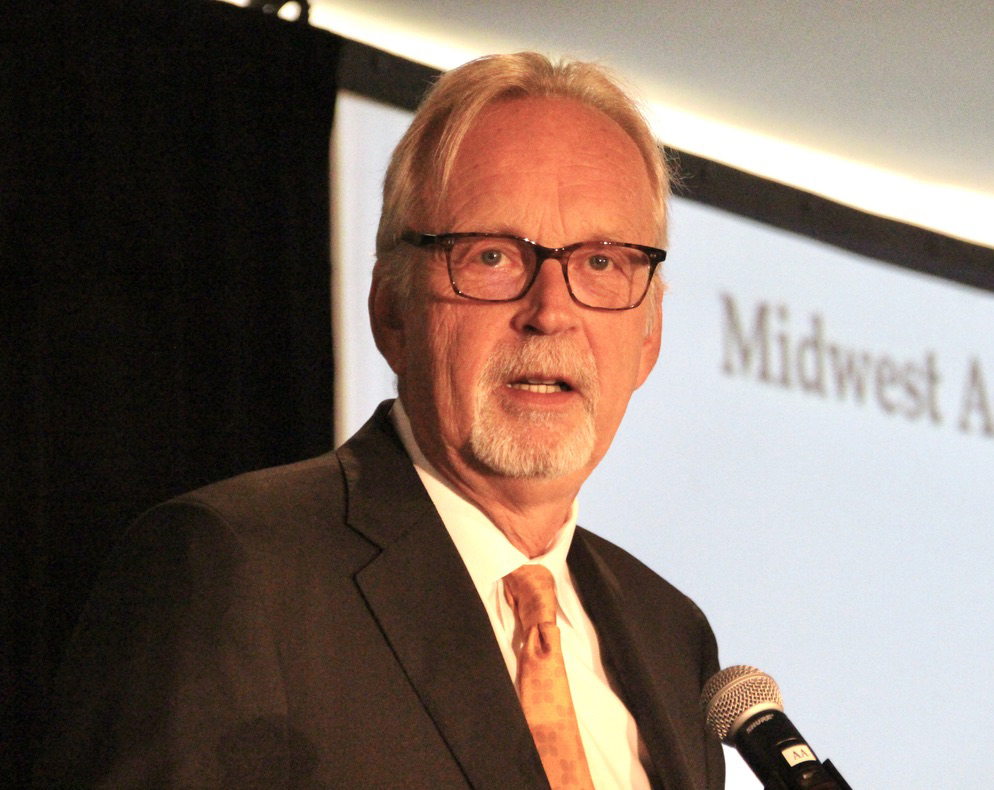 LAKE GENEVA, Wis. — It just may be that CSX Transportation CEO Jim Foote is a bit weary of hearing about the evils of Precision Scheduled Railroading.

In his customary blunt style, Foote gave that impression Tuesday when speaking to the Midwest Association of Rail Shippers about ongoing service issues for his railroad and the industry as a whole.

“This is not the way any person would want to run the company. And that’s why we’re working so hard. Because if we don’t serve the customers, we simply don’t make any money. That’s what we’re here for.

“We need to do a lot of things differently, and it has nothing to do with principles of scheduled railroading. That’s just nonsense. We’ve been talking about that way, way, way too long. It’s just an excuse. It’s an excuse to blame the railroad management for something they intentionally did. It’s insanity.”

Foote, like many railroad executives, contends the ongoing problems are strictly a matter of crew shortages.

“If I had the decision to make over again … we would have never laid off an employee,” Foote said. “Never. But there was no vision of the future, there was no idea what we expected to encounter.”

The expectation, he said, was that the business would follow the usual cycle of layoffs and recalls it has used through past. This time, though, it didn’t work that way. Train and engine crews were cut from about 7,000 at the end of 2019 to about 6,000; when workers were recalled, that number increased to 6,800.

The railroad then hired another 2,000 people — but today finds itself with about 6,600 train and engine employees.

“We have an issue with retention. … Half of them, in the first six months, quit, many of them in the early days of when they’re actually called to go to work on a regular assignment, or for the first time when they realize they’re going to have to work on a weekend or a holiday, or on their kid’s birthday.”

While he says the situation is “beginning to stabilize,” he says the company must find a way to make its jobs more desirable — echoing a theme he made in May at the North American Rail Shippers meeting in Kansas City, when he called for better relations with workers [see “Foote calls for fundamental change …,” Trains News Wire, May 10, 2022].

“We need to understand and we need to communicate and work more with our employees, so we can change what clearly has become a frustrating environment them. If we’re going to be successful … we must have a happy, productive, unionized workforce.”

Foote also touched on the naming of a Presidential Emergency Board to address the ongoing dispute between railroads and unions over a new national contract.