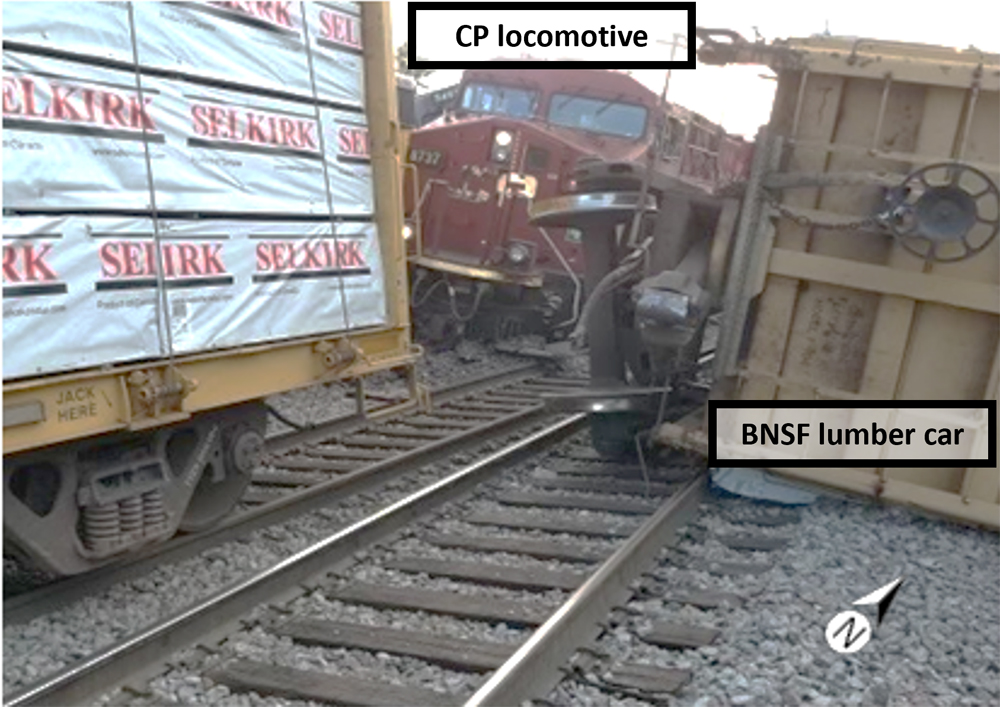 The preliminary report, released Wednesday, lays out basic facts of the accident but does not draw any conclusions or recommend any actions.

The Aug. 25, 2021, accident saw the eastbound CP train collide with a stopped Union Pacific train on the same track, derailing one locomotive from the CP train and two from the UP train; the derailed CP locomotive then struck a lumber car from a BNSF Railway train on an adjacent track [see “NTSB to investigate three-train collision …,” Trains News Wire, Aug. 27, 2021].

The report says CP train 296-23, which originated in Calgary and had four locomotives and 117 cars — 28 loads and 89 empties — had a failure of its onboard PTC system on Aug. 23. CP’s PTC help desk was unable to troubleshoot the problem and instructed the crew to proceed, per regular procedures. Upon arriving in St. Paul, the crew informed the BNSF dispatcher that the train was operating without PTC; the BNSF chief dispatcher authorized the train to proceed.

After stopping for a red signal at the Seventh Street control point, the CP train proceeded after receiving a diverging approach indication toward the next control point, Division Street, where the accident occurred.

No injuries were reported; initial damage was estimated at $674,000. The NTSB report indicates the ongoing investigation “will focus on train crew performance.”