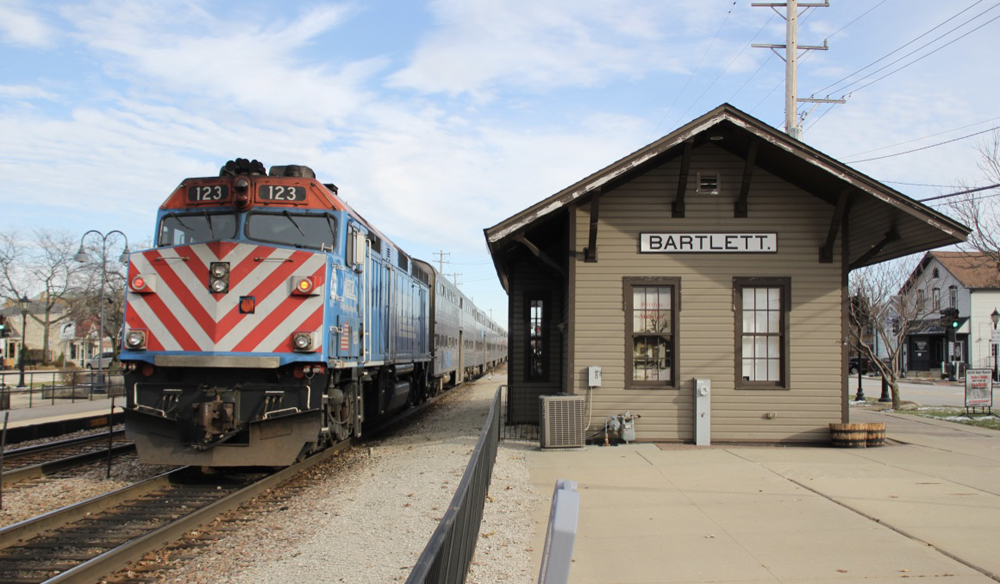 ROSELLE, Ill. — Eight Chicago suburbs are forming a coalition to voice concerns over the potential increase in rail traffic through their communities if the Canadian Pacific-Kansas City Southern merger is approved.

The suburban Daily Herald reports Roselle, Elgin, Barlett, Hanover Park, Schaumburg, Itasca, Wood Dale and Bensenville are asking residents to submit comments to the Surface Transportation Board no later than this Friday, Dec. 17.

Roselle Mayor David Pileski told the newspaper the increased rail traffic is “going to create more pressure on our community and be a safety hazard for the people living here.”

The merger filing by CP and KCS indicates the route through those would see an increase from three to 11 freight trains daily within three years of the approval of the merger [see “CP and KCS project dramatic rise in daily train counts,” Trains News Wire, Nov. 2, 2021]. The communities also see up to 40 commuter trains a day on Metra’s Milwaukee District West Line.

In the merger application, the railroad indicated it would work with towns along its routes concerned about increased traffic: “We will work hard to be a good neighbor and mitigate potential adverse community impacts,” CP CEO Keith Creel wrote.