Coal for steelmaking viewed as solid bet for long-term investment 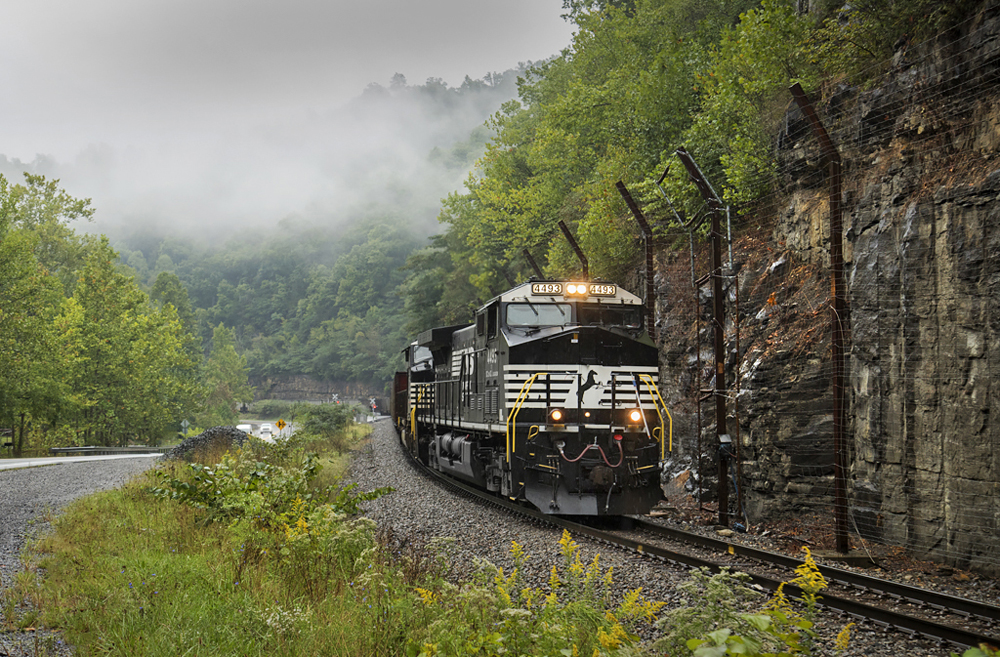 Part two of a look at the U.S. coal industry.

CHARLESTON, W.Va. — The COVID-19 pandemic may have shuttered economies and slowed industrial momentum, but a global rebound is helping coal producers refocus their long game on metallurgical coal investment as a broader initiative to diversify the sector. Met coal is a higher-priced coal used in the steelmaking process.

Railroads have longstanding relationships with producers in both industries, so as coal mines turn their focus to met coal, it’s natural that railroads will benefit in linking mines with the mills. Demand for metallurgical coal is driven by demand for steelmaking, and while steel demand fluctuates, as illustrated by the pandemic, it represents a reliable customer base for coal producers, compared to focusing only on electric utilities and the coal-fired power plant business.

For example, Arch Coal announced in early September it had begun operations at its new Leer South longwall mine in Barbour, W.Va. The loadout is located on the Appalachian & Ohio’s 158-mile railroad connecting with CSX Transportation’s ex-Baltimore & Ohio Mountain Subdivision at Grafton, W.Va.

Arch Coal’s $400 million investment in Leer South is expected to reach full production by the start of 2022. To quantify those tons as railcar loadings, if Leer South achieves its annual target of 4 million tons, that’s equal to more than 36,350 carloads per year — or around 300 trains per year, based on a 110-car unit train. Even at 2 million tons by rail, it remains a considerable volume that benefits the short line and Class I railroad.

Similarly, CONSOL Energy has resumed construction at its Itmann mine in southern West Virginia after pandemic-related setbacks. CONSOL is investing $90 million to develop the Itmann site, which will be capable of producing 900,000 tons of its own metallurgical coal and up to 1 million additional tons of third-party coal. A recent article by the Pittsburgh Business Times notes CONSOL is targeting a start date of late 2022. When complete, CONSOL expects a rate of return of around 25% spanning a 20-year period.

As coal producers share updates on their metallurgical projects, the U.S. steel industry is touting its growth in response to a recovering economy. According to the American Iron and Steel Institute, U.S. steel mills shipped 8.27 million tons in July 2021, a 37% increase from July 2020. This year, steel shipments are up nearly 15% compared to 2020 volumes.

Demand is particularly strong with corrosion-resistant sheet steel and strip, up 23%; cold rolled sheet, up 17%; and hot rolled sheet, up 9%, the institute notes in a year-over-year comparison through the end of July 2021.

As coal producers market to steelmakers around the world, having access to rail-served export facilities will remain integral. Coal-exporting facilities across the U.S. handled 10.3 million tons of metallurgical coal during the first three months of 2021, while much of the nation was still waiting a vaccine rollout. Of those 10.3 million tons, more than 6 million tons, or 58%, was exported via Norfolk, Va., where NS and CSX operate coal export facilities. Mobile, Ala., is the second large player, having handled 2.2 million tons, or 22% of the country’s coal exports in those first three months. In Mobile, exporters like Warrior Met Coal gain access to international customers via the Gulf of Mexico. The third largest export facility is Baltimore, Md.; it handled 1.7 million tons, or more than 16% of the export market. Both CSX and NS serve the Maryland port.

It’s no surprise that these exported volumes correlate with an analysis from the National Bureau of Statistics of China that Chinese steel mills produced nearly 12% more steel in the first half of 2021 compared to the same period in 2020. China also achieved a record-breaking month in May when it produced 99.4 million tons of steel, according to a Reuters report.

Likewise, Brazilian steelmakers are experiencing their highest monthly production rates since October 2018. In May, the country produced more than 3 million tons, equal to a 40% growth compared to May 2020.

As coal producers and the tightly linked rail industry focus on the coal marketplace post-pandemic, it’s a sure bet that investment in the sector will be on met coal.