Trucking constraints likely block use of larger box in U.S. 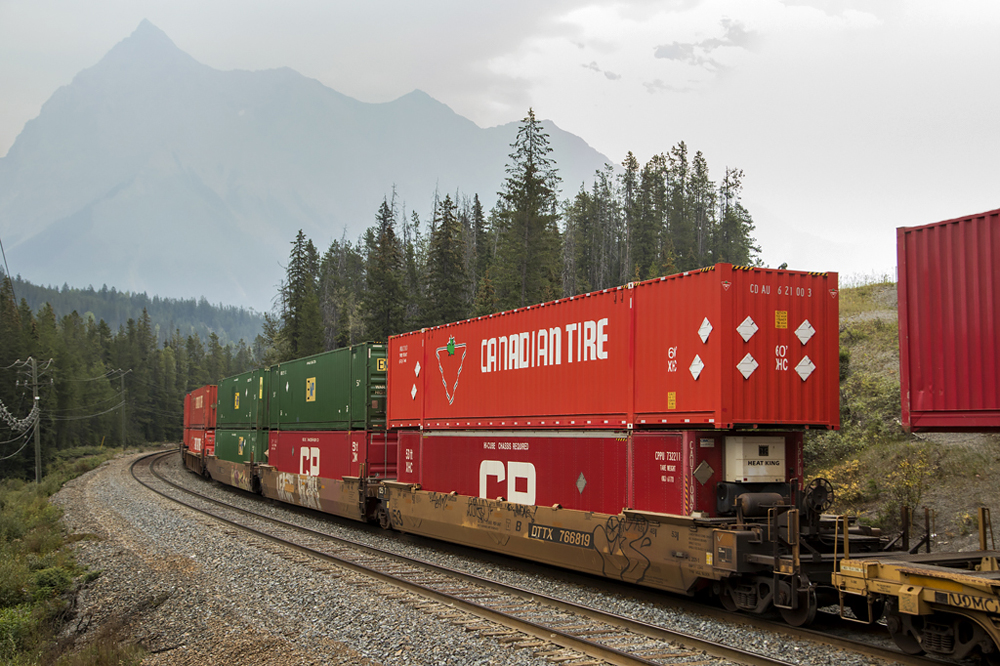 U.S. federal regulations limit trailers to 53 feet and while states can request oversize units, Gross says the load typically needs to be indivisible, which is not the case with a 60-foot container. In comparison, provincial governments in Canada allow longer truck lengths, which accomodates the 60-foot container as long as they are hauled by short-wheel-base tractors in order to comply with overall total truck length.

In Canada, some provinces allow total truck and trailer lengths of 75 feet, while the U.S. standard is closer to 72 feet.

“Beyond that, the highway weight laws are more generous in Canada than in the U.S.,” he says, allowing Canadian Tire to take advantage of the 13% additional cube offered by the 60-foot compared to the U.S.-standard 53-foot container.

In the U.S., the maximum truck weight on highways is 80,000 pounds gross weight, while certain provinces in Canada allow up to 120,000 pounds. Gross says in the U.S., the extra weight of the longer box and chassis would come directly out of the 80,000-pounds, thereby limiting payload capacity.

“Lastly, if you’ve ever watched a 53-foot rig negotiate a corner, you will be familiar with ‘off-tracking’ which is simply the amount of encroachment on the inside of the turn on the part of the trailer tandem,” he says. “You’ll see situations whereas the truck tries to make a right turn, the back end of the trailer starts coming close to or onto the sidewalk. In the case of a left turn, the issue is conflict with waiting cars on the cross street who are watching the rear end of the trailer get uncomfortably close to their front bumper. The greater the distance between the trailer kingpin and the centerline of the tandem, the worse this issue becomes.

“Bottom line is I don’t see 60-foot boxes in [the United States’] future.”

Canadian Tires’ 60-foot container is the result of a close partnership between Canadian Pacific and the retail company, debuted in 2017, for use on Canadian Pacific’s coast-to-coast intermodal network in Canada. Canadian Tire has more than 500 retail locations and more than 22 million square feet of rail space across Canada.

8 thoughts on “Analysis: Canada’s 60-foot container will likely stay north of the border”