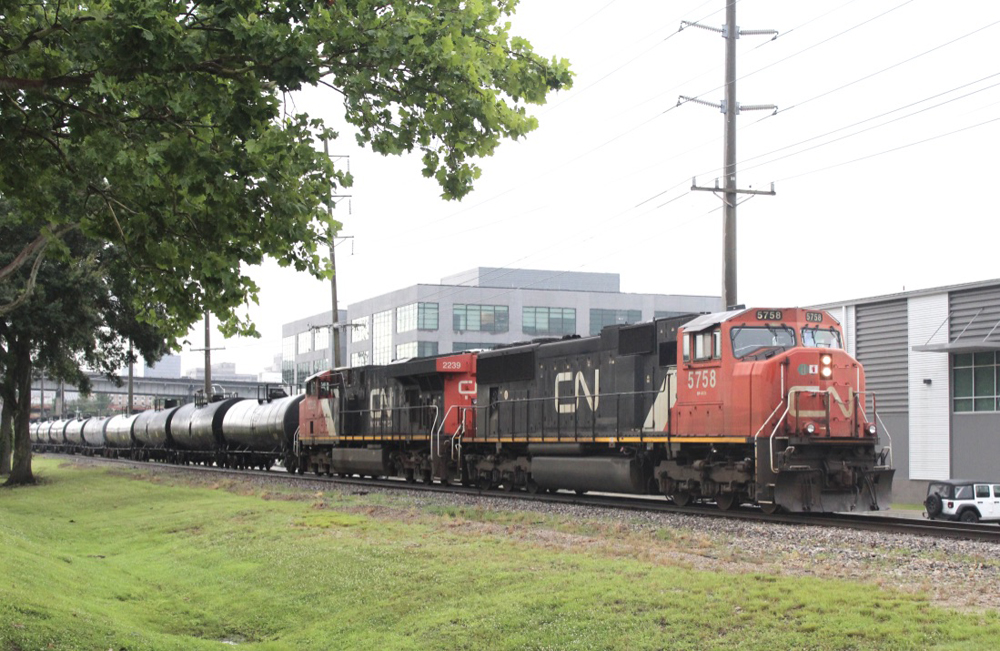 WASHINGTON — Amtrak has questioned Canadian National’s plan to sell Kansas City Southern’s route between New Orleans and Baton Rouge, La., as part of the planned merger of the two railroads, a plan which would see CN retain the right to operate on the route along with a freight tenant.

The Amtrak comment came as part of a flurry of filings to meet the Surface Transportation Board’s June 28 deadline to comment on CN’s request to place KCS in a voting trust while the merger undergoes regulatory scrutiny.

Meanwhile, Canadian Pacific, which is still pursuing a merger rejected by KCS in favor of CN’s higher-dollar offer, has promised cooperation with Amtrak in a letter to a Louisiana state official.

Canadian National cites the “divestiture” as a key element to satisfy competitive concerns, but Amtrak’s filing argues that CN’s plan is “the equivalent of a homeowner selling their house but reserving the right to continue to live in it.”

The state would not only need to purchase the line, but also be saddled with annual maintenance costs and infrastructure improvement. These would include replacement of a slow-speed wooden trestle across the Bonne Carre Spillway into Lake Ponchartrain. In a multi-year project, Canadian National recently replaced its own 2.2-mile wooden structure, used by the City of New Orleans, with a concrete bridge following a 2016 fire. [see “CN provides first look at capital plans …,” Trains News Wire, Jan. 8, 2019].

In a letter available here, Creel acknowledged the line’s capital needs, and writes, “If we are successful (in acquiring KCS), we would be in a strong position to ensure the level of maintenance is up to a mainline standard that would efficiently support both freight and passenger operations.”

He also writes, “I can’t speak for KCS, (but) in looking at Meridian to Shreveport to Dallas, if successful, CP would be committed to reviewing and participating in studies with the goal of introducing a (passenger) train pair in that corridor.” The letter adds the caveat that the company would need Norfolk Southern’s support, since improvements had already been made as a joint venture, and Union Pacific would be involved west of Shreveport rather than utilizing KCS’ more circuitous route to Dallas.