Return of daily service brings challenges and opportunities, such as a 50% off sale for coach customers 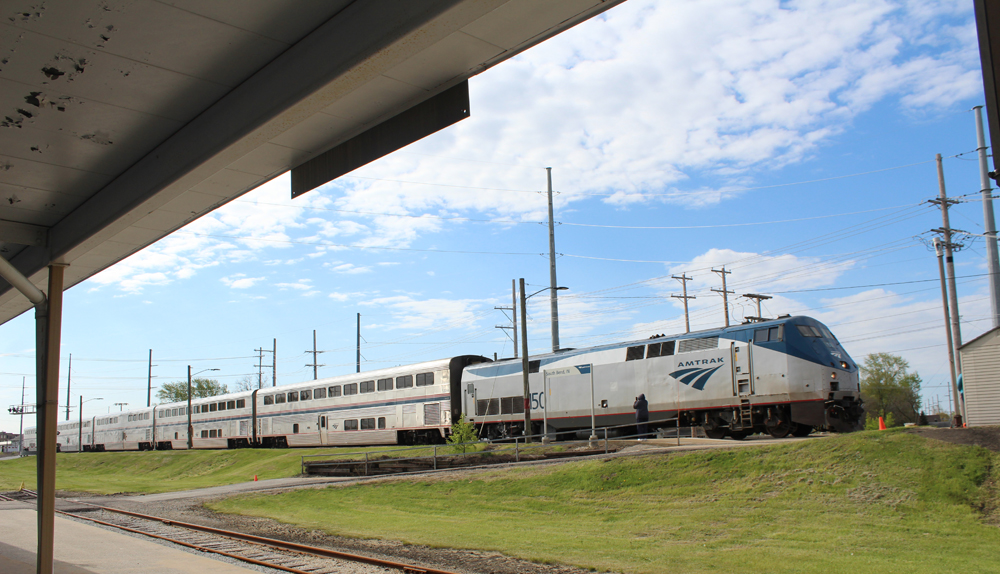 Finally ready to make that long-postponed train trip? Amtrak’s reservation system, both the www.amtrak.com version and the smartphone app, works reasonably well for travelers on East, Midwest, and West Coast corridors only looking for a coach seat on routes with multiple departures. But for anyone planning a longer trip on trains departing only once a day (or less), or that might involve sleeping car space, booking can often be difficult. Here are some useful tips to help get around some of the usual obstacles.

With coach and sleeping car inventory disappearing every day — once a train departs, that space can no longer be sold. As demand increases, Amtrak management maximizes revenue by practicing “yield management” pricing, for the limited seats, roomettes, and especially bedrooms — which keeps prices high.

Even though some equipment is being added, all trains may not get enough coaches or sleepers to justify lower prices. A spot check of adult fare summer Chicago-West Coast Empire Builder and Southwest Chief sleeping car prices on April 10 and May 2 (the parentheses indicate the number of rooms available at that price):

Splitting between coaches and sleepers

One way to get around the high prices on longer journeys is to ride in a different class for part of the trip. In the Empire Builder example above, buying a Chicago-Glacier Park, Montana, roomette on July 2 would cost $874 but the second night between Glacier Park and Seattle is priced at $495. Generally, the second night of a two-night trip is cheaper.

Other route segments with lesser demand where this strategy works well are the California Zephyr west of Grand Junction, Colo., and the Texas Eagle-Sunset Limited through cars that operate between Chicago and Los Angeles.

When booking a split-accommodation trip, it’s best to use an Amtrak reservation agent at (800) 872-7245 (USA-RAIL) so that the passenger only pays a through rail fare, which is always lower than if booking two separate segments online. Amtrak Guest Rewards members can also try this technique for part of the trip, depending on the number of available points and whether it makes sense to “earn” or “burn” them

Amtrak also unveils occasional limited time-only discounts, such as a recent “companion rides free in a roomette” sale. As of early May, the company is offering a non-refundable “50% off or maximum $50 fare” through May 5, 2021, good on any train in coach or Acela Business Class for travel between June 2 and Nov. 13, 2021. Complete details of the sale are available here.

Though not good on Amtrak Thruway buses, California’s Pacific Surfliners, the Pennsylvanian or Keystone Corridor, the fare applies to each train’s one-way segment, as long as the segment currently has fares available in the lowest “bucket,” or price range. So, depending on the date, a coach ticket from New York to Los Angeles on the Lake Shore Limited and Southwest Chief or the Crescent and Sunset Limited can be only $100. That’s bizarre!

Choosing the right day can help

The phased return to a daily schedule (except the Los Angeles-New Orleans Sunset Limited and the Chicago-Washington, D.C.,-New York Cardinal, which remain triweekly) over a three-week period beginning May 24 was announced in early March. As we pointed out at the time, booking a trip on a day the train wasn’t running between October 2020 and May 2021 meant ticket choices were wide open [see “As Amtrak restores long-distance service, best prices are on ‘new’ dates,” Trains News Wire, March 11, 2021].

Since that advisory, sleeping car space has filled up rapidly; the Empire Builder and Southwest Chief pricing examples shown above had been “off” days since October, while many days when trains had previously run were completely sold out. Coach seats, which started out at 0% sold, are now hovering in the 30% range. So it pays to check the reservation system for as many dates as possible when planning a trip.

On certain routes, Amtrak uses different train numbers for the same train because the equipment might diverge to different destinations. These are:

When heavily booked conditions occur, Trains.com has noticed that sellouts might take place in coach or sleeping car accommodations at different points along the route. So a train may appear to be sold out for a longer trip when it has inventory all the way through on two different train numbers.

Veteran sleeping-car travelers are familiar with this phenomenon when being forced — at least in the reservation system — to switch rooms en route. A Chicago-to-Reno, Nevada, trip on the California Zephyr last October required two switches on paper — but the sleeping car attendant was able to eliminate a change at Grand Junction, Colo., by simply advising a passenger boarding there that they had been assigned a different room.

A Trains.com analysis of sellouts during the last seven months shows each of the trains had a segment that sells out on either train number or have only a handful of seats remaining, which results in an unnecessarily high fare for the entire trip.

With Amtrak lifting its 50% coach capacity limits as of May 24, the problem is less likely. Yet demand is increasing as well, so if a sell-out is encountered on one of these trains, it is possible to pinpoint where that occurs by putting in intermediate origins and destinations. Obtaining a through ticket will likely again involve calling an Amtrak agent, who might be able to put together a fare between the two “trains” that works. Of course, no one who boards will have to change seats!

Before the COVID-19 pandemic, there were several private operators who would reserve space and advertise escorted tours on Amtrak. Today, only Amtrak Vacations, at www.amtrakvacations.com, offers that option.

Amtrak Vacations, a private franchisee that receives preferential rates from the railroad, aims at travelers who may not be familiar with long-distance passenger trains. It is also a good source for the uninitiated to learn sleeping-car accommodation basics, such as the difference between a bedroom and roomette, as well as the latest information regarding onboard amenities and dining. These continue to evolve as health regulations change.

The company offers free, interactive webinars on selected topics. in May, the subjects include:

Roger Harris, Amtrak’s Executive Vice President and Chief Marketing and Revenue Officer, tells Trains.com the company has the ability to “create a customizable package from anywhere on our system.” That ability could help bring aboard travelers who have not ridden Amtrak before.