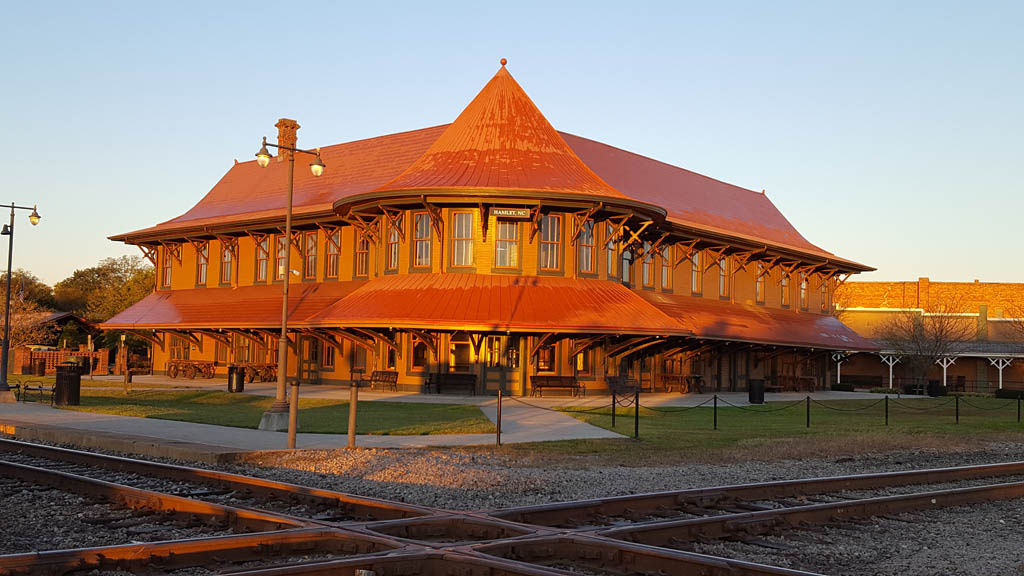 Visiting my home town of Hamlet, N.C., and doing some early morning trainspotting, I took this photo just before the arrival of the northbound Amtrak Silver Star. This was shortly after sunrise and the sun is beginning to dry the heavy dew from the station roof. The Silver Star made a quick stop and a crew change and then headed for New York City. Seaboard Air Line Railroad opened the Queen Ann-style station in 1900. It was completely refurbished early this century. The station area is busy each day with CSX Transportation freight movements.

The 1913 former Chicago, Burlington & Quincy depot in Plano, Ill., on what is now the BNSF Railway Mendota Subdivision might look like your average depot at first glance. It is historically significant; once serving Burlington Route's famous silver "Zephyr" trains, it was added to the National Register of Historic Places in 1993. But this depot is also a movie star. In 2011, Zack Snyder chose downtown Plano to represent Smallville, Kan., the boyhood home of Superman, for the reboot movie "Man of Steel" (released in 2013). The depot stood in as the Smallville City Hall and police headquarters. Much of the action in the climatic battle between Superman (Henry Cavill) and General Zod (Michael Shannon) was filmed right in front of the depot. The two parking lots on either side of the depot were transformed into false buildings that were blown up. As a result of the movie, Plano now hosts "Smallville Super Fest" every August, and the depot is at the heart of it. Several props from the filming of "Man of Steel" can be seen in the old freight wing, including a prop cab of a Union Pacific locomotive that was thrown at Superman. The depot never stopped serving passengers, and today both of Amtrak's Quincy Service trains stop here.

Penn Central's newly opened Capital Beltway Metropark Station hosts a New York-bound train. Gauntlet tracks were built to allow clearance to the high level platforms for freights and passenger runs that weren't stopping. The location was sound, but the facilities were not, and this station was closed October 1983 in favor of a new station connecting with D.C. Metro system at New Carrollton, just to the south of here.

An outbound mid-day train makes its station stop at River Grove, Ill., on Metra’s North Central line during a cold spring downpour. Luckily there was no lightning, or I would not have been standing out in the open; although I was camped under a small shelter to protect both me and my equipment.

Amtrak Hiawatha No. 341 makes its station stop at the old Sturtevant depot in Racine County, Wis., in this time-exposure image. The old depot is now gone; replaced by a new facility about 1 mile north. When the train was approaching, I had the camera’s aperture wide open to f/3.5. As the train got closer, I used my judgment to slowly close the aperture, until the train was at my location, by which I had closed the aperture down to f/16. I knew from previous experience just about where the train was supposed to stop. Considering the amount of guesswork needed to pull this shot off, I’d say I got lucky that evening.

In the fall 1997, sheep were still being rounded up at Bergün station on the Rhaetian Railway’s famous Albula line for shipment in four-axled, wooden freight cars. The platforms and the area around this station in Switzerland have since then been completely modernized, and such bucolic scenes are a thing of the past.

The Point of Rocks, Md., station was built by the Baltimore & Ohio in 1873. It is located at the junction of the Old Main Line from Baltimore and the Metropolitan line from Washington.

An eastbound CSX Transportation coal train approaches the historic ex-Baltimore & Ohio passenger depot at Point of Rocks, Md., on the Metropolitan Subdivision following a massive snow storm which swept through the mid-Atlantic region, dumping more than 2 feet of snow. The depot was designed by E. Frances Baldwin, a noted architect of that era, and was constructed in 1873. The depot is now used as a MARC commuter train station.

It was another boring, glorious night in Santa Barbara, Calif., and the evening Pacific Surfliner, with F59PHI No. 462 in the lead, was arriving from Los Angeles. The classic Southern Pacific, Spanish Mission Revival Style station was built in 1902 and renovated in 2000. The station was placed on the National Register of Historic places in 2006. Last year the station was the 13th busiest in California.

Erie Mining No. 4211 and Soo Line No. 2500 sit at the Duluth & Iron Range depot in Two Harbors, Minn., with the "Streamliners to Two Harbors" special.

When I visited the Statue of Liberty in 2010 I caught the ferry at the Communipaw Terminal in Jersey City, N.J. When I look at this picture I always try to imagine how this concourse must have looked when it was full of trains and people. The last trains left the station in April 1967. Now they use it as part of Liberty State Park. I recommend if you are in the area it is well worth the stop.

A shot I've always wanted and finally got was a train passing the station in Prince, W.Va.

A stop at the Novosibirsk station on the Trans-Siberian. On the second morning out, a lot of stretching and walking around during a 15 or 20 minute stop. The woman alongside the train is our car attendant.

This old station in Sturtevant, Wis., was built in 1901 by the Milwaukee Road. Sturtevant’s passenger service was discontinued by the mid 1960s, but was restored with the start-up of Amtrak in 1971. The building deteriorated over time, and in 1998, village officials applied for a federal grant to construct a new station, while moving to prevent demolition of the old one. The new station was popular with passengers because of ample parking, safe lighting, and easy access. After the opening of the new station, ridership for Sturtevant rose by 16 percent. CP offered a choice of razing the old depot or moving it. The structure was moved to its new home in October 2009.

Photograph by Thomas A. Anderson

This “Trackside with Trains” photo contest result comes from August 2018. The theme was “Stations.”

Trackside with Trackside was a regular, periodic contest among Trains website visitors from the earlier 2000s until October 2018. Anyone in the world who wanted to participate, could, and with rare exception, have their images judged by viewers with results made final later in the week or month. 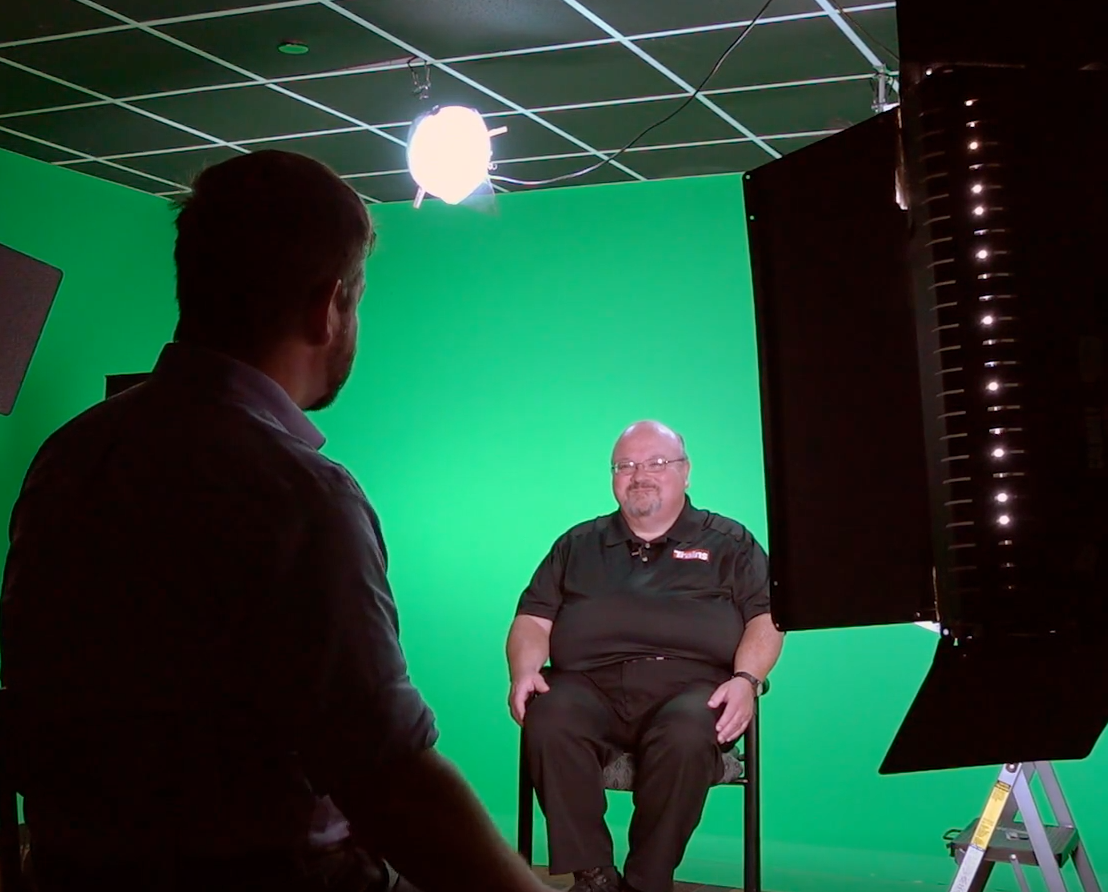 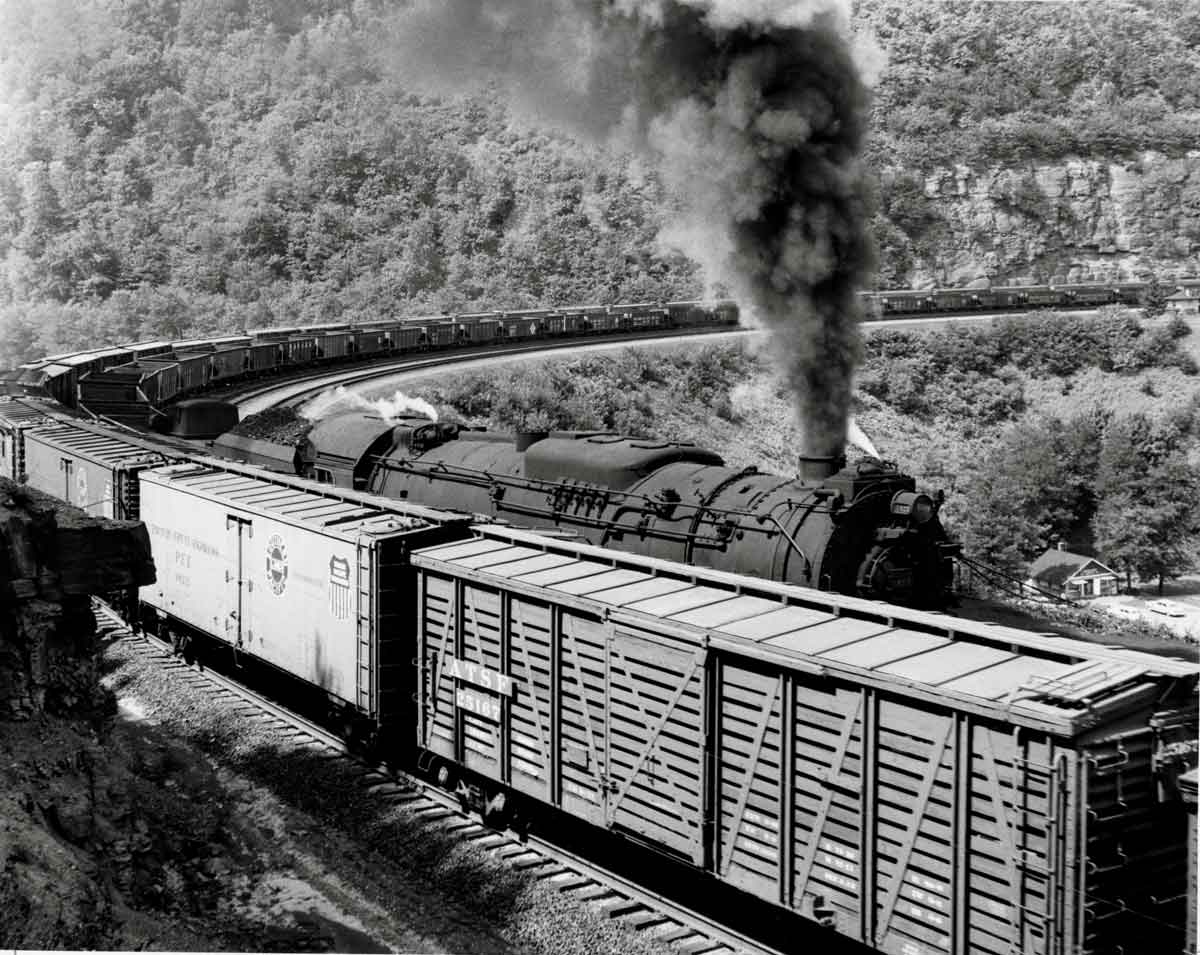 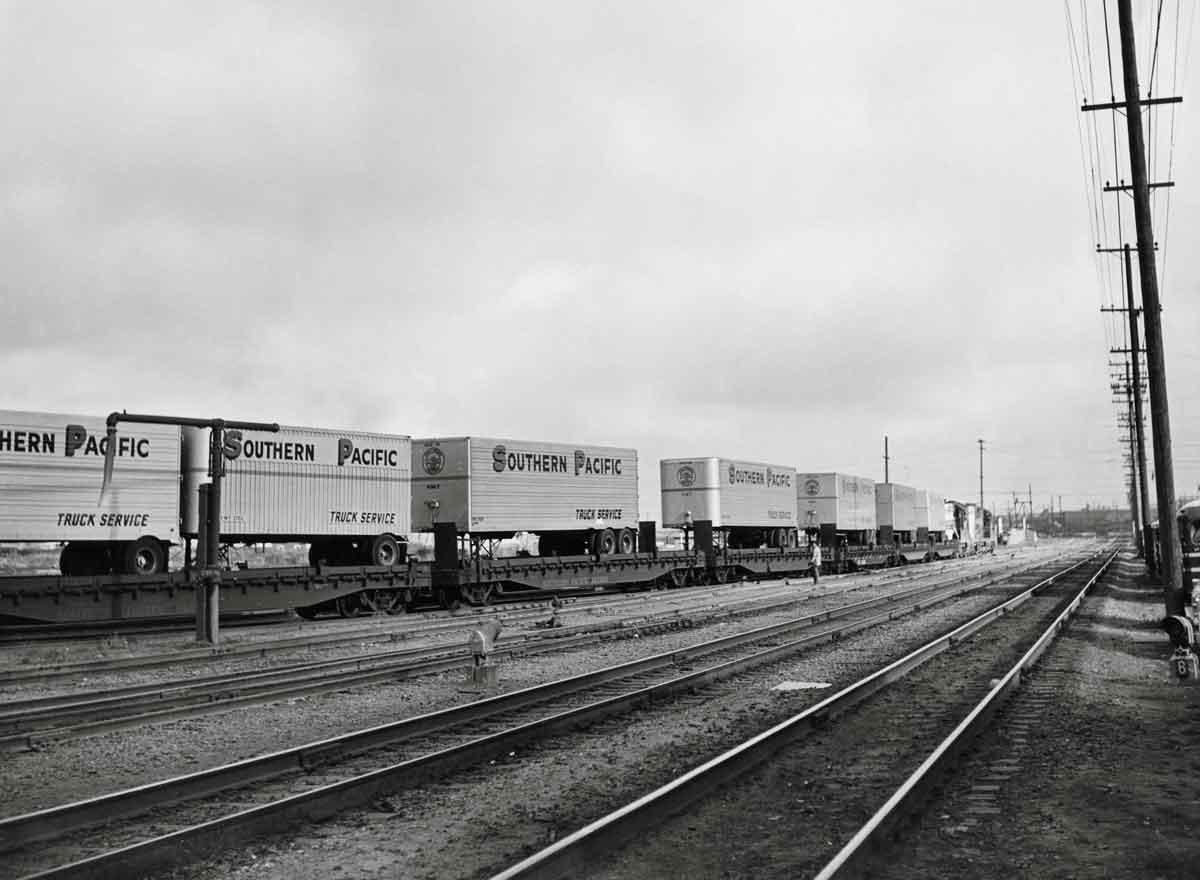 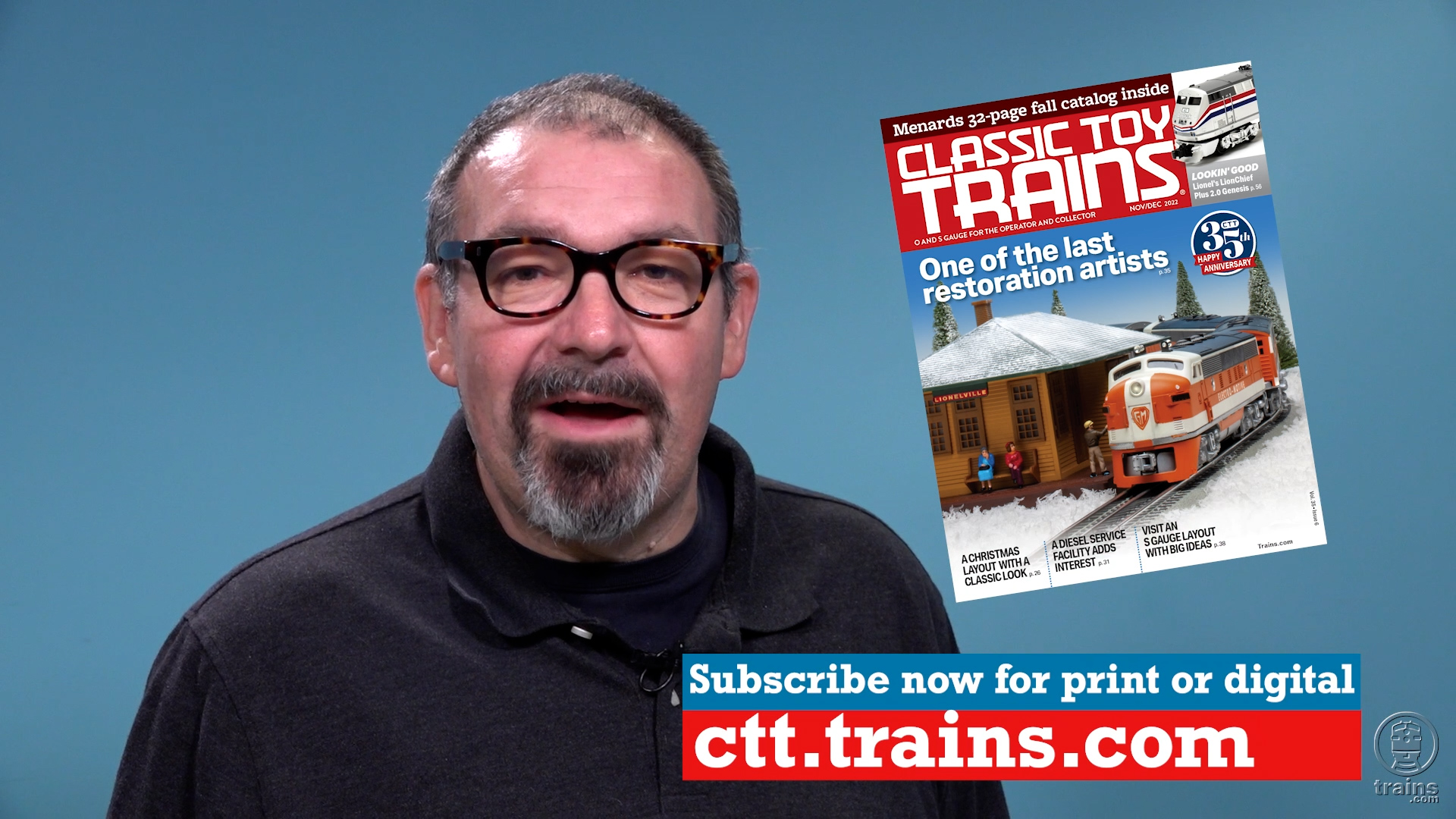