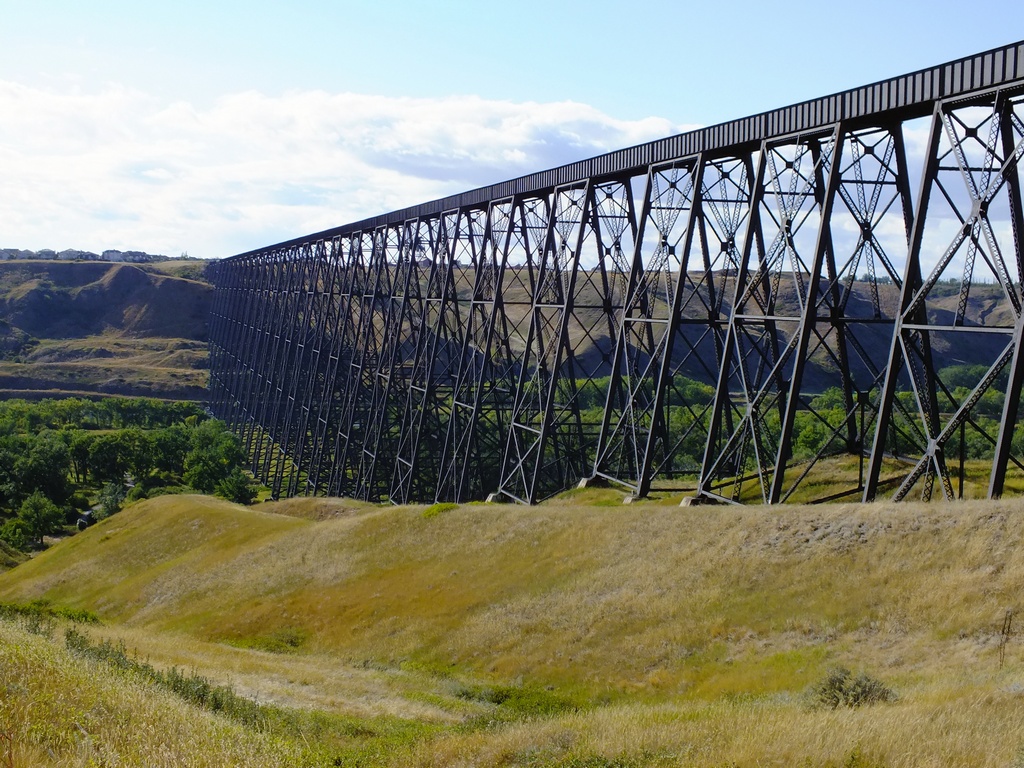 A bridge, now abandoned, at milepost 18.6, on the White Pass & Yukon Route as seen from a WP&Y train.

I always enjoy fanning the James River Trestle in Lynchburg, Va. I caught this Norfolk Southern manifest train one hot August afternoon as it crossed the trestle...

Norfolk Southern’ s Lake Ponchartrain bridge at 5.8 miles is the longest railroad bridge in the United States. It host a variety of freight trains as well as two Amtrak trains daily. This unit grain train with Union Pacific and NS power is heading south out toward the north drawbridge. The north shore end, being next to U.S. Highway 11 is a great place for taking pictures of trains going and coming off of the bridge.

In 2012, Norfolk Southern borrowed Nickel Plate Road 2-8-4 No. 765 for a series of employee specials, and my son, Jem, then age 12, and I went down to Harrisburg to make photos of the train crossing the Rockville Bridge. Jem and I set up at Fort Hunter, north of the bridge, on the “wrong” side, the shady side, and we got decent photos as the steam train went east from Enola Yard to Harrisburg on its first trip. As we waited for the return leg, what should we see come out onto the bridge but the NS executive train, with A-B-B-A F units at the head! Imagine our surprise when the train slowed, then stopped, right in front of us, and we had the perfect view of the meet when 765 came west. Only later did we find out that NS’s official photographer, Casey Thomason, had set up the whole thing so he could photograph it from the air. I hate to tell you, Casey, but we had the better vantage point, and thanks very much.

Photograph by Oren B. Helbok

Jacobs Ladder Trestle on the Mount Washington Cog Railway – the structure itself is not stupendous, but Jacob’s Ladder’s claim to fame is that it’s the steepest grade on the Cog at 37.4 percent. That makes it the railroad bridge with the world’s greatest track grade. To access the photo location I hiked up the Jewell Trail from Marshfield station. I joined the Appalachian trail in the col between Mount Clay and Mount Washington. From there, I slabbed over to the track and boulder-hopped 600 feet lower in elevation to reach this vantage point. From having ridden the steam-powered train the day before, I knew it would be on Jacob’s Ladder around 9:45 a.m. so I actually started my hike before sunrise to be in position for my hoped-for shot. It was my good fortune to have beautiful weather. I regularly do railroad photos from walk-in locations, but this hike was easily the longest and most strenuous – I hung around to get shots of some of the following biodiesel-powered cog trains. I was back down to my car around 3:00 p.m. Locomotive is No. 9, one of two steam locomotives still kept in operating condition at the Cog. It has four double-acting cylinders operating through a 5:1 gear ratio which gives 40 powered strokes per revolution of the cog gear that engages the rack. There is no Johnson bar – no need for nuanced valve cutoff adjustments on such a steep grade.

Nickel Plate Road No. 765 roars across the Rockville Bridge during the celebration commemorating the 30th anniversary of the Norfolk Southern Railway. The Lima-built 2-8-4 Berkshire hauled NS employees and their families between Enola Yard on the west side of the Susquehanna River across the Rockville Bridge to downtown Harrisburg, Pa., and back. The Rockville Bridge, at the time of its completion in 1902, was, and still is, the longest stone arch railroad viaduct in the world. Constructed by the Pennsylvania Railroad, the bridge has forty-eight 70-foot spans, for a total length of 3,820 feet.

I took this image in the late summer of 2011 in southern Alberta, Canada, standing near its eastern end. It’s a famous bridge, the longest steel rail trestle in the world, and deemed the largest structure of its kind extant. It is known locally as the High Level Bridge.

Norfolk Southern's former Southern Railway "Rathole" crossing of the Kentucky River is the highest bridge in the U.S. over a navigable stream at 308 feet. Here, a southbound empty welded rail train crosses.

A bitter cold New Years Eve 2016 finds CSX ethanol train K610 rolling high above the campus of the University of Pennsylvania next to Franklin Field in Philadelphia with a pair of western visitors for power. The train is utilizing the former Pennsylvania Railroad's "High Line," which was used by freight trains to bypass 30th St Station.

The Alfred Smith Railroad Bridge, crossing the Hudson River just south of Albany N.Y., connects Selkirk Yard with Boston and New England. This is a vital transportation link, and more rail traffic traverses this bridge than any other connections between New England and the remainder of the U.S. The structure was constructed by the New York Central Railroad in 1924, and now carries freight for CSX Transportation. In this winter view from southeast, from an elevation of 1,600 feet, we see the railroad bridge, the parallel highway bridge which carries the Berkshire Extension of the New York State Thruway and the Hudson River. New York’s capital, Albany, is readily visible some 12 miles further north. The bridge is almost exactly a mile in length, and provides a clearance of 139 feet above mean high water, allowing large ships access to the inland deepwater port of Albany. The scale of the bridge is best appreciated from above, and is all the more evident when comparing it to the seemingly minute size of the westbound stack train.

This “Trackside with Trains” photo contest comes from August 2017. The theme was “Biggest Bridges”. 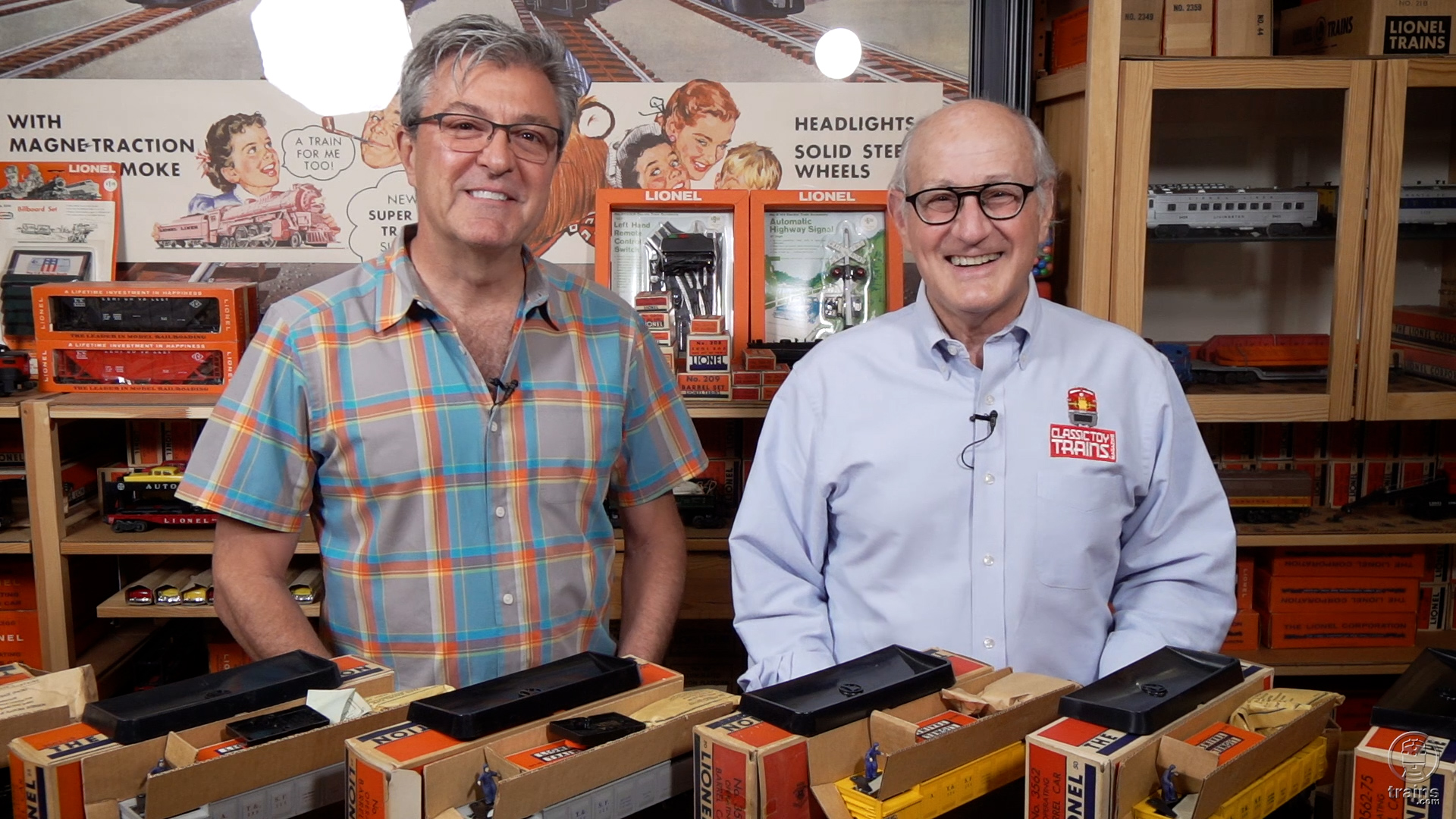 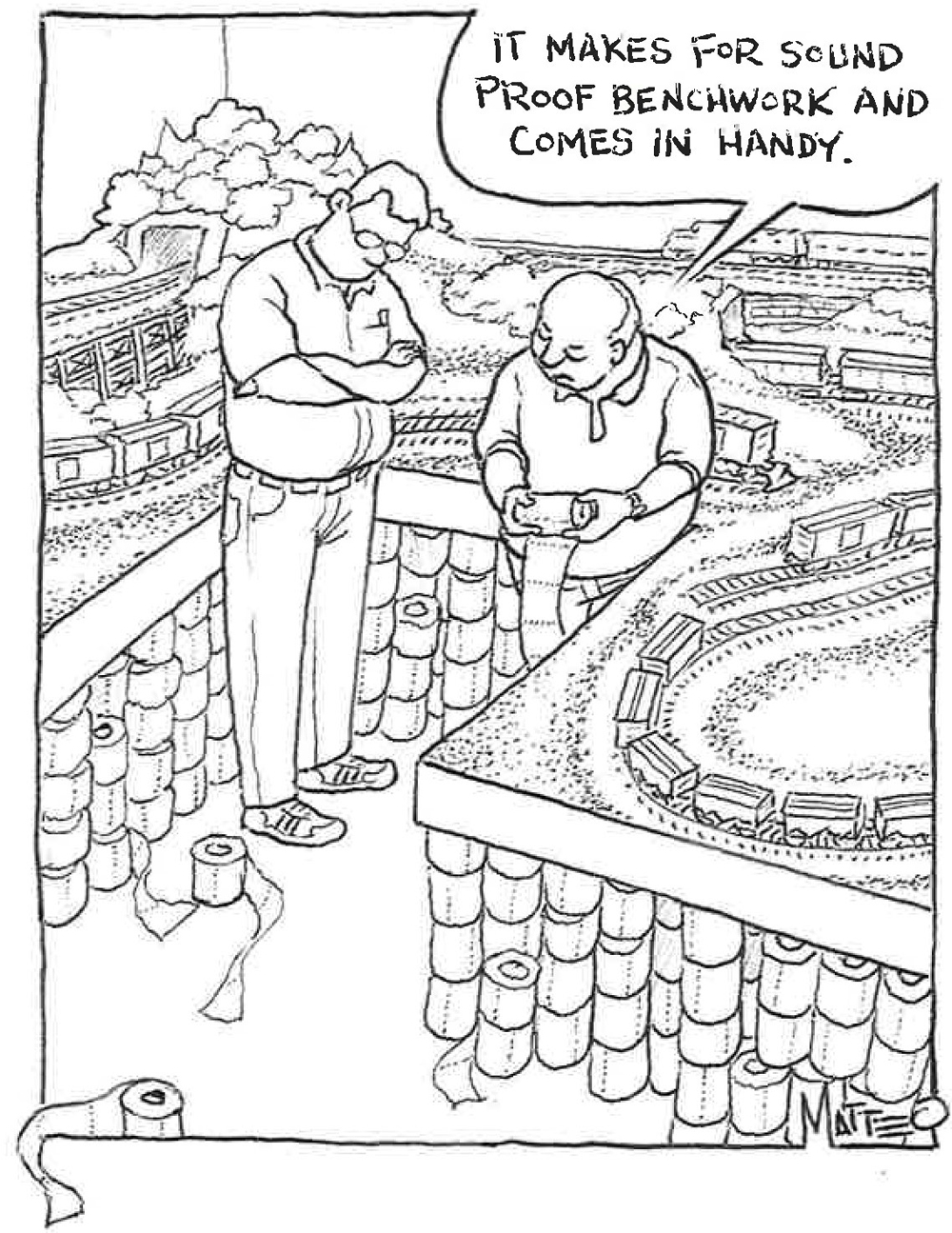