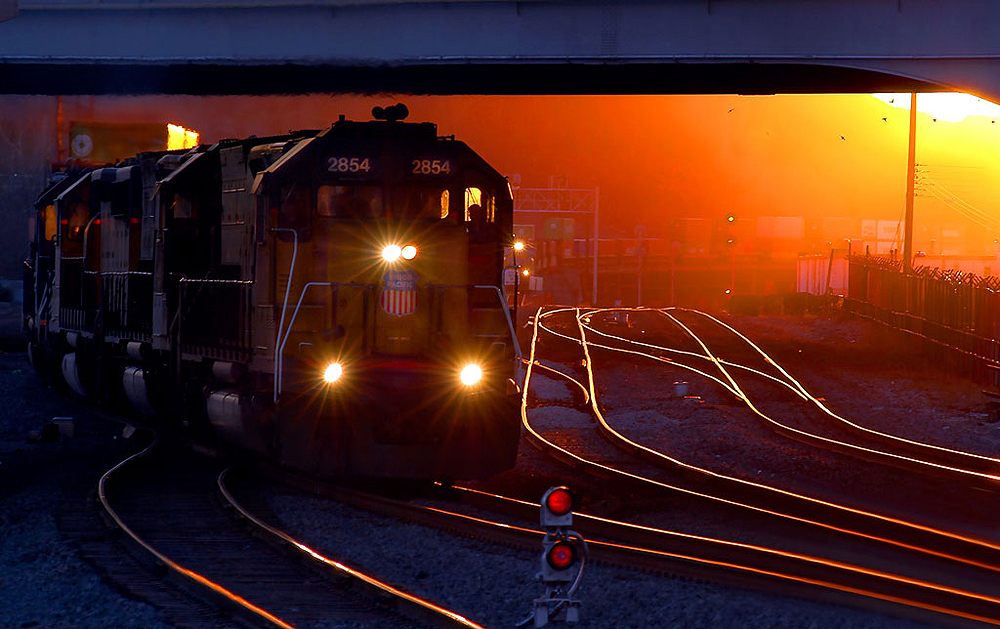 Who realizes that Kansas City is one of the U.S.’s main rail hubs, the second busiest and second by annual tonnage? Chicago wins by a small margin. While declines in coal shipments have likely ended Kansas City’s three-decade dominance in rail tonnage, the difference between the two cities remains about 3%, says the Association of American Railroads.

The reason for that ranking, estimated at 1 billion tons annually, becomes apparent while watching a constant parade of trains if you are standing on the 1892, now pedestrian-only, Michael R. Haverty Freight House Bridge. The Kansas City Southern Railway Pratt through-truss-style bridge was originally in three sections and was located in the West Bottoms of Kansas City. It connected the forerunner of the KCS, the old Kansas City Suburban Belt Railroad that ran from Independence, Mo., just 10 miles east of Kansas City, to the Argentine District in Kansas City, Kan. The 290,000-pound bridge had been unused since 1970. It was originally constructed by Pennsylvania-based Pencoyd Bridge and Construction Co.

It was a massive challenge in 2006 to move the two sections 2 miles to its present location behind Union Station, and the transfer, which took most of a Sunday, was featured on the History Channel’s series “Mega Movers.” The project was complicated by the fact that the bridge spanned two busy rail lines in the Bottoms. The heavy-duty trailers had to negotiate narrow downtown streets. Kansas City Power and Light Co. linemen had to work ahead of the movers, cutting live electrical lines to enable the approximately 30-foot-tall structures to pass underneath. Then the crews had to reconnect the power lines after the bridge and trailers had moved on.

The bridge was renamed in recognition of Haverty in January 2014. He was chairman of the Union Station Kansas City board of directors from 2005 to 2012. Railfans and those in the industry will also remember Haverty as now-retired KCS CEO and board chair with a long railroad career.

Haverty was instrumental in bringing the bridge to Union Station. He related in an email how it all came to pass: “Yes, Kansas City Southern did donate the 1892 bridge that had been abandoned for over 50 years that was located near Second Street and passed over the [Kansas City Terminal Railway] and [Union Pacific] tracks. It was once KCS’ route to the West Bottoms.

“Turner White [then-CEO of Union Station] came to visit [KCS headquarters in Kansas City, Mo.] and brought a drawing that an architect had done for building a new bridge. When Union Station was reopened in 1999, it was always planned to have a bridge from Union Station over KCT tracks to the Freighthouse District.”

Haverty goes on to explain, “Ab Rees Jr., the KCS [vice president of operations], was at the meeting when Turner visited. Turner showed us a proposal, which we thought was goofy because it had grain elevators on top of it.”

Rees then made a suggestion that would forever change the look, feel, and dynamics of downtown: As Haverty recalls, “Ab said, ‘Why don’t we just donate our Second Street bridge?’ I said it was a great idea, and that is how the decision was made, although it took years to get it in place.”

About 105 trains a day pass on the three main lines below. Observers standing on the bridge can see, photograph, hear, and feel those powerful locomotives and hundreds of thousands of tons of rolling stock rumbling a mere 30 feet underneath.

Those long unit trains and mixed freights move more than $18 million worth of goods per month through the city and provide 25,000 local jobs, per the Greater Kansas City Chamber of Commerce. Included in the total are six Amtrak trains that link Kansas City to Chicago, St. Louis, Los Angeles, and beyond. 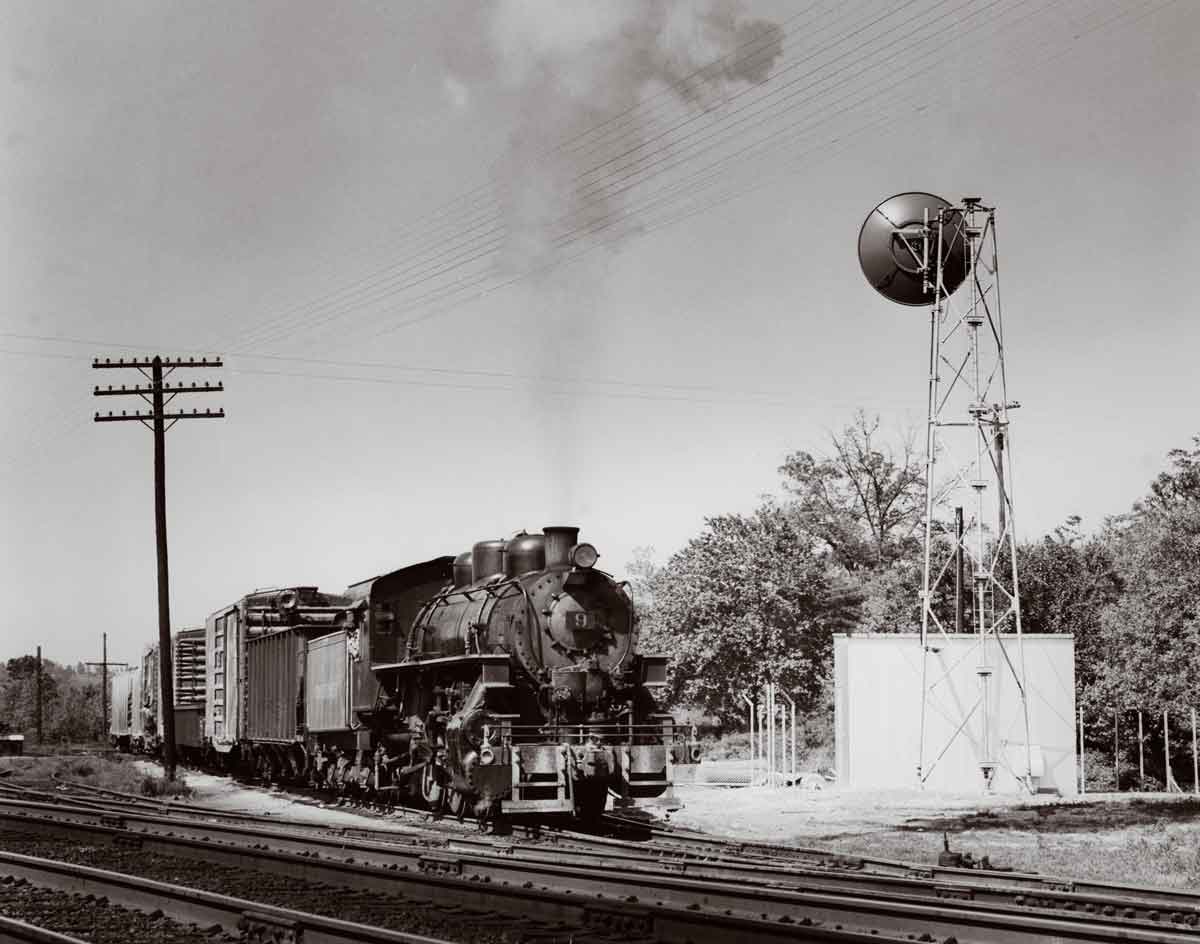 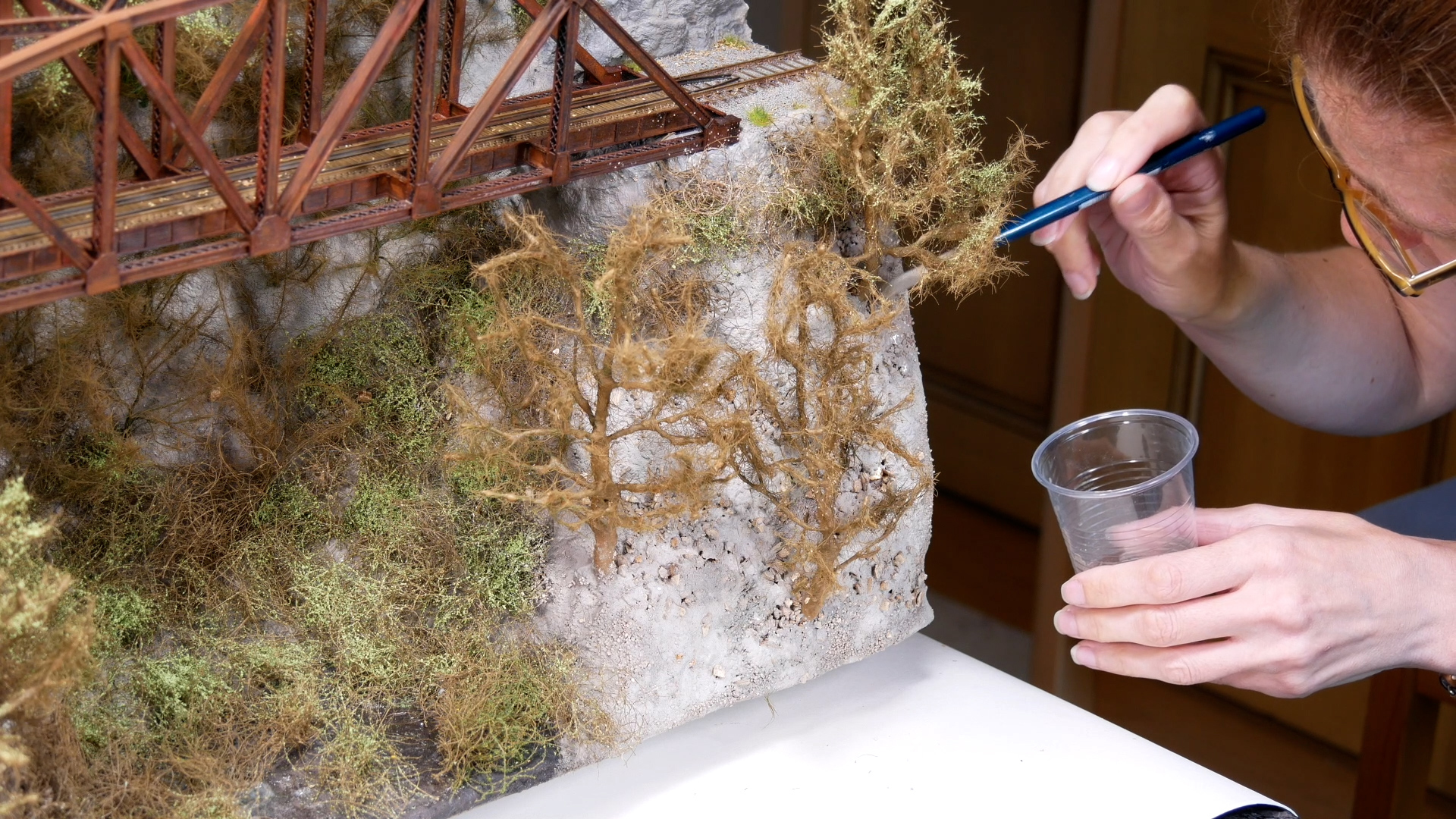 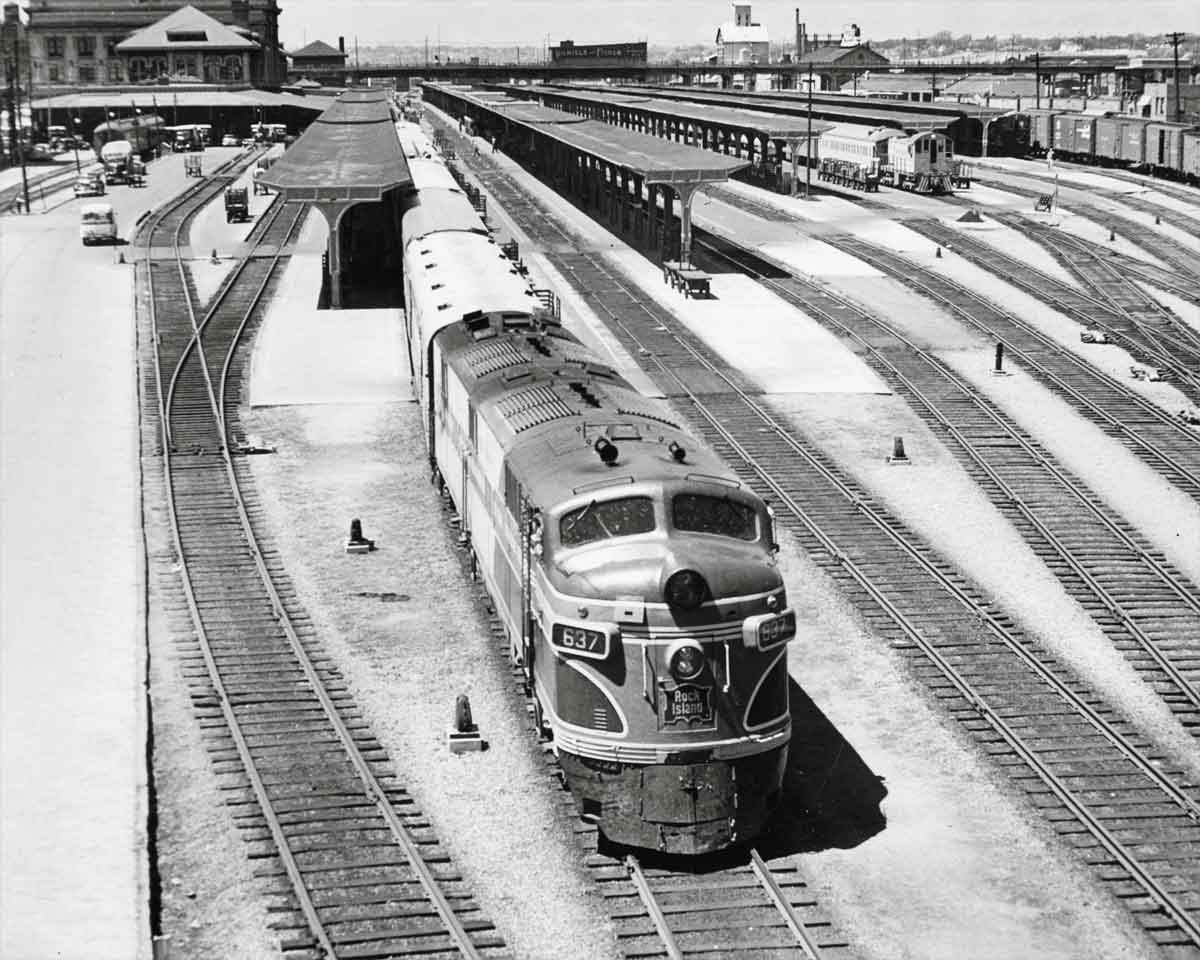 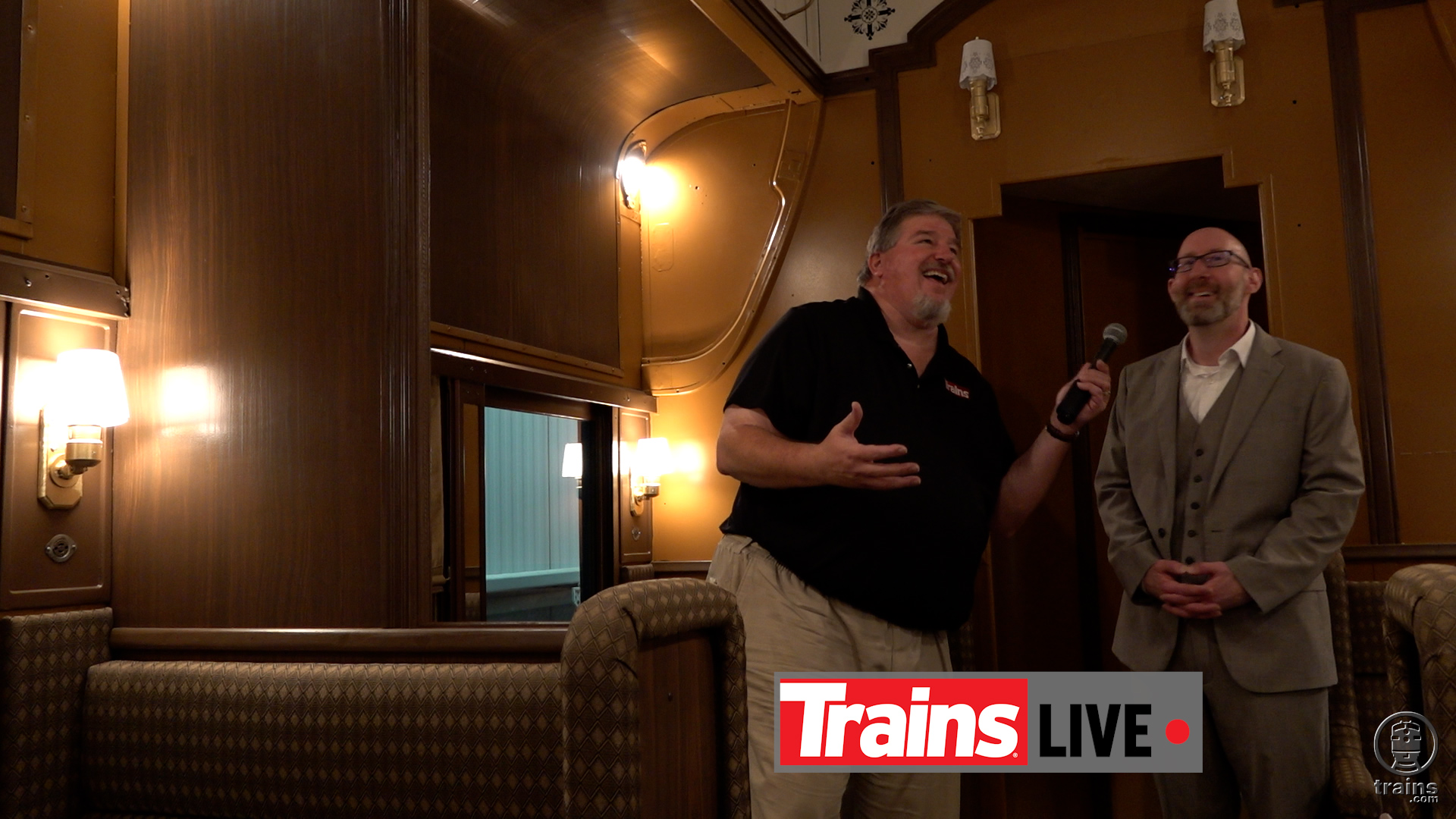