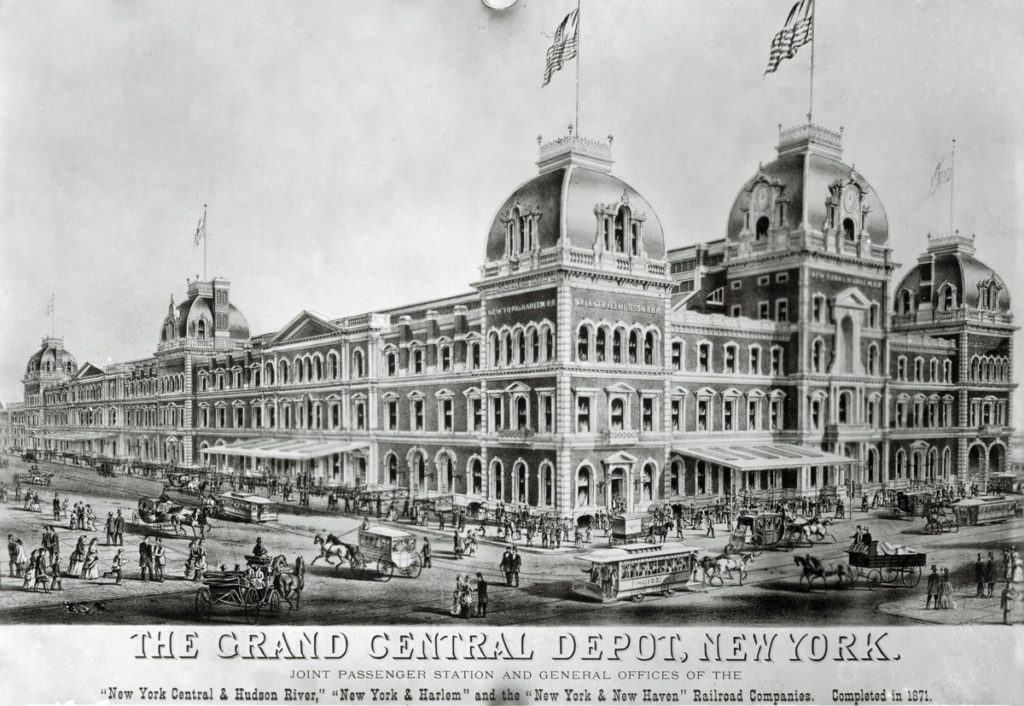 The open-air yard of the old Grand Central Depot is shrouded in smoke and steam, and crammed with cars in this photo made on Nov. 19, 1906. By then, more than 500 daily trains squeezed into the terminal’s 12-track trainshed. Congestion and a fatal tunnel accident prompted William Wilgus, chief engineer of the New York Central & Hudson River, to electrify the railroad tracks beneath Park Avenue and build a grand new terminal.

Grand Central Terminal opened on Feb. 1, 1913. The elevated roadway that directs Park Avenue traffic around the building was completed in 1919. Behind the terminal, the spire of the New York Central Building (now the Helmsley Building) rises up.

Crowds swarm around the information booth in the Main Concourse of Grand Central Terminal. The famous brass clock atop the booth has become one of the most famous meeting places in New York City.

In December 1944, New York Central company photographer Ed Nowak pointed his camera through a ceiling worker’s scaffolding at the floor of Grand Central Terminal for this remarkable and widely produced photograph, later called “The Beehive.” Workmen held his legs to prevent him from falling while he focused his camera on the information booth with its brass clock below.

Sunlight streams through the skylights and falls onto the Tennessee marble floor of Grand Central Terminal’s Main Concourse, in this view made during World War II looking toward the East Balcony.

A train of self-propelled multiple-unit cars enters the Park Avenue tunnel at 97th Street for the final leg of its journey to Grand Central Terminal on Sept. 1, 1953. The Park Avenue tunnel leading from Grand Terminal is 2 and three-quarters of a mile long, but includes within it the Mount Prospect Tunnel between 92nd and 94th streets, which was built in 1837 by the New York & Harlem and remains America’s oldest railroad tunnel in continuous rail service. (Other railroad tunnels were built earlier than Mount Prospect, but either no longer see trains or began rail service later than Mount Prospect.)

The U.S. Treasury mural, one of the largest photographic murals in the world, occupied Grand Central Terminal’s East Balcony during World War II. Later, this space would be the home of Eastman Kodak’s “Colorama,” a changing display of giant Ektacolor transparencies that ran from 1950 to 1990. Today, the balcony is occupied by a giant Apple Store.

Travelers show their tickets to the gatemen posted at track 28, where New York Central’s famed 20th Century Limited to Chicago will soon depart. Signs by the gate indicate that the train has a 2:45 p.m. departure, and carries eight Pullman cars, in addition to a club car, dining car, and observation car. All aboard!

Rail travelers about to board the deluxe 20th Century Limited at Grand Central Terminal walk down a red carpet bearing the train’s logo, past the train’s signature round-end observation car. The Century ran from 1902 to 1967.

Trains magazine celebrates Grand Central Terminal’s 100th anniversary in our February 2013 issue with a comprehensive look at America’s most famous railroad station, from its planning and construction a century ago, and the thwarted attempts to place a skyscraper above it in the 1960s, to the incredible restoration work completed in recent decades that has not only improved railroad operations but made the terminal one of the most-visited destinations in the United States.

This selection of photos provides a look back at Grand Central Terminal during the early and middle 20th century.

One thought on “Grand Central” 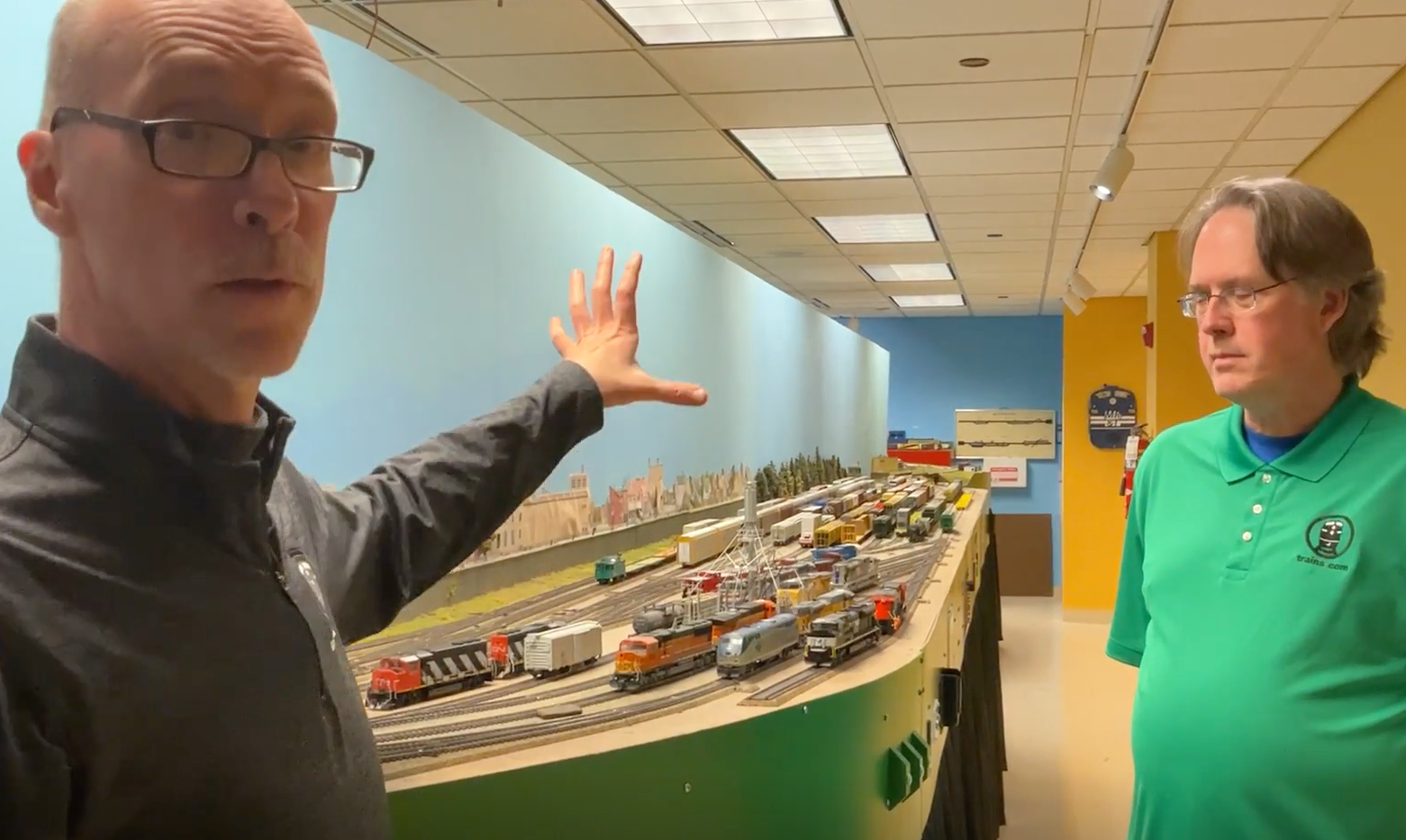 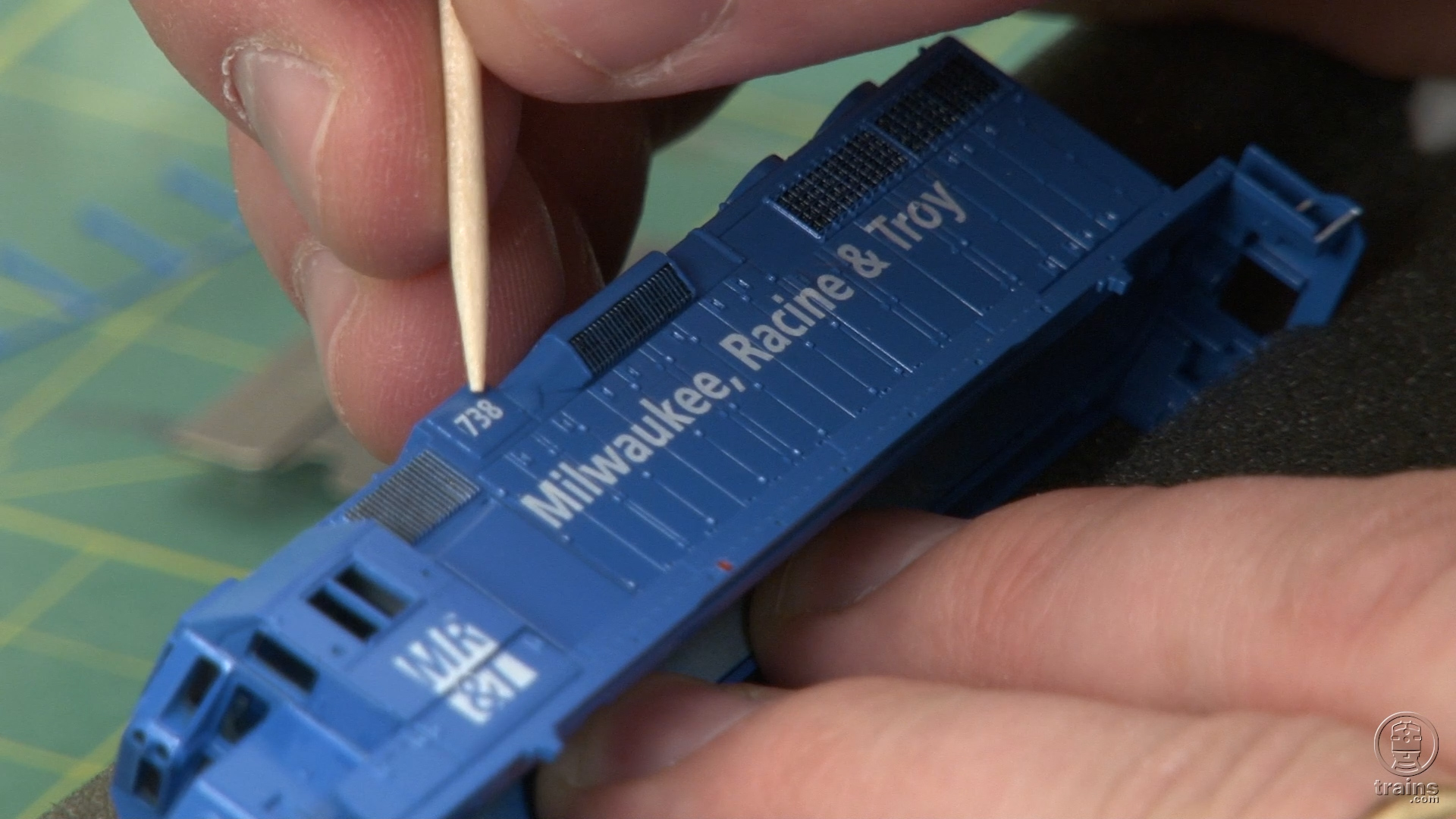 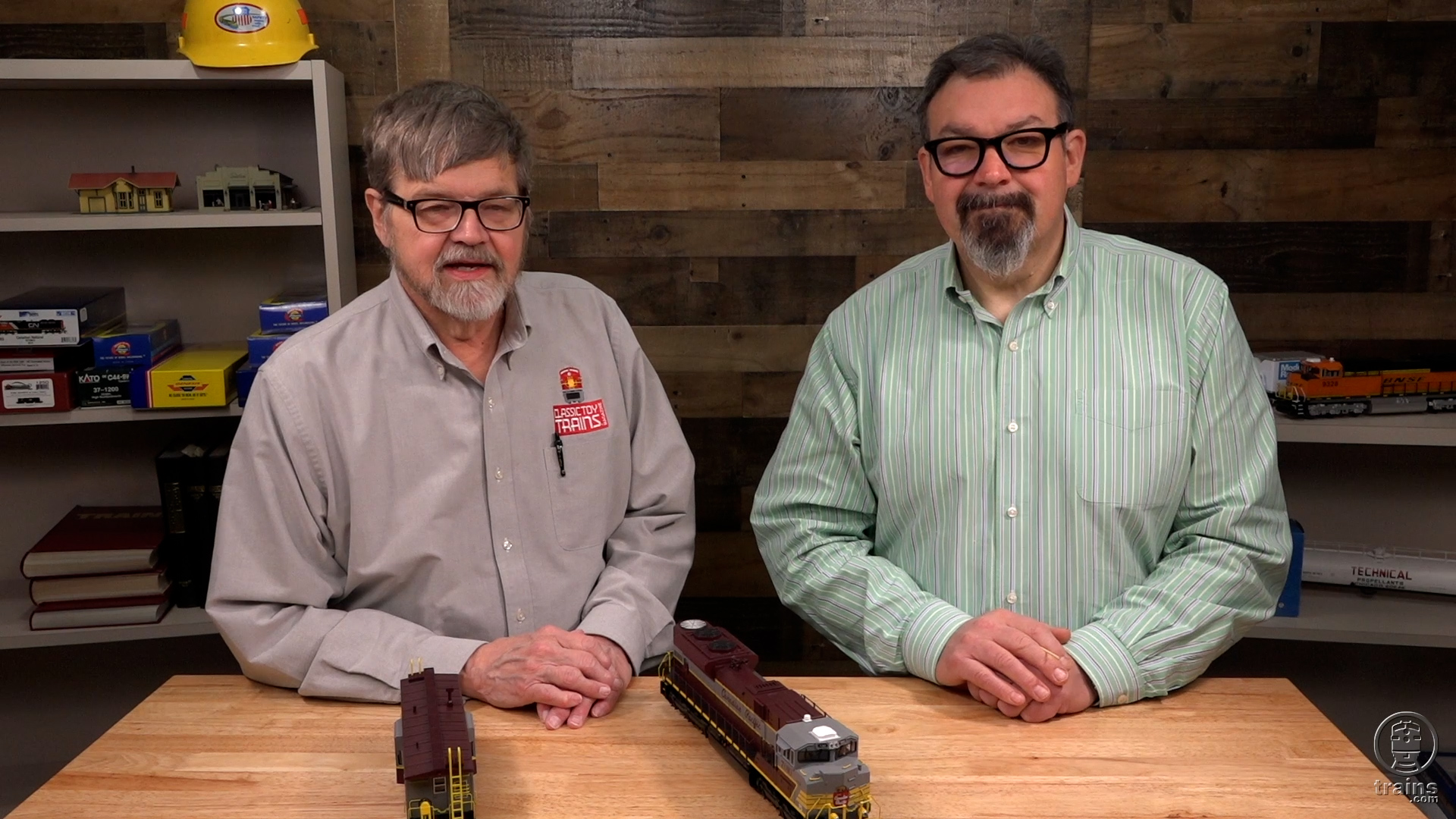