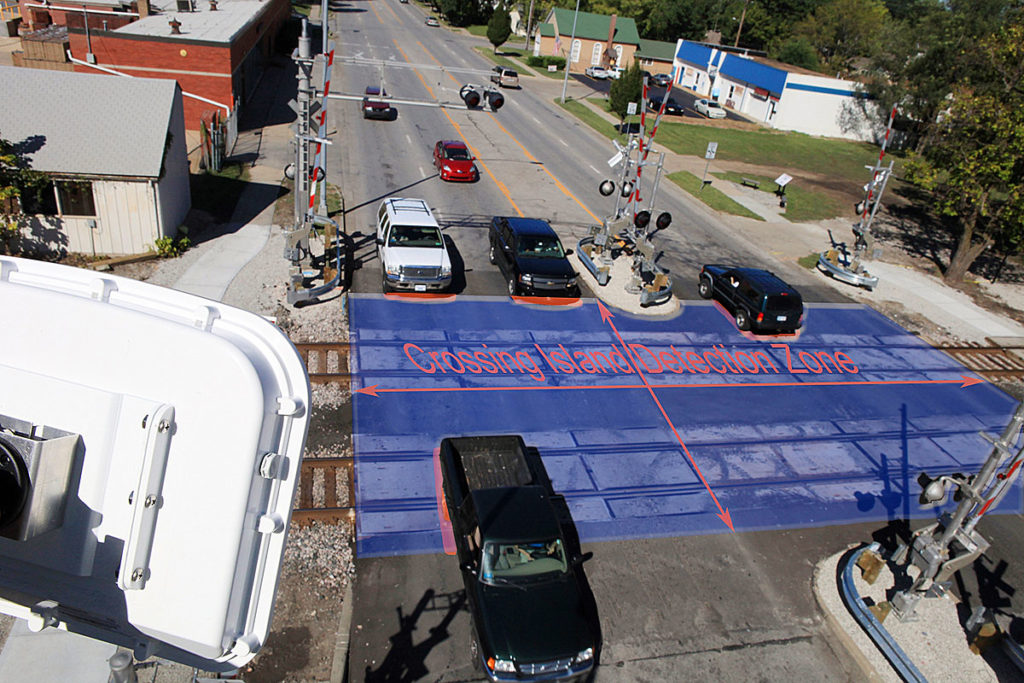 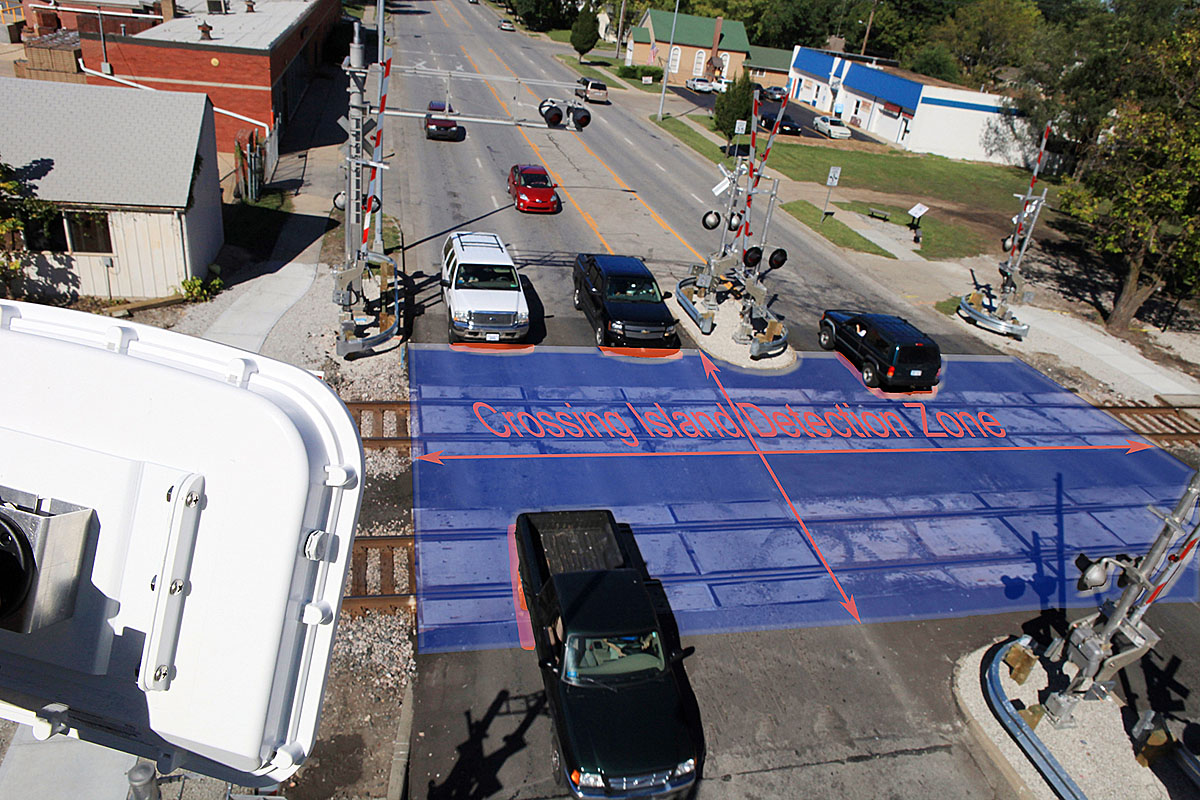 Intelligent Grade Crossings will warn motorists and trains that approach is imminent.
Federal Railroad Administration
Train crews and motorists may have the ability to “see” one another earlier than ever thanks to “Intelligent Grade Crossings” currently under development through the Federal Railroad Administration’s Research and Development Office.

Since the dawn of railroading, one of the most common threats to the safe passage of trains has been grade crossing collisions or blockage of the right-of-way by other means – either someone’s trying to beat a train, a vehicle becomes disabled on or near tracks, or careless drivers run into the side of a train.

According to Sam Alibrahim, chief of signal train control and communication for FRA’s Office of Research and Development, the technology that makes Intelligent Grade Crossings viable is part of a larger federal Department of Transportation project called IntelliDrive, which will warn motorists of dangerous road conditions, congestion, or accidents via in-vehicle audio and visual prompts.

IntelliDrive and derivative programs like Intelligent Grade Crossings are all part of the Department of Transportation’s Intelligent Transportation Systems Program, a major push to use sophisticated sensor and communications technologies to create more-efficient and user-friendly highway, rail, and transit systems.

“Our interest in it is where the streets meet the railroad,” Alibrahim says. “We have [funding] to prototype a system that will bring approaching train information inside the vehicle, to the driver. [It’s] like any piece of information, such as GPS, you find readily available in cars. We’re integrating arrival information – nothing complicated like train speed – just telling the driver a train is approaching in a visual and audio-type warning.”

The systems will need a newer car with built-in Global Positioning Satellite technology or an aftermarket GPS made by manufacturers such as TomTom or Garmin to receive the information, although agreements with the manufacturers have yet to be formalized.

“Quite often, streets are parallel to the tracks and then suddenly turn 90 degrees and cross; visibility is not that great,” he says. “We feel that this system will give additional warning of an approaching train. Right now, if you have one of these [GPS] systems you actually see the layout of the track on the display, but we want to have a geo-fence around the crossing for the approaching car.”

Arguably the greatest challenge, though, will be to enable the system to differentiate between cars entering a grade crossing and others nearby that are taking another route.
“Obviously we don’t want to give a false warning for a car that’s not going to cross the track [but] the car with the appropriate trajectory toward the track will be issued the warning of the train,” Alibrahim says.

The ITS standards were to be integrated into the Positive Train Control system Congress mandated for railroads in 2008, but the PTC engineers are designing today will only overlay existing signal systems.

The next-generation PTC, however, will enable a locomotive engineer to see data from local street/highway traffic management systems indicating a car or other object is blocking a grade crossing ahead. Hardware such as optical and infrared detection cameras and radar will make monitoring of the grade crossing “island” (the area of the road where it crosses the railroad) possible as a train is approaching.

Alibrahim is quick to point out that the technology to make grade crossings safer for motorists already exists, however, so the drive to make Intelligent Grade Crossings available for municipalities continues regardless of PTC integration.

“With current technology we can detect the approaching train and calculate its speed; these are microprocessor-based crossing controllers that have been in existence quite a while,” he says. “The information is right there at a crossing-control shelter, so we just need to broadcast it via a short-range communications system.”

In terms of real-world application of Intelligent Grade Crossing technology, Alibrahim says some states are more active in terms of implementing advanced safety technology than others, while another factor among states’ showing an interest in Intelligent Grade Crossings is high-speed rail. So far, Illinois, Michigan, Alaska, and North Carolina are among the frontrunners to show an interest in and test the grade-crossing system.

“We can develop the technology and perfect it, but we cannot force anybody to use it,” he says. “We have a lot of outreach programs through training and conferences [to] show these products to state and local authorities, but it’s up to their interest how fast and where it will be deployed.”

This story originally appeared in the August 2011 issue of Trains Magazine.

2 thoughts on “Where the steel hits the road”