Home / Train Basics / ABCs Of Railroading / How does a hydrostatic lubricator work in a steam locomotive?

Learn the details of this essential lubricating device that worked under pressure and at varying speeds, and how the process was improved over time 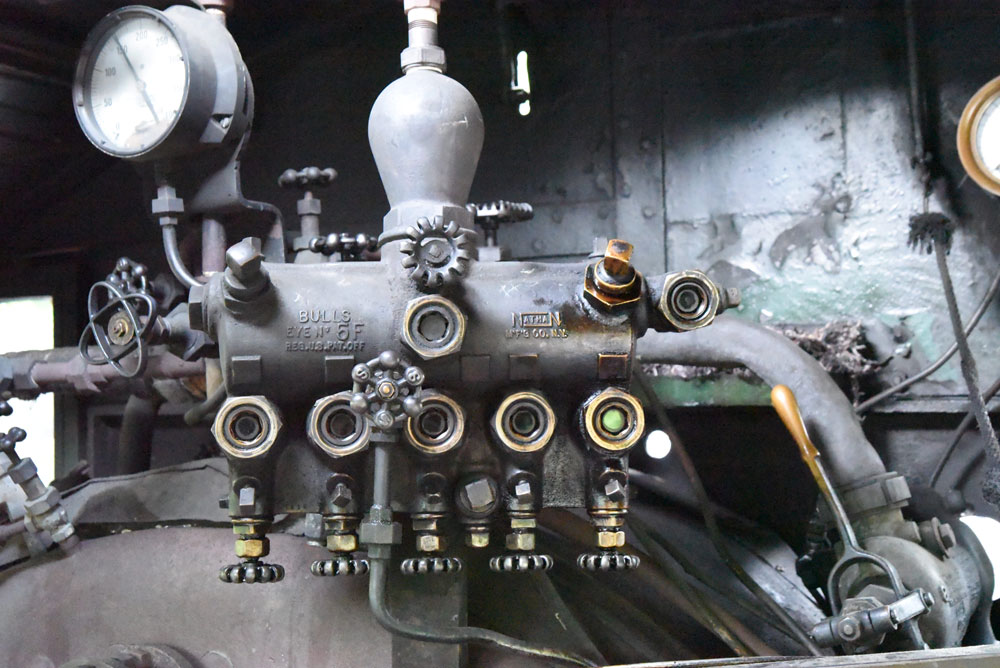 Use of hydrostatic lubricators

Proper lubrication of the valves and cylinders of early steam locomotives was an iffy proposition. Many depended on the water content of the low-pressure steam to do the work. It wasn’t satisfactory. It was complicated by the fact that these parts of the machinery were not easily accessible.

Primitive oil cups were devised, which required frequent attention and were not totally effective in delivering oil where it was needed against the pressure of the steam. There was also a problem with the lubricants of the day, which weren’t totally effective against the higher temperatures and pressure of the steam. The common “engine oil” was not effective; a better lubricant known as “valve oil” was created, which could withstand and be effective against the higher temperatures and pressures.

A device was created that forced oil under pressure through tubing to the valve chests and cylinders where it was needed. Called a “hydrostatic lubricator,” it was basically a tank located on the back head of the boiler which fed oil under boiler pressure to the points where it was needed. The lubricator worked by introducing a measured amount of water to the bottom of it. The water, being heavier than the oil, forced the oil through feeds in its top to tubing to valve chambers and even the air pump. The hydrostatic lubricator needed attention only two or three times during a run where the water could be drained out and the oil replenished — a relatively easy and quick chore, usually performed by the fireman.

This problem was solved by the invention of a mechanical oiler or lubricator, linked to the locomotive’s machinery, usually to a part of the valve gear, which would pump faster as the speed increased. Not only that, but the mechanical lubricator could also be fitted with “auxiliary tanks” to hold enough oil to last for hundreds of miles. And not only valve oil was handled in this manner, but engine oil lubricators could also feed oil to other locations on the locomotive. Milwaukee Road’s 120-mph 4-6-4s lubricated their crosshead guides this way. Large locomotives might have three or even four lubricators (N&W’s class J 4-8-4 used three — one valve oil and two engine oil) with auxiliary tanks permitting the engine to go from Norfolk, Va., to Cincinnati, Ohio, some 600 miles, without attention.

2 thoughts on “How does a hydrostatic lubricator work in a steam locomotive?”

What are those cylindrical mini tanks on tank cars used for?

What is the protocol for railroad grade crossing collisions?

What was the color and consistency of the ore which the Delaware & Hudson pulled from the mine in Tahawus, N.Y., north of North Creek?