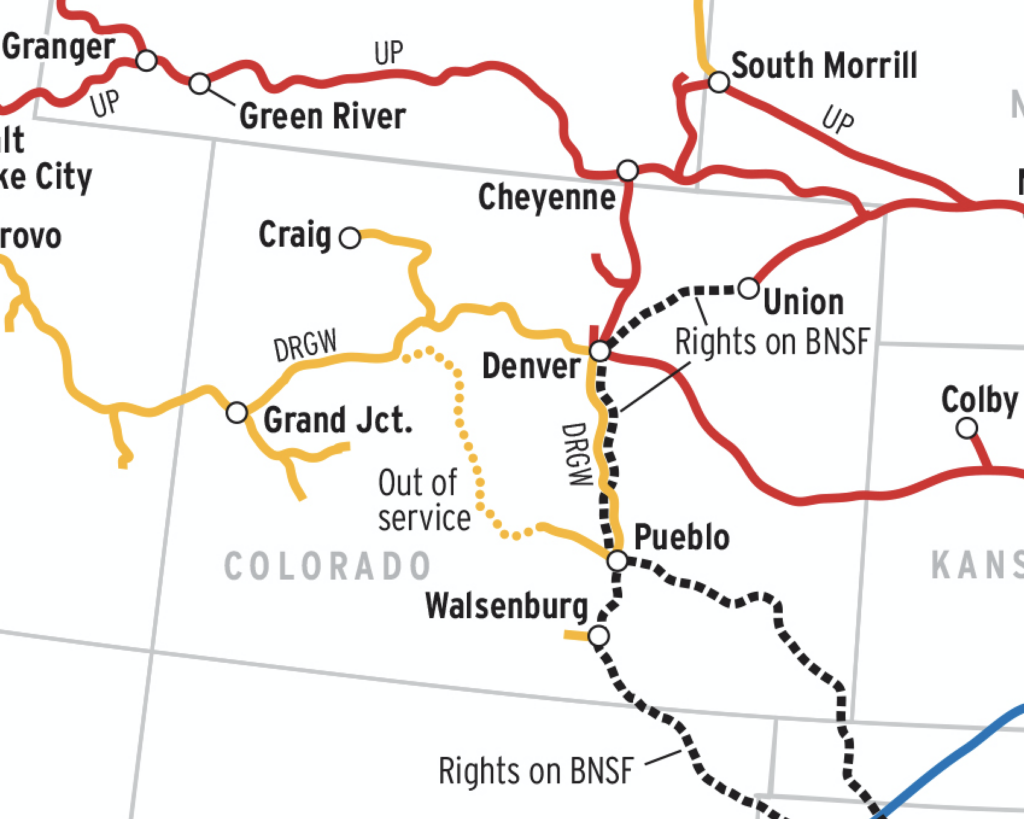 A Union Pacific Railroad map is a valuable resource. The maps often show the route of the first Transcontinental Railroad or a modern version of the railroad.

This Union Pacific Railroad map features the UP as it appeared in 2013 and as illustrated by Trains‘ retired illustrator and mapmaker, Robert Wegner and long-time books editor Jeff Wilson. One of the key features of Trains’ map is its inclusion of predecessor railroads AND trackage rights.

Former railroad routes shown on Trains‘ Union Pacific Railroad include the Southern Pacific, Western Pacific, and others. Each are coded in individual colors spanning North America.

Omaha, Nebraska-based Union Pacific Corporation is a railroad holding company for the Union Pacific Railroad Co. It controls one of the largest railroads in the world. It is one of the largest private railroad companies in the world. The railroad’s operations extend from Chicago south to Texas, west to Los Angeles, and north to the Pacific Northwest. The current company was incorporated in 1969, but the railroad traces its roots to Abraham Lincoln and the signing of the Pacific Railway Act of 1862.

Union Pacific is primarily an East-West railroad and competes directly with BNSF Railway for traffic. It connects with five other class I railroads in Chicago. Union Pacific also has cross-border interests in Mexico through its part-ownership of Ferromex.