We track six decades of change in Ohio, now the fourth-largest state in rail mileage. 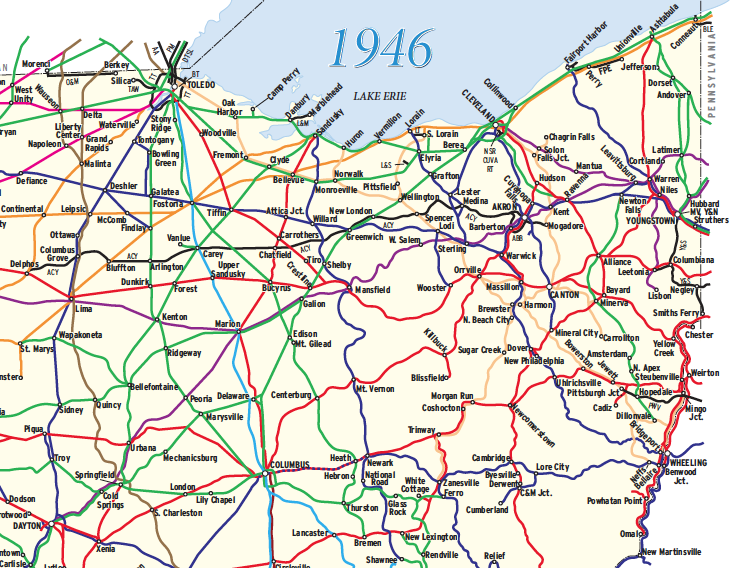 It’s almost a cliché to call Ohio a crossroads of railroading. The state was, literally, stitched in steel. Here, the New York-Chicago and New York-St. Louis routes of the Eastern trunk lines crossed paths with Pocahontas coal roads making a beeline to Lake Erie and nearby railroad gateways (Norfolk & Western got as far as Columbus and Cincinnati; Chesapeake & Ohio reached Toledo and Chicago).

Manufacturing centers spanned the state, from the steel mills of Youngstown and the rubber plants of Akron to auto plants in Toledo and the warehouses of Cincinnati. In hilly southern Ohio, railroads curled around each other to reach lucrative coal fields, while up north, they staked their claim on Lake Erie harbors from Ashtabula to Toledo, where coal and iron ore could make a lakeboat-rail transfer.

This map originally appeared in the August 2006 issue of Trains.