Little River Railroad 4-6-2 is running in south Michigan, fresh from a 15-year inspection and a rebuild that included a new door sheet 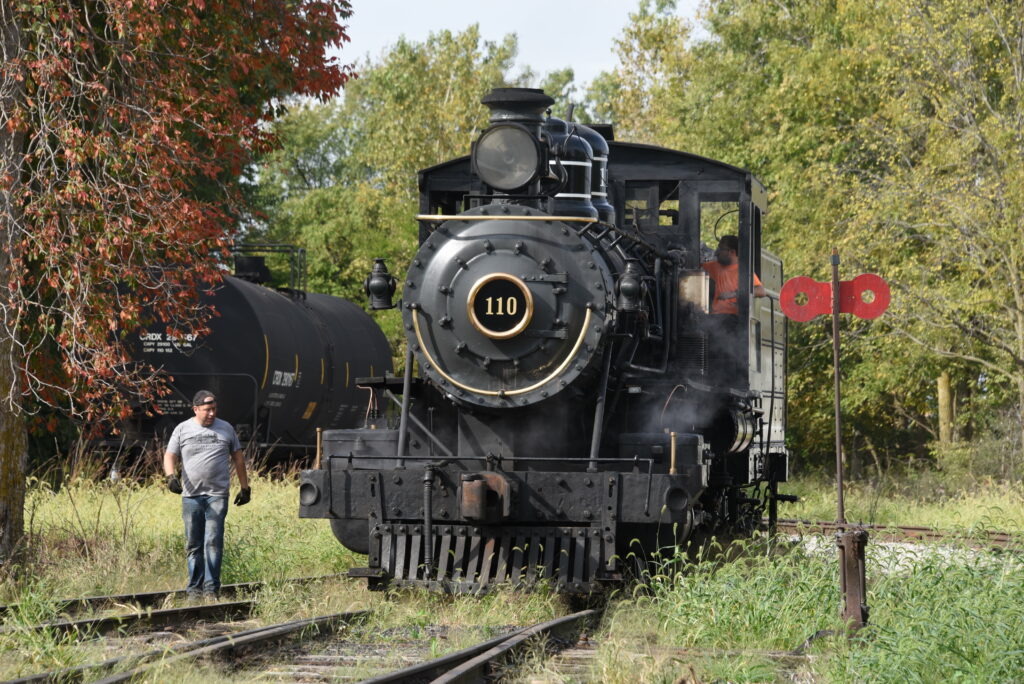 The world’s smallest pacific locomotive — among standard-gauge equipment — is Little River Railroad 4-6-2 No. 110.

The Little River Railroad 4-6-2 is running in south Michigan, fresh from a 15-year inspection and a rebuild that included a new door sheet. The work was completed in late 2020, so No. 110 is celebrating its 110th birthday this year with its latest overhaul and another 15-year operating period. The Bloom family, which saved the engine from scrap in the late 1960s, also added another touch this fall, repainting and re-lettering the 58-ton locomotive for the Smoky Mountain Railroad, a short line that was home to the engine starting in 1940 as its second owner. The first owner was Little River, another east Tennessee short line.

No. 110 is right at home on regular 12-mile round trips between Coldwater, Mich., and Quincy, Mich., on a portion of the former New York Central Toledo-Elkhart “Old Road” that is now part of Indiana Northeastern Railroad. The train consists of a Chicago & Alton heavyweight combine, two former Milwaukee Road coaches, and a Baltimore & Ohio caboose. From time to time, No. 110 makes a 45-mile round trip to nearby Hillsdale, Mich., as it did on Oct. 3 to celebrate its birthday. Also used for Little River trains is 0-4-0T No. 1.

Around the shop, the world’s smallest pacific locomotive shows a lot of character for a locomotive with a passenger wheel arrangement and the size of a 2-6-2 or a 2-6-0. It rolls quietly, steams easily, and with its 47-inch drivers, it digs itself out of the shop with a long and heavy train against it. And now, with a long and storied history behind it, it can claim at age 110, a future as bright as its gleaming front number plate.