What’s under the hood of Class One railroad locomotives 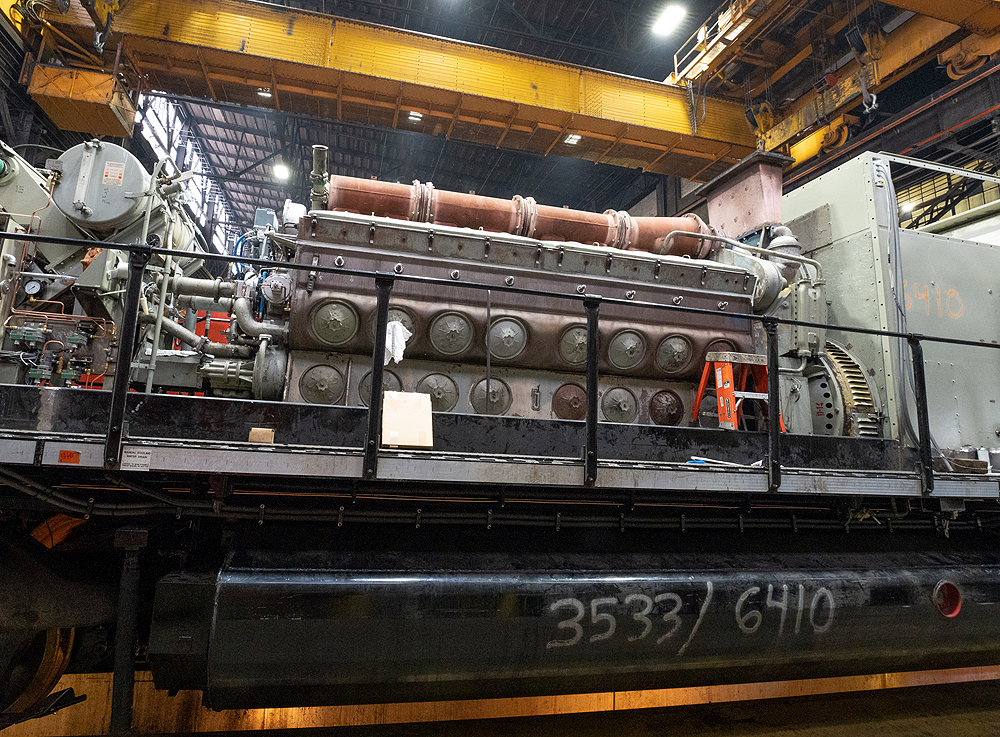 Locomotive prime movers are the engines inside all diesel-electric locomotives and are the heart of the entire locomotive. Prime movers provide enough power to pull both the locomotive, any freight cars attached to it, while also producing enough extra output to support the power needs of the various systems on the locomotive such as headlights, computer systems, and cooling fans.

Each prime mover can be rated at different levels of horsepower or built with a different number of cylinders. Some can be built with different features to increase horsepower, such as a turbocharger.

Since the same prime mover can produce different power amounts, a locomotive design is tailored to support a prime mover producing a particular horsepower output. From the cooling system to the traction motors underneath, everything is balanced to work well with a specific horsepower output.

On Class I railroads, rosters are predominantly a two-builder affair, with Wabtec (formerly General Electric) and EMD locomotives dominating the Class I rosters. Wabtec has used the four-cycle 7FDL design since the mid-1950s, then switching to the GEVO prime mover domestically in the mid-2000s. Class I railroads currently employ both the 16-cylinder 7FDL and 12-cylinder GEVO-12 prime movers in their GE locomotives.

EMD locomotives on Class I railroads employ four different engine designs, the 567, 645, 710, and 1010J prime movers. The first three are two-cycle designs with the 567 installed in new locomotives from the mid-1930s to the mid-1960s. This is the least common in the industry with any remaining prime movers on Class I railroads typically using newer 645 engine components internally.

EMD’s 645 prime mover replaced the 567 and was used until the early 1980s when the 710 was introduced. The 710 also suffered the same fate as the 7FDL when emission requirements forced the prime mover into domestic retirement, replaced with the 12-cylinder 1010J engine in 2015. This is the first four-cycle engine used inside EMD locomotives.

Class I railroads have a mix of EMD prime mover sizes across the 567, 645, and 710 series, ranging from 8, 12, 16, and 20 cylinders in their fleets. Union Pacific also has a small fleet of rebuilt EMD locomotives with 12-cylinder Caterpillar 3512C HD engines.