Using a locomotive’s electrical system to slow a train 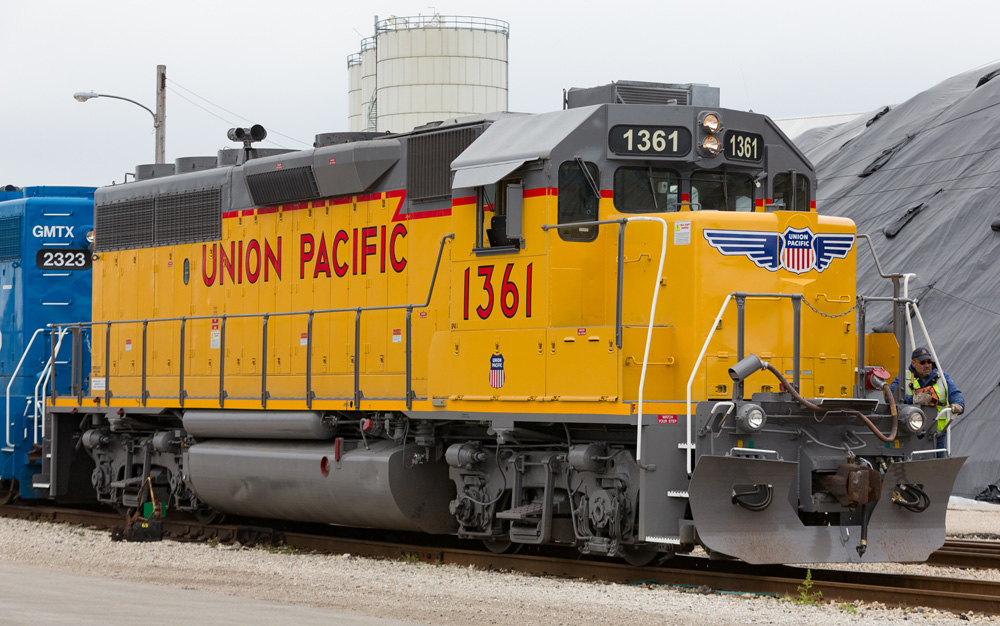 The primary way to stop a train is using the air brake system located on the trailing freight cars behind the locomotives. A locomotive equipped with dynamic brakes can be a powerful tool for the engineer to help stop or control the speed of the train in addition to the train brakes. While a locomotive typically produces electricity to power the traction motors on each axle underneath, dynamic brakes basically invert this concept.

Today, modern locomotives are built with dynamic brake, but decades ago it was an option chosen by individual railroads. Many railroad management teams felt the additional cost of a dynamic brake system wasn’t justified by the operating terrain of their railroad. Some locomotives built without dynamic brakes can still be found in service today, with older EMDs being the easiest to spot. The lack of the dynamic brake ‘blister’ above the middle of the long hood indicates the unit is not equipped with the feature.

2 thoughts on “How dynamic brakes work”