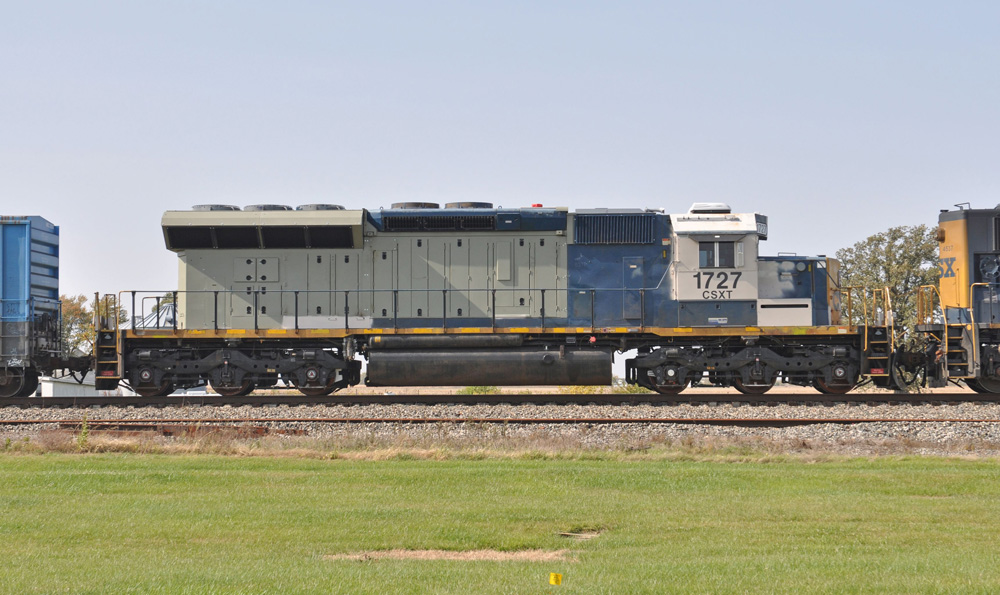 ET23DCM locomotives explained: EMD’s SD40-2 turned 50 this year. While its days of front-line power on the mainline have long passed, the sheer quantity of locomotives built means a significant SD40-2 presence remains across the railroad industry. After a half century, the SD40-2 model has been rebuilt, upgraded, downgraded, and chopped up into things such as unpowered slugs and multi-engine gensets. But until now, it has never been re-powered with the prime mover of EMD’s main competitor, GE Transportation (now Wabtec).

That’s exactly what happened at CSX’s shop in Huntington, W.Va., this year when the railroad released its first ET23DCM, with a six-cylinder L6 GEVO prime mover inside rebuilt CSX SD40-2 No. 8077. Thirteen such units are planned.

The concept for this type of locomotive isn’t new. It was first made public by GE in the late 2000s as a concept new-build ES23DC locomotive using the GEVO I-6 engine inside a carbody resembling a Dash 8-32B locomotive. Though none were built, the low-horsepower six-cylinder idea remained and was updated to support the latest Tier 4 emission standards in effect today.

CSX No. 1727 was released during the second week of October en route to Wabtec’s former GE plant in Erie for testing. Externally, there are no indications that the locomotive is a GE repower. Due to the smaller engine using 10 fewer cylinders than the locomotive was constructed to hold, the long hood has been shortened, while the radiator section has been greatly enlarged to address its Tier 4 emission requirements and resembles an EMD SD70ACe radiator, overhanging the long hood as a result. Internally, the GEVO L6 engine has replaced the 16-645 prime mover and a new control system has been installed. The ET23DCM also retains an EMD alternator to provide electrical power. The 13 units will be numbered CSX Nos. 1715-1727 when complete.

Whether the ET23DCM is a harbinger of things to come in the low-horsepower market remains to be seen, but certainly it’s the latest twist on the SD40-2 and the ever-growing list of possibilities for this legendary design.