An exclusive online photo gallery, along with excerpts from Scott Muskopf’s “A Fitting Epitaph” from the June 2011 issue of Trains 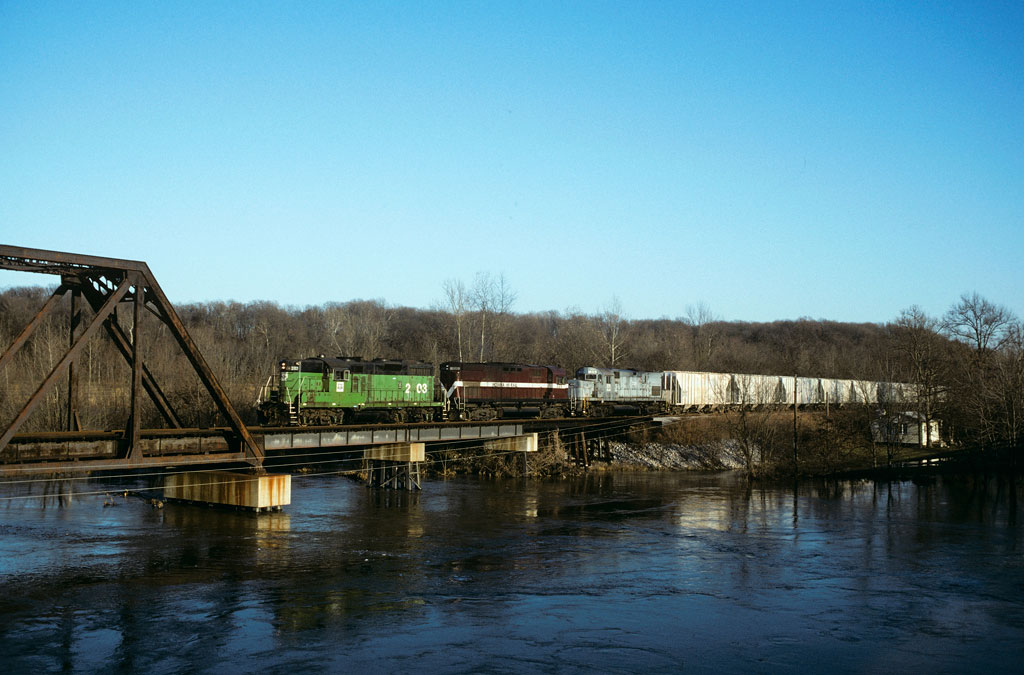 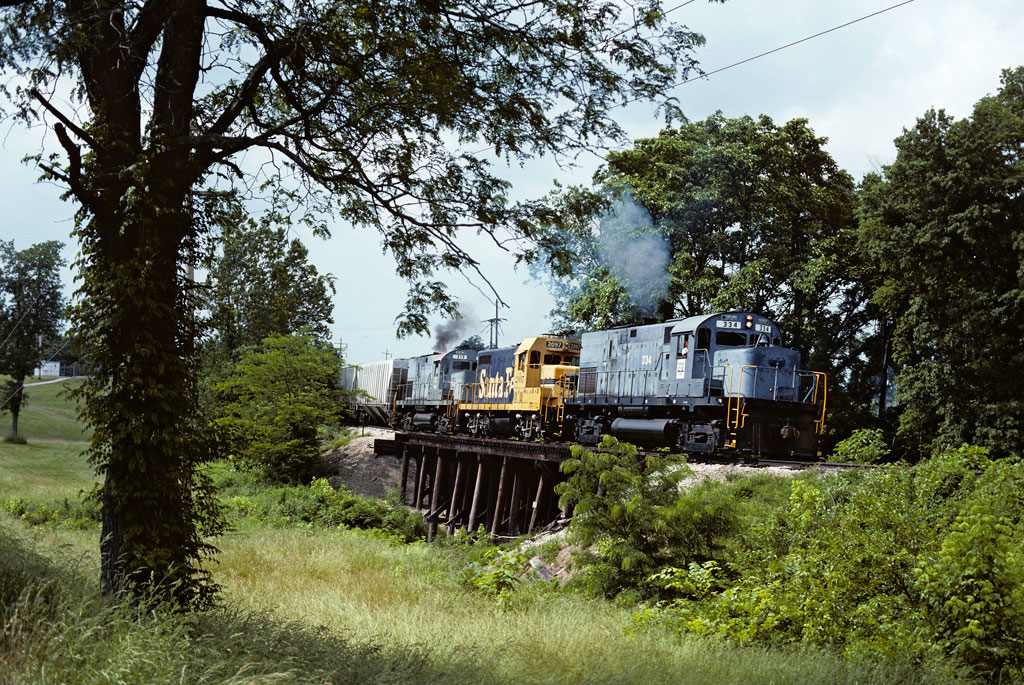 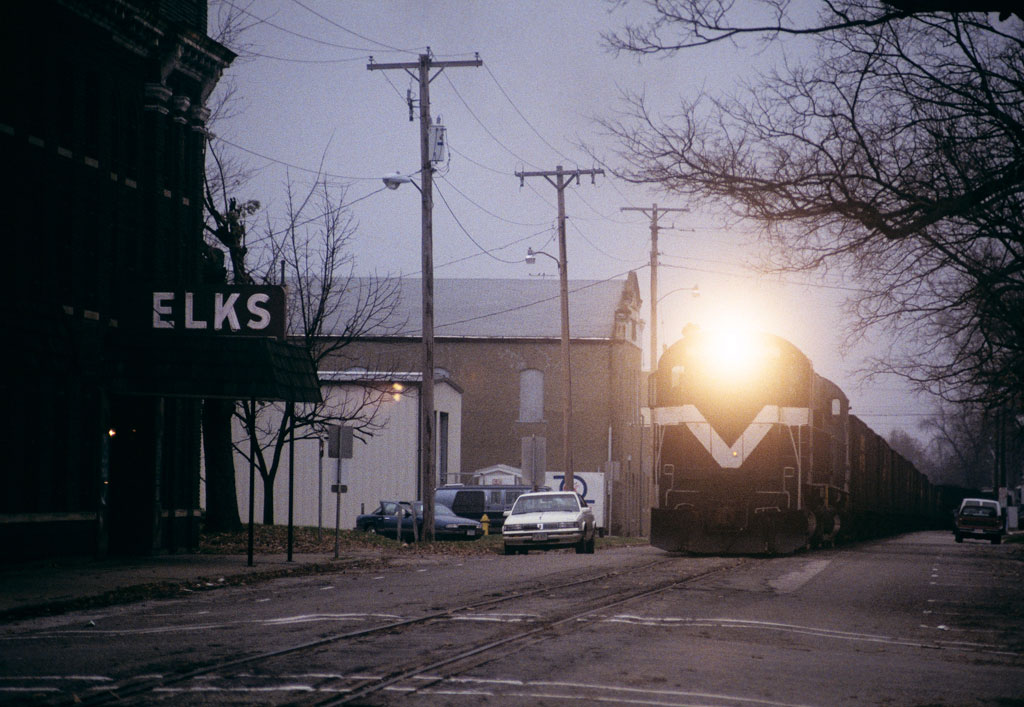 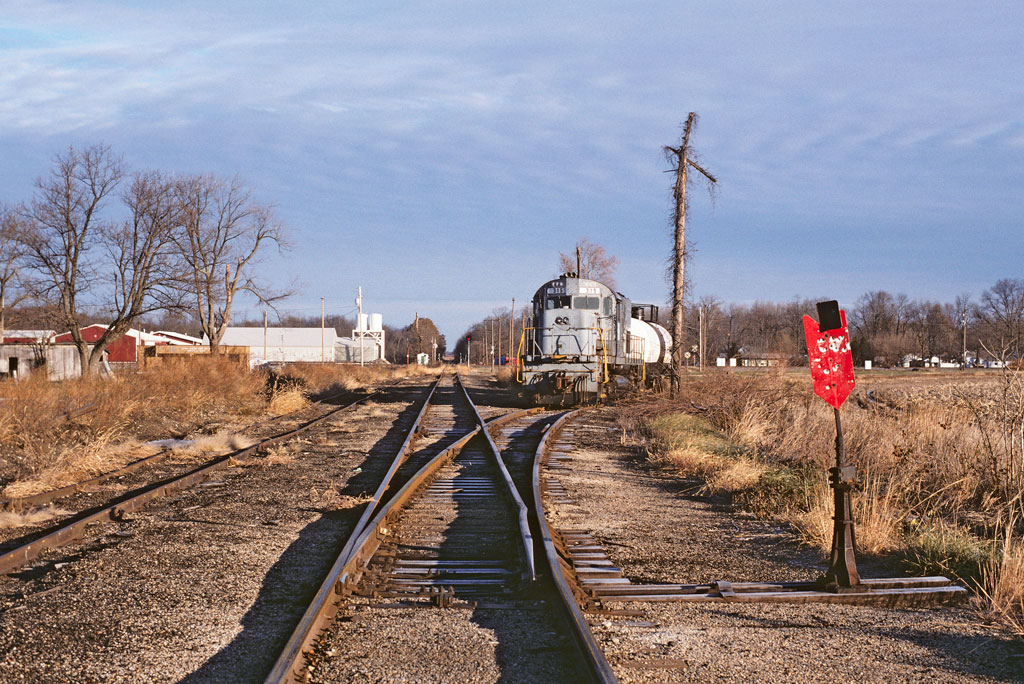 The result of deferring maintenance was becoming inescapably clear by 1995, as this image taken on Nov. 12 looking north where Norfolk Southern crossed IHR in Browns, Ill., shows.
Scott Muskopf 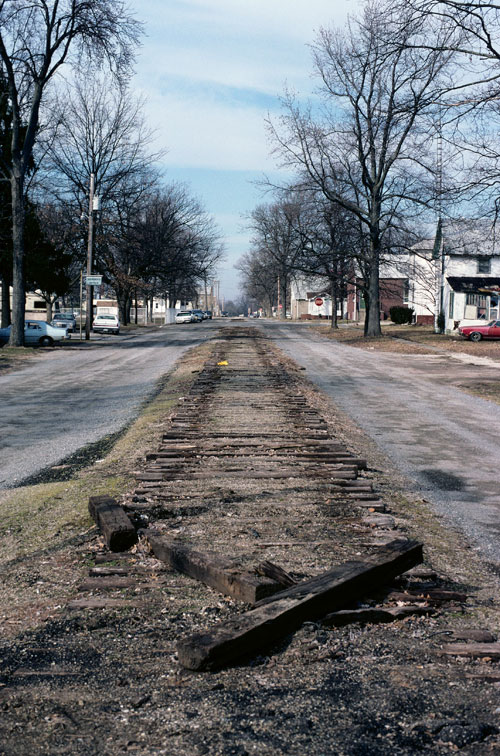 With the rail removed and sold for scrap, the IHR’s ties in Olney were left to rot as this photo looking north on Feb. 19, 1997, shows.
Scott Muskopf 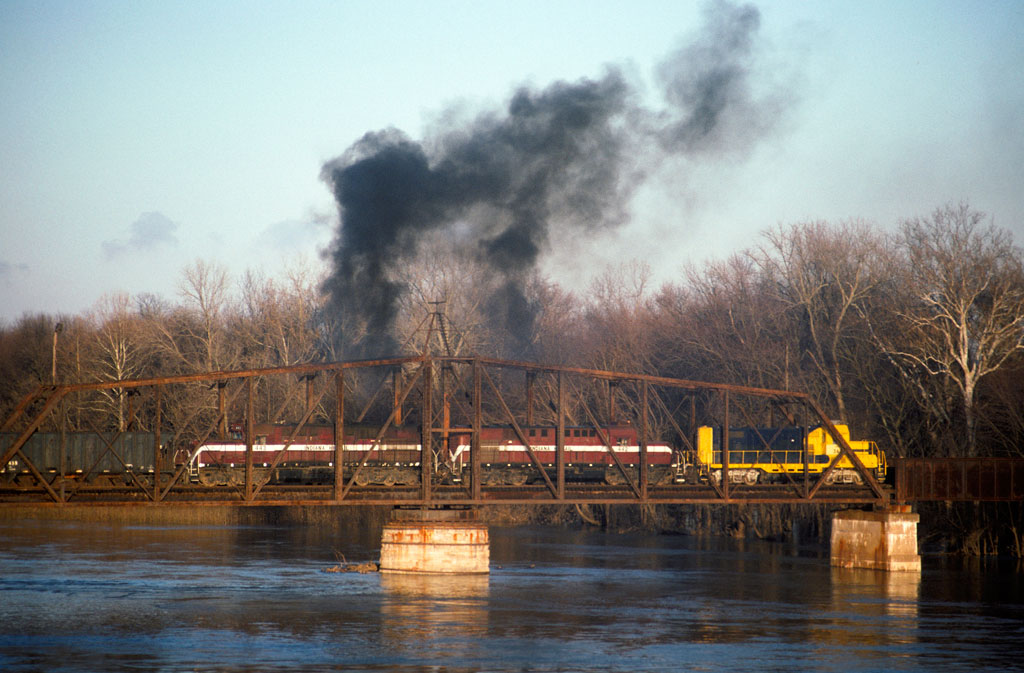 IHR GP7u and RSD15 Nos. 442 and 443 lead a Browns-Evansville train over the Wabash River Bridge on Dec. 11, 1993.
Scott Muskopf
In its heyday, the Indiana Hi-Rail System was an easy group of railroads to like. Shippers appreciated the rates, service, and employees who provided it; railfans loved the small-town feel of a 461-mile railroad divided into 13 separate lines across three states, and the Alco-heavy roster that plied those rails. In the early 1990s, it seemed as though the IHR would continue to grow its system. The system had grown from 100 miles to more than 450, and the Newton line was hosting unit trains of coke and cars of flour gained in interchange with the Indiana Rail Road. Trains were moving, Alcos were smoking, and the sun was shining. What more could anyone want?By the end of 1993, track conditions were already deteriorating, leading to nearly daily derailments in 1993 and ’94. Rail heads were so worn, wheels would ride up on the angle bars at rail joints along the segment between Newton, Ill., and Browns. On Nov. 15, 1994, Indiana Hi-Rail entered Chapter 11 bankruptcy, and in early 1995, its court-appointed trustee, R. Franklin Unger, began disposing of assets to pay off creditors. The Newton-to-Browns segment had already been embargoed since early 1995, and the Interstate Commerce Commission approved its abandonment on May 3, 1996. Throughout the following year, segments were sold and/or abandoned. In short time, all the lines were in the hands of new shortline operators, grain companies, connecting Class I carriers, or just abandoned. On Dec. 22, 1997, Indiana Hi-Rail Corp. formally stopped being a rail carrier.In 1996, RailAmerica began operating IHR’s Poseyville-Owensville and Browns-Evansville lines, and contracted with Mid-America Locomotive for a part-time crew of two to run trains twice weekly to Harwood-Poseyville-Cynthiana, and abandoned the six miles of Cynthiana-Owensville trackage. In late July, RA made a last “clean-up” run to Browns to collect a Mid-America-owned switcher. This Owensville Terminal crew collected scrap along its way back to Evansville, and became the last crew to run a train over the Wabash River Bridge.[The railroad] sat unused and rusting for nearly a decade until a flood the night of Jan. 12, 2005, dislodged a concrete pier, dropping two spans into the water. They remained in the water for some time, collecting debris and becoming an eyesore, until the Army Corps of Engineers dragged them out of the river and hauled them away for scrap. It was a fitting end for the Indiana Hi-Rail.