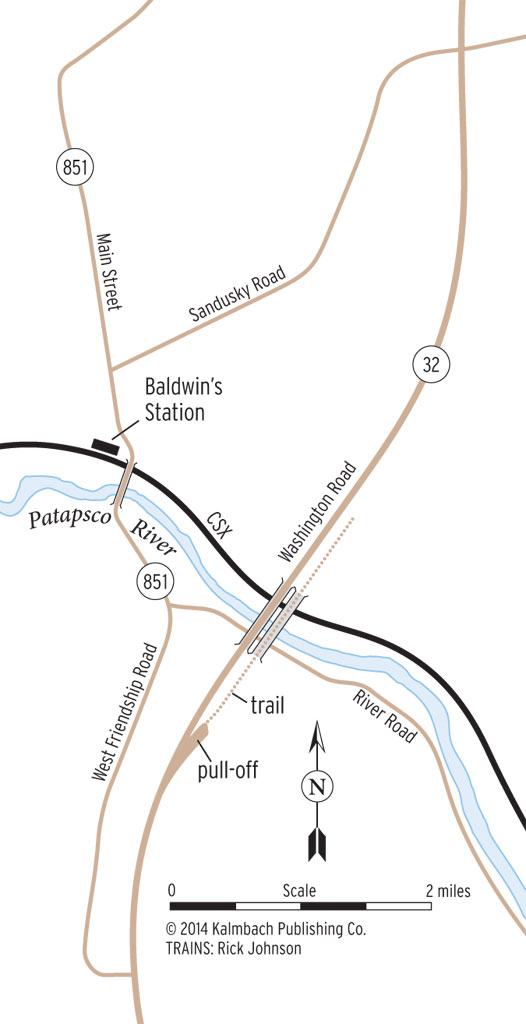 The town of Sykesville, a community of about 4,400, is nestled in the Maryland hills about 25 miles west of Baltimore. Visiting Baldwin’s Station restaurant (www.baldwinsstation.com), in the old Baltimore & Ohio station, is like traveling back in time 130 years. The station’s ornate design includes a B&O 0-8-0 Camel steam locomotive-inspired chimney, original jeweled stained-glass windows, exposed freight room roof beams, and a hardwood floor worn by the wheels of the station-agent’s chair. The station has even been offered as HO and N scale models. If that isn’t enough, CSX freight trains pass within feet of the outdoor dining area.

The restaurant is named for architect Ephraim Francis Baldwin who designed the station, along with more than 200 other B&O structures. Those include the Mt. Clare shops, now the B&O Railroad Museum’s main building, and the often-photographed Point of Rocks, Md., station. This station replaced the original 1820s structure, which was washed away by the Patapsco River flood of 1868. Another flood, from Hurricane Agnes in 1972, damaged much of the line through this part of the state.

TRAIN WATCHING
Sykesville and the surrounding area are great places to watch and photograph the trains of CSX’s Old Main Line Subdivision and explore railroad history away from the chaos of the large cities.

Up to 10 trains a day pass Sykesville, including loaded and empty coal and ethanol unit trains. No scheduled manifest freight trains operate on the line, but CSX is known to use it as an alternate route when a derailment or congestion closes the Metropolitan Subdivision main line west of Washington. Even Amtrak’s Capitol Limited has used the Old Main Line to detour in modern times.

Train-watchers visiting Sykesville have more than the station to occupy their viewfinders, however. A now-closed highway bridge adjacent to the current State Route 32 structure provides views of westbound trains along the river. A large pull-off south of the bridge along the highway provides safe parking for photographers wishing to use the bridge.

Other photographic opportunities include trails within Patapsco Valley State Park that offer visitors access to the line in the hills around the community. To the east, River Road follows the tracks and the river. A number of fishermen’s pull-offs offer photo access, especially in the winter. 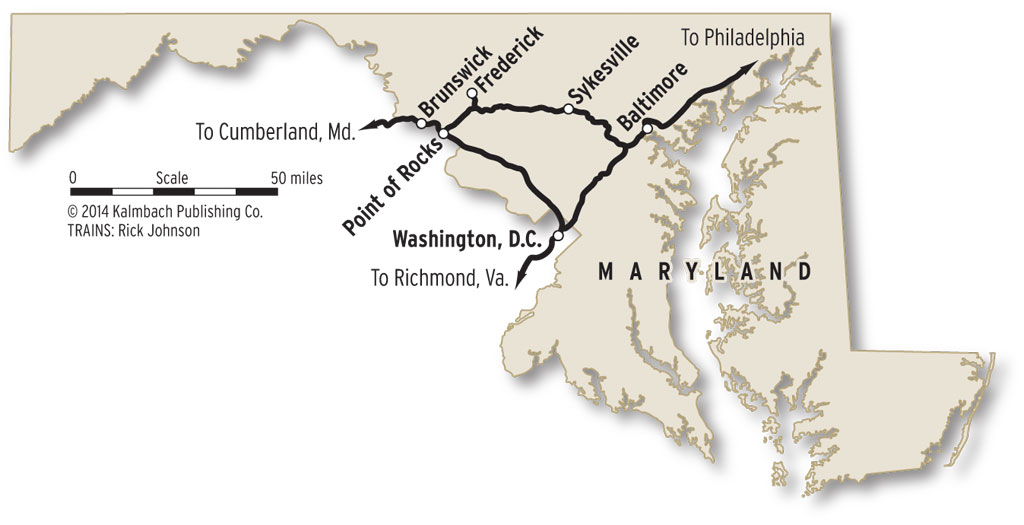 FOR YOUR FAMILY
Howard County sponsors bus tours, starting at the B&O Railroad Museum in Baltimore, which take riders to Sykesville for day trips outside of the city.

For those who want to spend more time around Sykesville, The Inn at Norwood, just up the street from Baldwin’s Station, offers overnight accommodations. 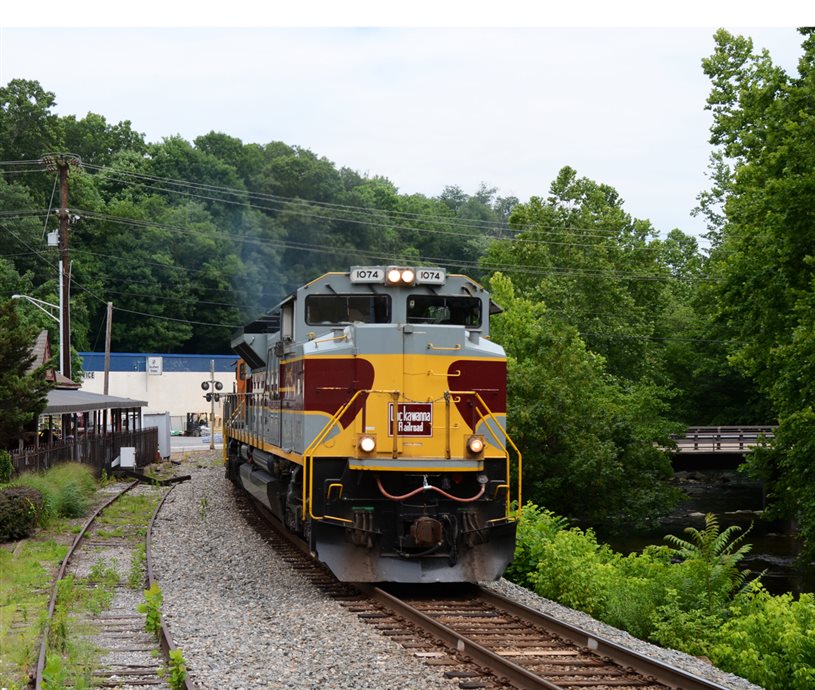 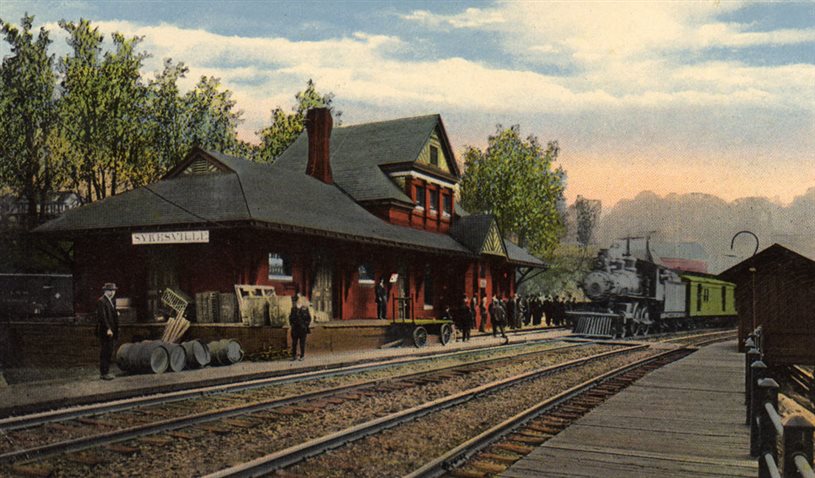 One thought on “Sykesville, Maryland”