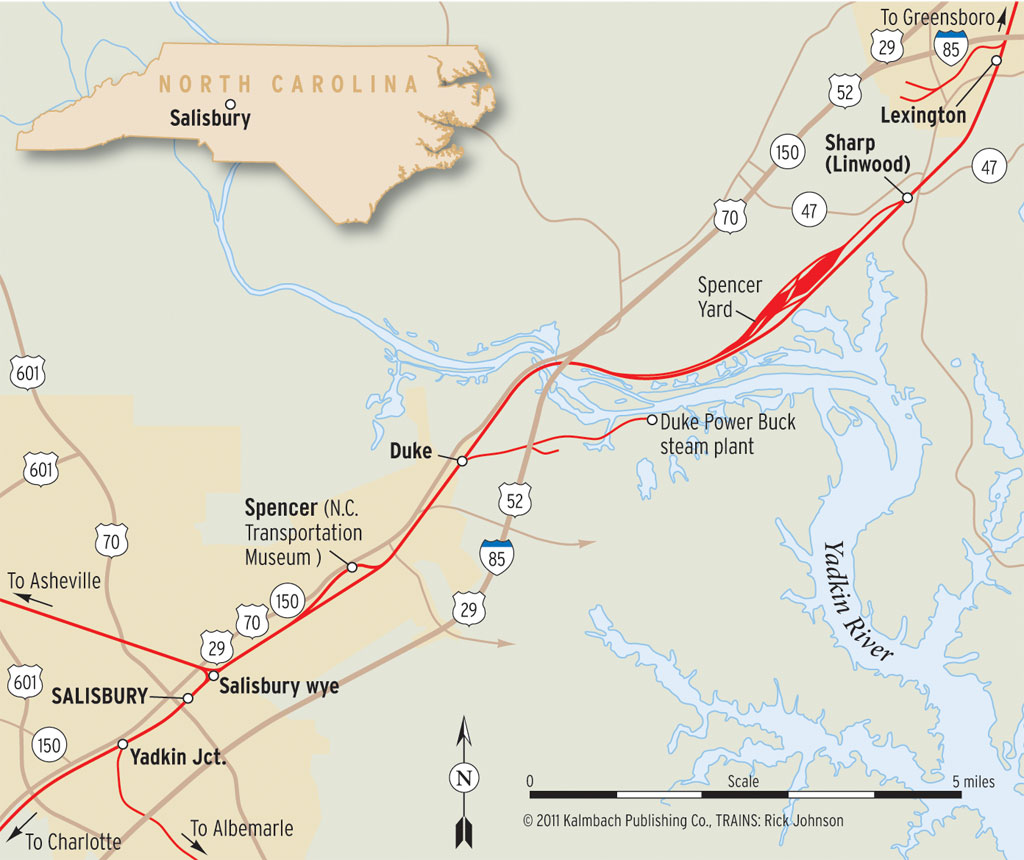 TRAIN WATCHING
The Salisbury wye off North Lee Street is the most popular train-watching spot in Salisbury among railfans, but be careful not to trespass on railroad property as you are surrounded by busy mainline tracks on all sides. Just south of the wye is the Salisbury depot, a restored Frank Milburn-designed Spanish Mission-style jewel from 1908. A gravel parking lot for a local antique shop, the Salisbury Emporium off East Kerr Street, is a great spot to catch southbounds. Another great location nearby is Fulton Street, west of the wye on the S-line. It provides a large public parking lot and it is a great place to catch trains coming off or awaiting permission onto the Charlotte District.

YARDS
NS’s Spencer Yard in Linwood, N.C., is six miles to the north and serves as the termination and origination point for all the manifest freight through Salisbury and as a crew change point for intermodal traffic. Built by Southern Railway in 1979, the yard at Linwood replaced the old Spencer yard that dated to 1896, which is used for coal and grain train staging, as well as two weekday local industry jobs called the Salisbury and Yadkin switchers. The southern tip of the old Spencer yard can be viewed from the 11th Street grade crossing.

NEARBY
The North Carolina Transportation Museum is in Spencer, adjacent to Salisbury, and features 14 structures, including a 37-stall roundhouse and 600-foot-long backshop that were part of the steam repair center. It also offers a 25-minute train ride and rolling stock displays. Details: 704-636-2889 or www.nctrans.org. 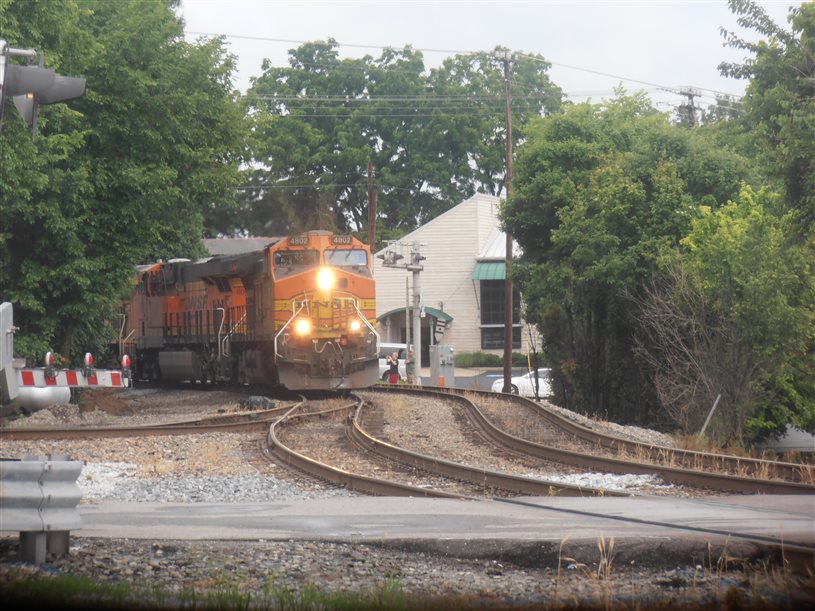 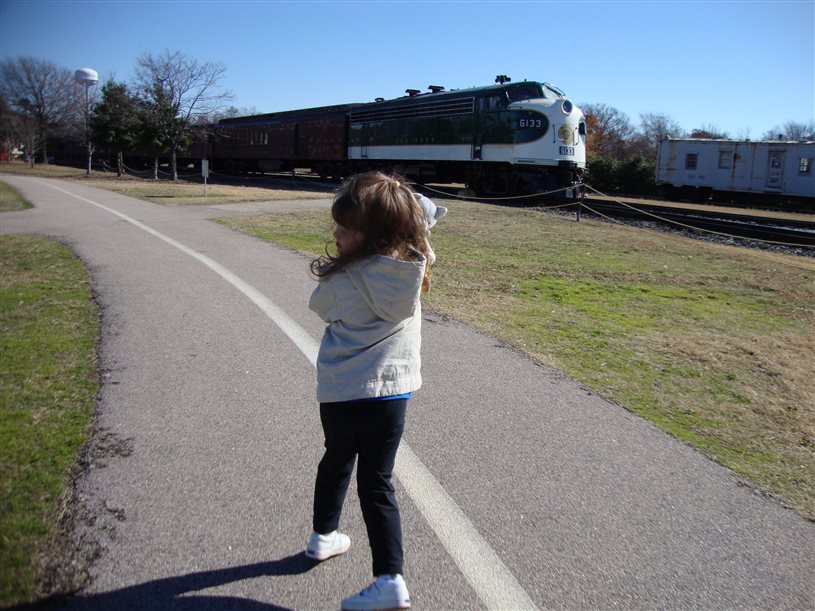 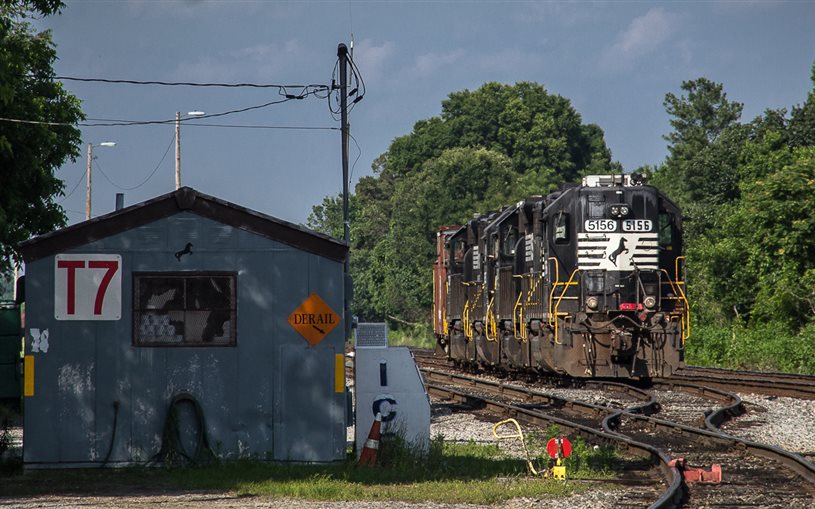 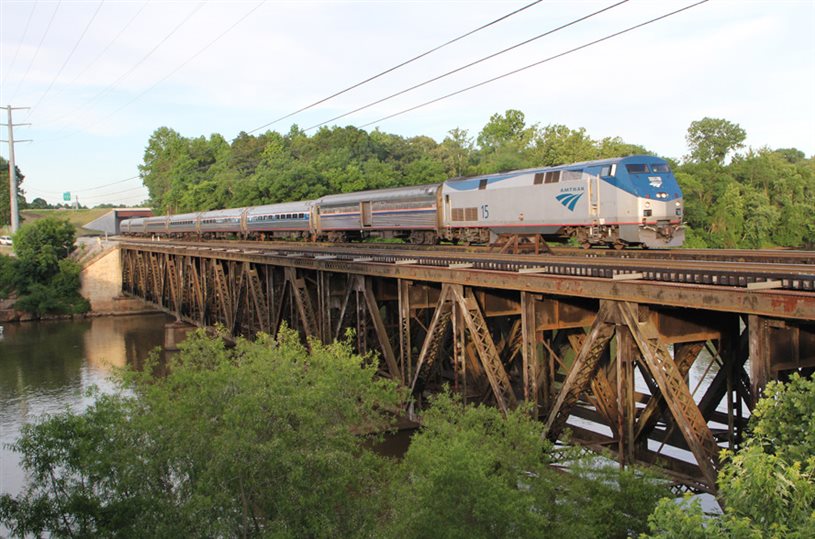 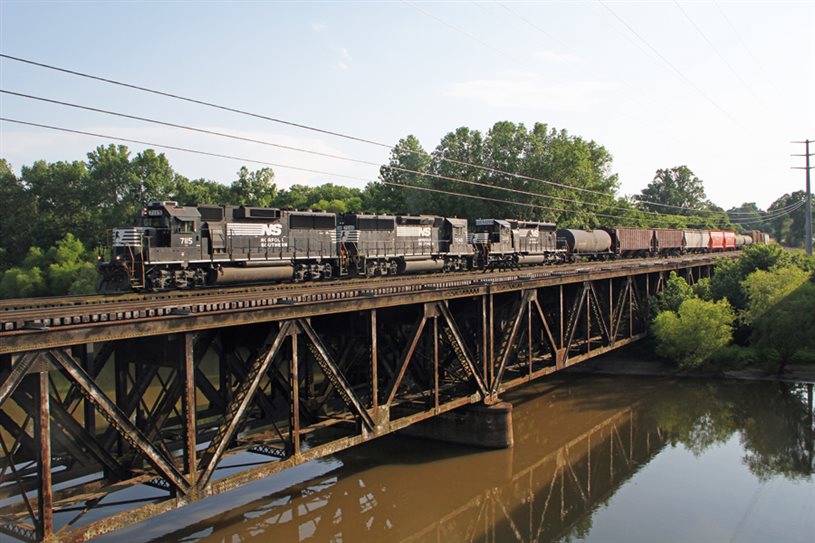 One thought on “Salisbury, North Carolina”