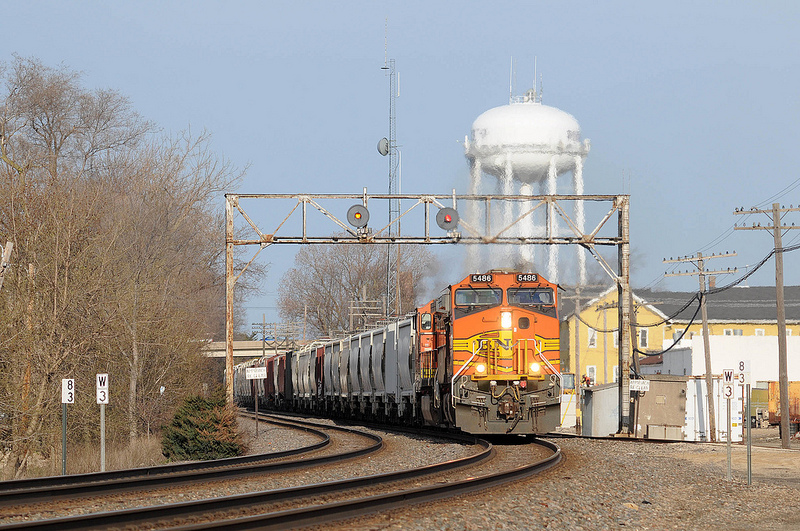 Rochelle, Ill., is known as the Hub City for good reason. Main lines of both BNSF Railway and Union Pacific cross on the west side of town. Because of this, and the heavy rail traffic they bring, the city of Rochelle started the Rochelle Railroad Park in 1998. As many as 120 trains a day pass through the city of 9,500 residents every 24 hours.

The best train-watching spot is of course the Rochelle Railroad Park. The park is open 24 hours a day and provides a safe, elevated vantage point. Restrooms, grills, and free Wi-Fi are available to visitors. Train-watchers without a radio scanner can tune their car radios to 106.9 FM to pick up the park’s scanner feed. For more information the park, visit www.rochellerailroadpark.org.

Note that Rochelle now has a quiet zone in effect for railroad horns. This means visitors, and webcam followers, will not regularly hear trains blow for crossings in town.

A BNSF eastbound rolls through Rochelle in April 2013.
Brian Schmidt
BNSF’s traffic is largely intermodal and automotive to and from Minneapolis, Seattle, and Portland. The line, known as the Aurora Subdivision, was originally Chicago, Burlington & Quincy, which became Burlington Northern in 1970 and BNSF in 1995. BNSF has a local based in Rochelle; the locomotive, usually a GP38-2, is kept near Main Street downtown. 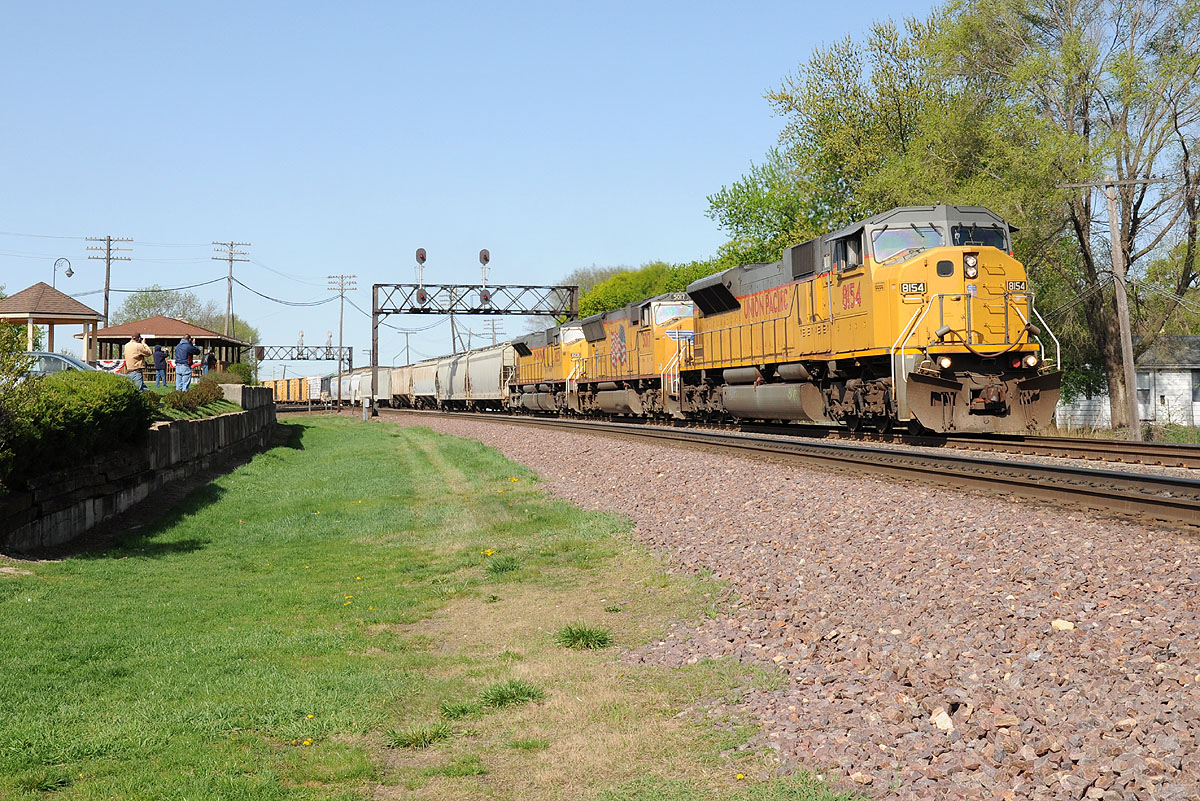 A UP eastbound passes the Rochelle Railroad Park in April 2010.
Brian Schmidt
UP traffic is largely coal and intermodal on the former Chicago & North Western Geneva Subdivision, which UP acquired the line with its merger of the C&NW in 1995. Normal operations on the line are reversed from other lines with trains running on the lefthand track in a given direction.

Many UP trains originate or terminate at the Global III intermodal yard west of town. In fact, some westbound trains originating at the yard will not even been seen in town! A number of shuttle trains operate throughout the day, moving containers between Global III and other intermodal facilities in the Chicago area.

The city also has its own short line, known as the City of Rochelle Railroad, which runs on the east side of town along South Caron Road. It is municipally owned, and operated by the Burlington Junction Railway. Parked locomotives are not accessible from public property, but when operating, the railroad runs along the side of the road.

Trains Magazine’s Rochelle webcam is mounted on the roof of the park shelter with a westward view of the diamond crossing. Registered users watch the rail action at Rochelle for free any time from a computer by going to TrainsMag.com. 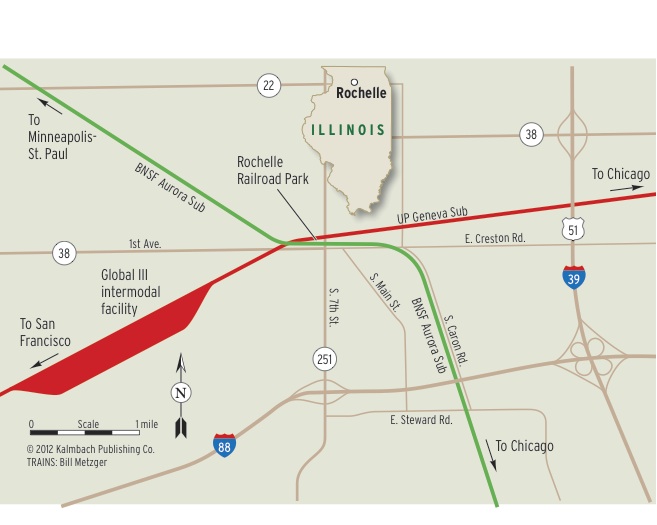 Rochelle has a number of restaurants and hotels to choose from, most are located on Illinois Route 38 near Interstate 39. Rochelle also has some locally owned restaurants located downtown that are worth visiting. Other nearby cities, including DeKalb, Sycamore, Rockford, and Dixon have additional options available.