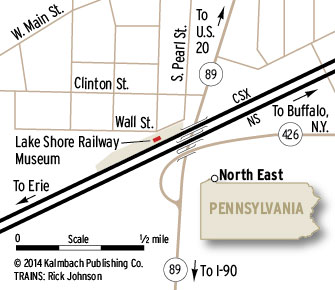 North East is a borough of about 4,200 people and is the northernmost incorporated community in Pennsylvania. It is little more than a mile from the shore of Lake Erie, and just 3 miles off Interstate 90. The community, located in northwestern Pennsylvania, is named North East for its location in northeastern Erie County.

The Lake Shore Railway Historical Society and Museum is located in town in the former Lake Shore & Michigan Southern station. The complex is adjacent to the tracks of the former New York Central and Nickel Plate Road, which now belong to CSX Transportation and Norfolk Southern. 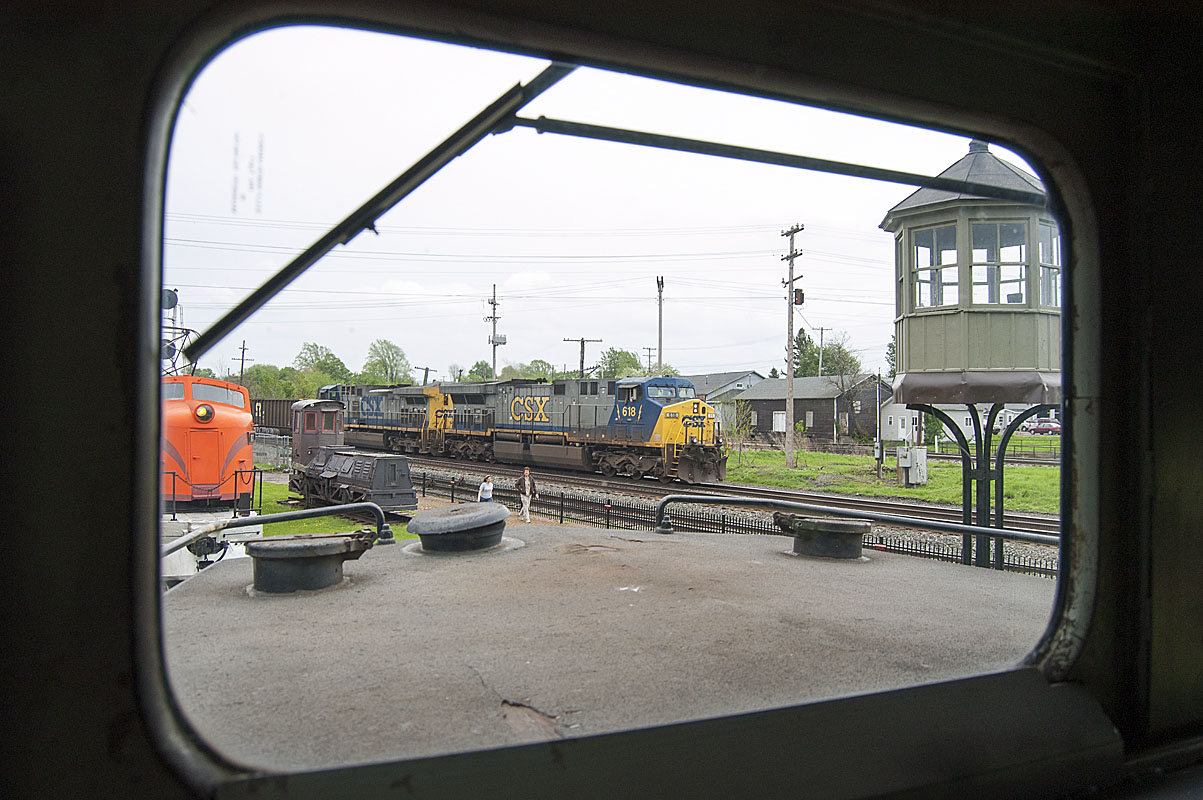 Modern rail action, like this CSX train, and historic artifacts are both on tap at the Lake Shore Railway Museum in North East.
Steve Sweeney
As many as 80 trains pass through North East each day. CSX accounts for a majority of the moves through the area on its former NYC trackage, while NS also hauls respectable numbers on its line just to the south. Canadian Pacific has trackage rights on CSX and sends a daily intermodal through town.

NS and CSX locals switch nearby plants as needed. The largest are Welch’s and Cott Corp., which process locally grown Niagara and Concord grapes into juice, jelly, and other grape-flavored food products.

Mainline freights run the gamut from slow coal to priority intermodal, including trailers and containers. Unit garbage, manifest, and crude oil trains also appear in town. Traffic volumes are heaviest toward the end of the week, especially Thursdays and Fridays. Weekends see respectable numbers of trains that drop off come Monday morning.

The Lake Shore Railway Historical Society owns and operates the museum, which is housed in the 1899 brick station, the third on the site. It succeeds two previous structures, built in 1852 and 1869, the second of which was reused as a freight station and still stands. The NYC and later Penn Central used the station until the end of passenger service to North East in 1971.

Visitors to the museum are welcome to walk the grounds day or night, year-round. Benches and tables are provided. The historical society owns the property and permits visitors to watch trains from behind a small steel fence that is less than 10 feet from the CSX main line on the west side of the right-of-way and on the original brick passenger platform. The historical society broadcasts scanner chatter through speakers at the platform.

The museum focuses its collection on objects or equipment related to North East and Erie County, followed by items related to the General Electric locomotive shops in nearby Lawrence Park, 11 miles to the west. That is why visitors will see a lot of GE equipment on site: Various box-cab industrial locomotives; a Chicago South Shore & South Bend 800-series “Little Joe” electric; a 132-ton centercab diesel built for Ford Motor Co.; and NYC U25B No. 2500.

The museum also hosts a collection of NYC, Nickel Plate, and Great Northern passenger cars, and assorted freight cars. Volunteers also boast of having the only operating fireless Heisler-built locomotive, an 0-6-0T assembled in Erie that now runs on compressed air. For more information on the museum, go to lakeshorerailway.com. 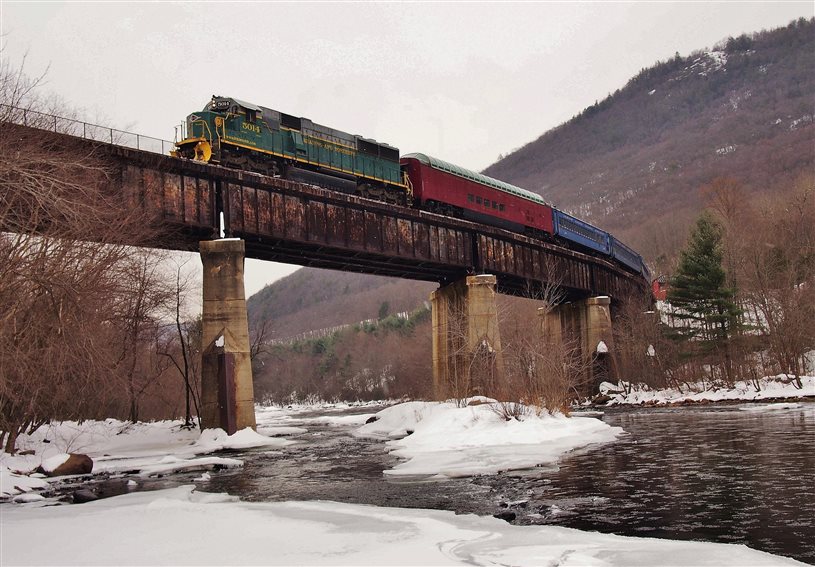