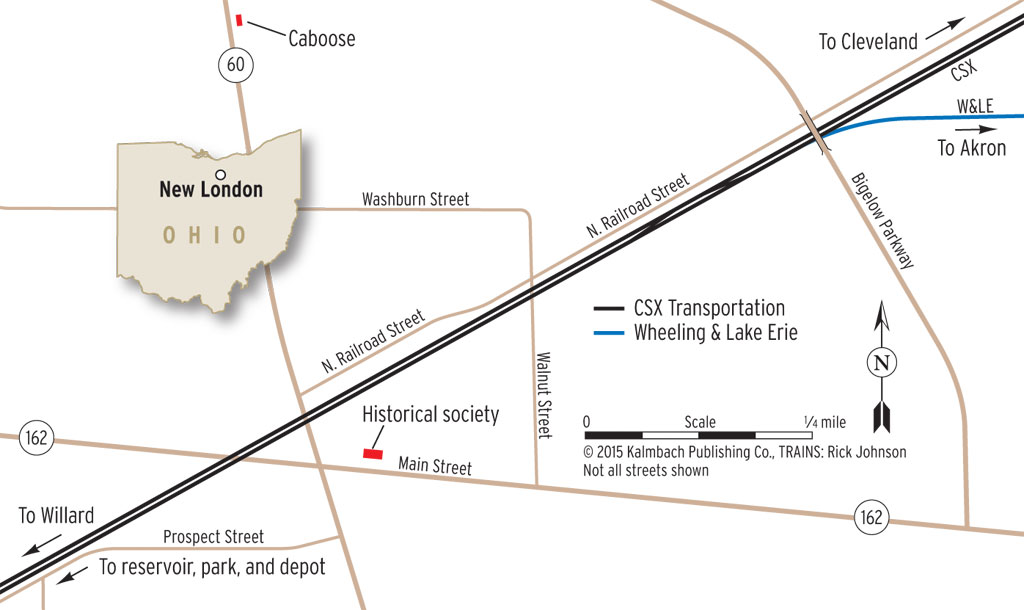 TRAIN WATCHING
The community is bisected by CSX’s former Conrail Indianapolis Line, which now handles traffic west of Cleveland bound for Indianapolis, St. Louis, and now, Chicago, thanks to an upgraded connection at nearby Greenwich. Traffic levels average around 50 trains in 24 hours. Foreign power is fairly common on the line and adds a nice variety to the CSX motive power.

A CSX radio tower is located in downtown New London making it easy to catch radio traffic in the area. At milepost 50.3, located 3 miles west of town, you’ll find a talking defect detector, which will warn for eastbound traffic.

The W&LE runs two regular trains each way a day, plus extras. One pair runs in and out of the CSX yard in Willard. They carry Z577 and Z576 symbols while on CSX. Another pair of trains runs to and from Carey, Ohio. Those operate with Z689 and Z688 symbols on CSX.

Canadian Pacific haulage trains Q166 and Q165 run daily on CSX. Times can vary, but usually it is eastbound in the morning and westbound in the late afternoon or evening.

Railroad photography around New London offers many options. The casual observer is best suited at the far west end of town on the city reservoir. The west end of the reservoir offers an elevated view of the CSX line with clear views of the track in both directions. There are no steps in the northwest corner of the reservoir, however, steps are located on the southwest corner with a short walk to the tracks.

The town itself has easy access to the tracks, with multiple grade crossings and streets parallel to the tracks. East of downtown, the Bigelow Parkway overpass places visitors right over the junction. The bridge does not have sidewalks, but does include wide shoulders outside the traffic lanes.

FOR YOUR FAMILY
Family activities include a city-owned golf course and campground west of downtown adjacent to the reservoir. A restored AC&Y depot serves as the office for a city park on the southwest side of downtown.

The New London Historical Society is located downtown at 13 East Main Street. Other nearby museums include the Thomas Edison Birthplace Museum and Milan Historical Museum, both in Milan. 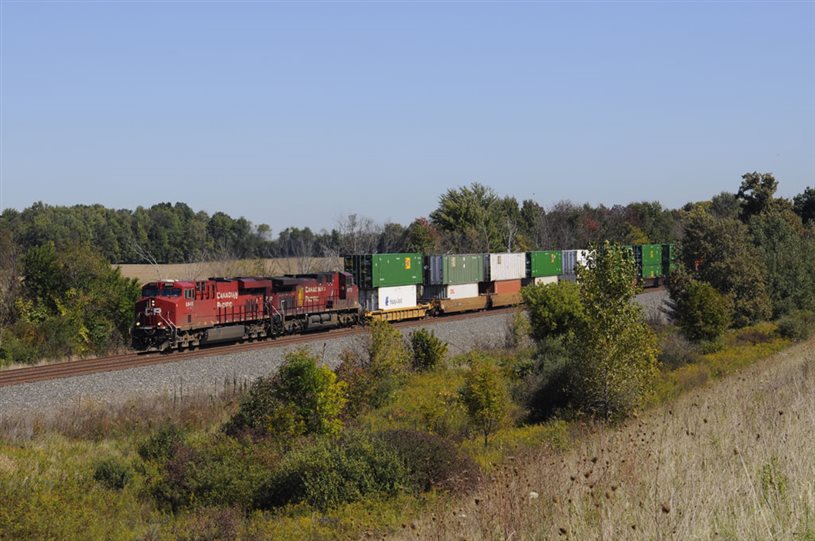 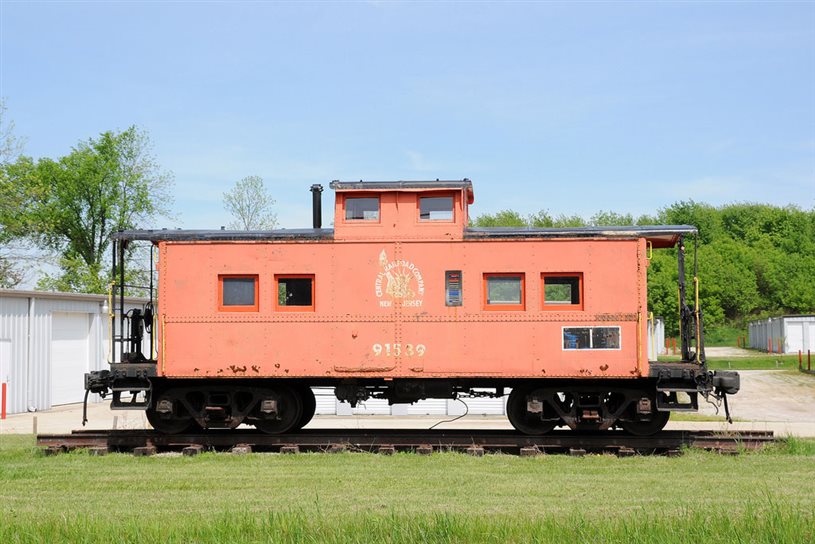 One thought on “New London, Ohio”