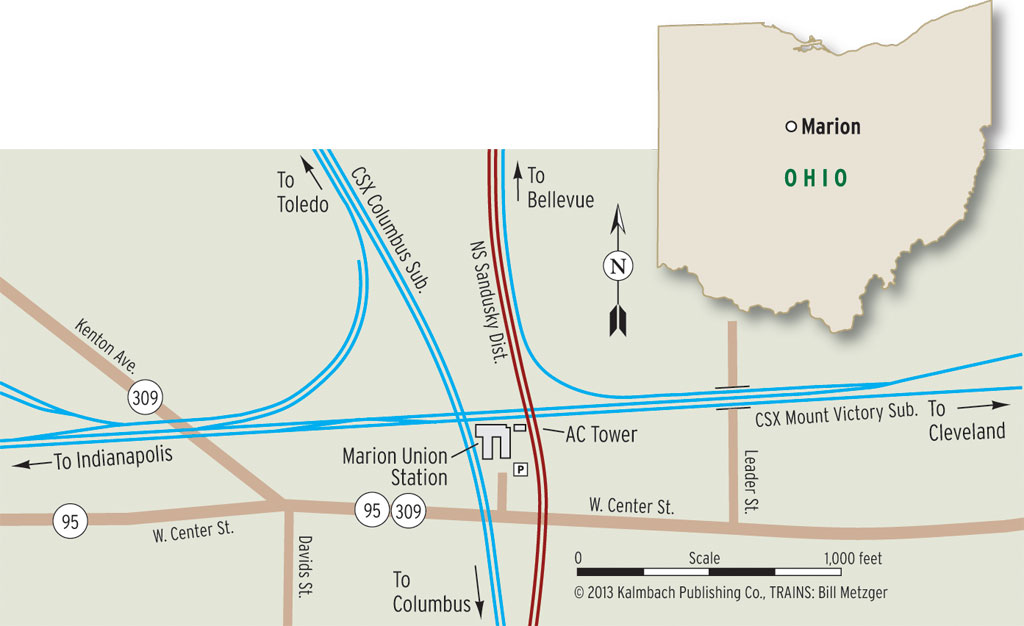 Marion, Ohio, is a post-industrial Rust Belt city that is famous for the Marion Power Shovel Co., one-time supplier of heavy-duty industrial machinery to the world. Because of its industrial prowess, four major railroads once served the city of 35,000: Chesapeake & Ohio, Erie, New York Central, and Pennsylvania. This variety and density lead to the city being dubbed the “train-watching capital of Ohio.” Today, CSX has two main lines here and Norfolk Southern one. The former C&O is now the Columbus Subdivision, handling traffic between Toledo and its namesake city, and the former New York Central is now the Mount Victory Subdivision, with traffic between the Northeast and Indianapolis. NS operates the former PRR line as its Sandusky District between Columbus, Bellevue, and Sandusky. CSX also runs the former Erie through Marion and 6 miles east to serve as double track for the former New York Central line. The city sees 80 trains a day.

TRAIN WATCHING
The best place to catch the action is the Marion Union Station museum complex on West Center Street adjacent to all the diamonds. The Marion Union Station Association owns the museum, which features railroad signals and dispatchers’ equipment, an Erie Lackawanna bay-window caboose, and the restored AC Tower, which visitors can operate. Displays are open 10 a.m.-2 p.m. on Tuesdays and Thursdays, but the grounds are always available for train-watching.

Other great locations to see and photograph trains include the concrete coaling tower on NS that is visible north of the city, adjacent to the U.S. 23 bypass. You’ll get great views of CSX in downtown Marion and of the yard from Ohio 309/Kenton Avenue. Also, the Warehouse Italian Restaurant, occupying the former Columbus, Delaware & Marion interurban station, is located on Center Street.

Both railroads operate about 40 trains a day with a good mix of traffic, including automobiles, auto parts, coal, grain, and intermodal. CSX’s traffic is split evenly between its two lines. There is a connection between the two in the northwest quadrant that sees 5 to 7 trains a day. All three lines through Marion are operated timetable direction east and west.

CSX container trains Q107 and Q106, to and from the Kansas City Southern at Rose Lake (East St. Louis), Ill., originate and terminate five days a week at the Marion Industrial Center. Both regularly have KCS power. CSX also originates an overnight turn, known as Q109, that moves traffic between Marion and the railroad’s North Baltimore, Ohio, container facility. Trains arriving and departing from the intermodal yard can be viewed from a park adjacent to Route 309 at the west end of the facility, as well as from the museum complex.

YARDS
CSX and NS both have yards. CSX operates some of the former Erie yard, shared with a Union Tank Car Co. shop on the west side (part of the old Erie shop). CSX also serves the Marion Industrial Center, an industrial park on the east side of town at the former U.S. Army Marion Engineering Depot; it also is the location of an intermodal yard that sees mostly Schneider National traffic. NS uses the former PRR yard on the north side of town.

FOR YOUR FAMILY
Marion was the home of Warren G. Harding, the 29th president of the U.S., when he launched his campaign in 1920. The Harding Home and Museum is located on Mount Vernon Avenue, and the Harding Memorial is at the corner of Delaware Avenue and Vernon Heights Boulevard. The city also hosts the Marion Popcorn Festival, held every September to celebrate its claim as the popcorn capital of the world. Nearby state parks include Delaware State Park; the Big Island Wilderness Area, which includes the Marion Tallgrass Trail, built on the former Erie right of way; and the Killdeer Plains Wildlife Area. 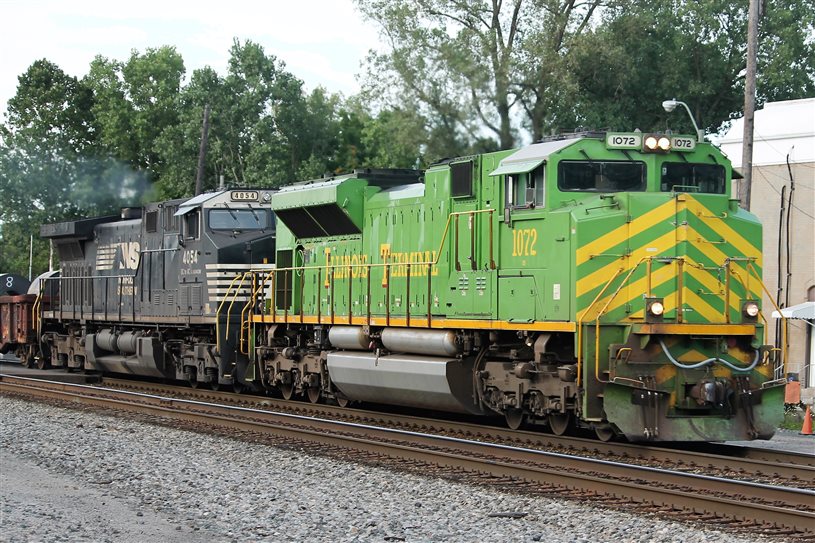 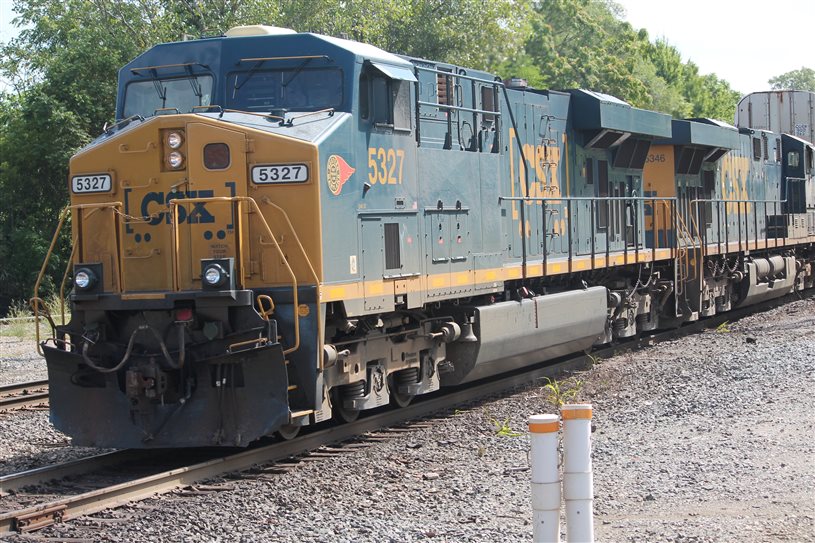 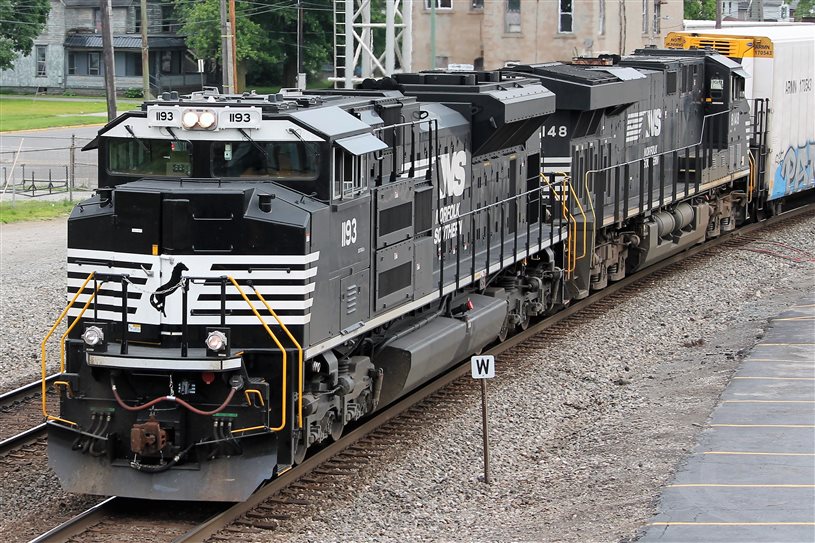 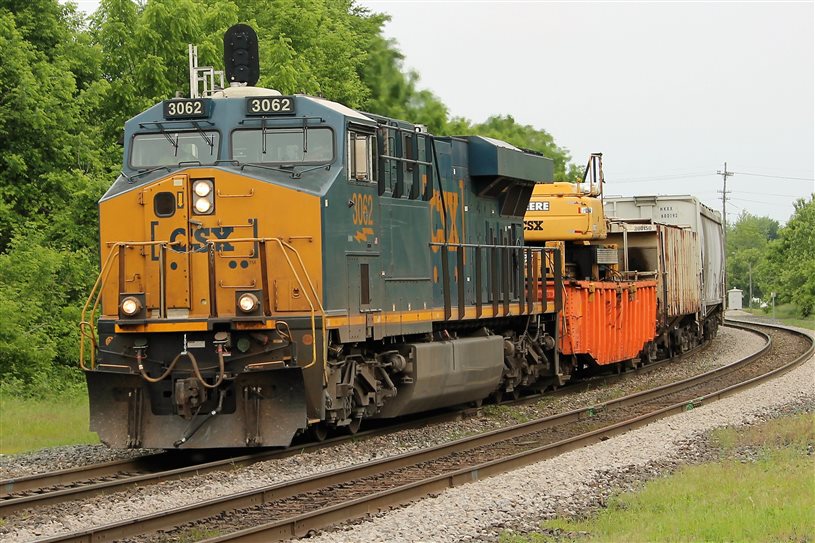 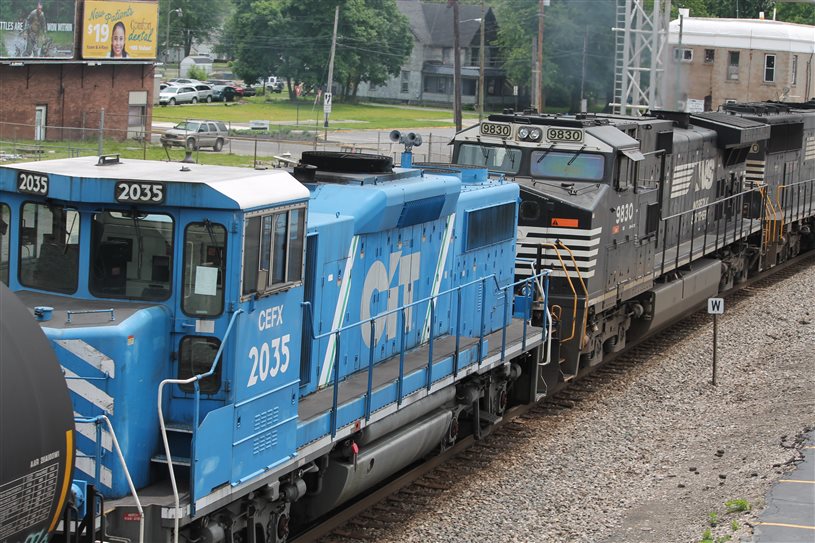