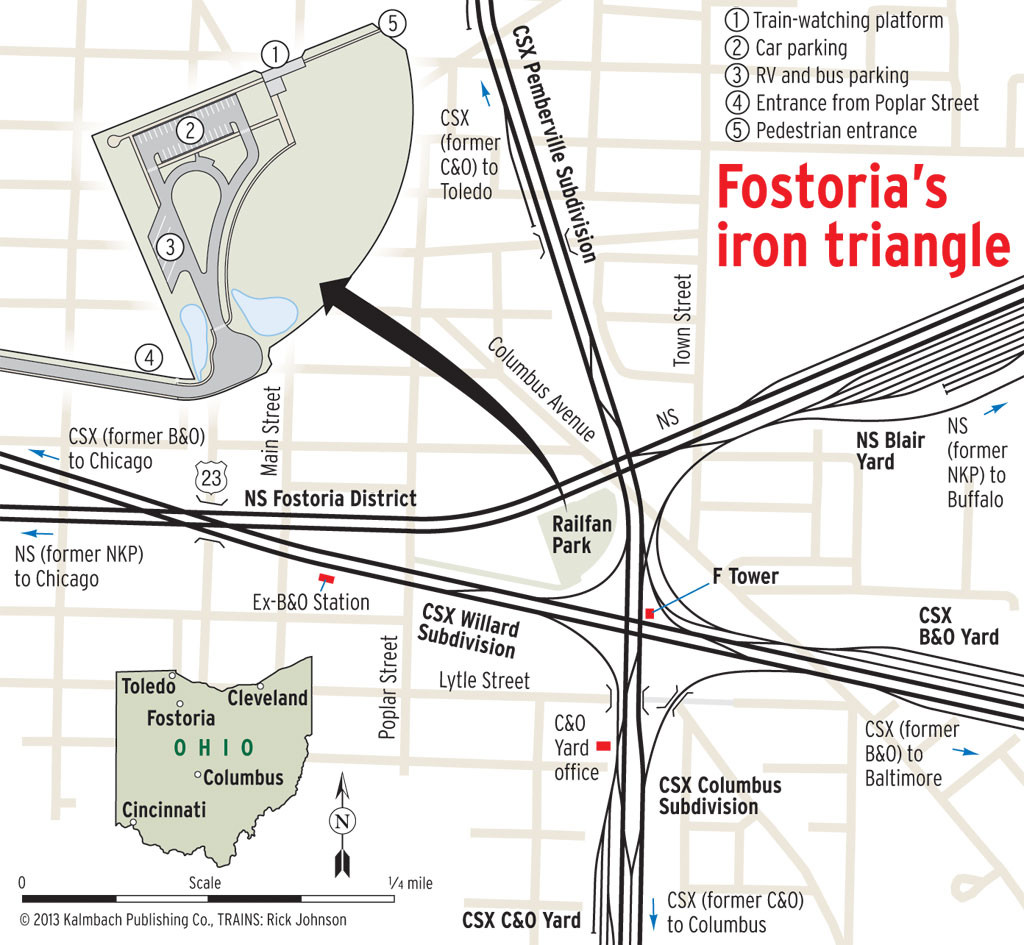 Fostoria is a city of 14,000 in northwest Ohio, about 35 miles south of Toledo. Like its larger neighbor to the north, Fostoria is known for its one-time glass production. The Fostoria Glass Co., founded in the city in 1887, even supplied glassware to railroads for their dining cars! The city is also known for the first installation of CTC in the country, on a now-abandoned New York Central line. The dispatcher was on the north side of town located in a brick tower on Jackson Street that still stands.

Fostoria is still a busy rail junction with about 100 trains on three main lines crossing at grade, two CSX Transportation and one Norfolk Southern. Because of the track arrangement, the neighborhood adjacent to the tracks is known as the “Iron Triangle,” a nickname railroad enthusiasts also use to describe the city.

TRAIN WATCHING
With the planned October 2013 opening of the new Fostoria railfan park, train-watching in the city now centers on the Iron Triangle neighborhood. The park is bordered by all three main lines and Poplar Street to the west. (For the latest information on the park, go to www.fostoriairontriangle.com.)

The park is the best train-watching spot, but there are a number of locations throughout the city which lend themselves to railroad photography. Thankfully, Fostoria is busy enough that an adventurous railfan can search for photo spots and not miss all the action.

The busiest line in town, CSX’s former Baltimore & Ohio main line to Chicago, known as the Willard Subdivision, sees 60 trains a day. CSX’s other main line, a former Chesapeake & Ohio route, is known as the Pemberville Subdivision to the north and the Columbus Subdivision to the south. It hosts about 20 trains a day. Norfolk Southern’s former Nickel Plate Road Fostoria District crosses its namesake city, and both CSX lines, providing another 20 trains each day. However, a number of CSX trains make use of the four connecting tracks in the city, complicating the CSX train counts.

Fostoria sees all kinds of traffic from both railroads: coal, automotive, intermodal, grain, ethanol, and general freight. Any city with more than 100 trains a day will provide constant entertainment, but mornings, evenings, and overnights are the busiest in Fostoria. All movements through town are controlled by F Tower, a CSX-manned structure to the east of the park. Also, all trains are operated timetable east-west, even those on the former C&O route.

CSX and NS both base locals in Fostoria and a number of road trains work the multiple yards nearby. Be on the lookout for CSX train H795, which navigates the connecting track between CSX and NS to work the Mixing Center, an automotive distribution facility on NS, east of town.

FOR YOUR FAMILY
Fostoria is near several family-friendly attractions. Toledo has a great zoo, art museum, and minor league baseball team, the Toledo Mud Hens. Sandusky, about 40 miles northeast of Fostoria, is home to Cedar Point amusement park. 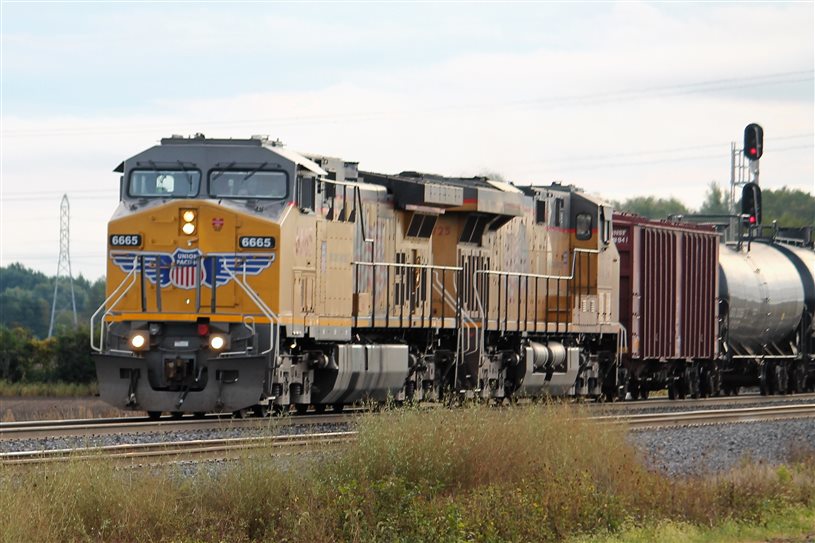