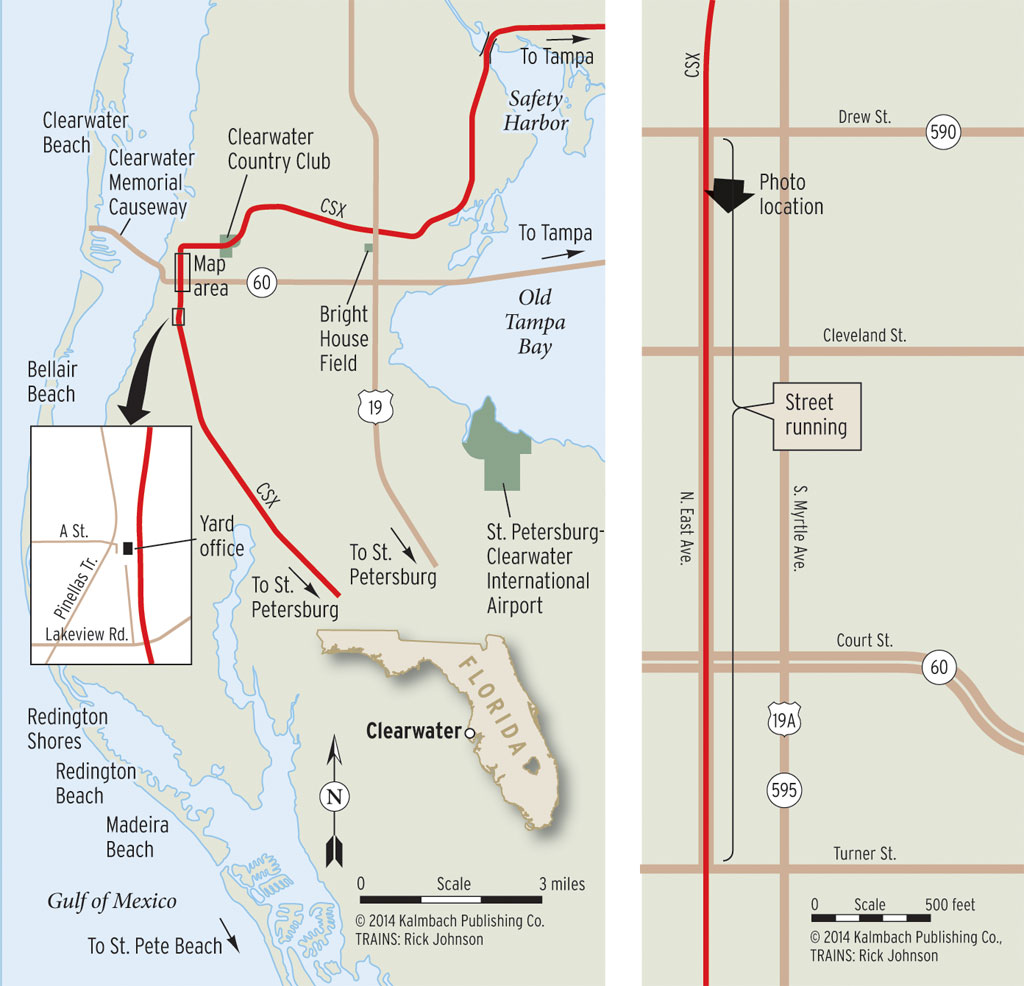 The name Clearwater summarizes what this Florida city, a popular vacation destination, is all about. Imagine the Gulf of Mexico’s clear blue water alongside beautiful white sand beaches. Now imagine the sound of two GP40-2s rumbling down the middle of a busy street beneath palm trees, just blocks from one of those beaches. Then, just five minutes of driving will take you back to the beach.

TRAIN WATCHING
CSX train O701, nicknamed the “Clearwater Switcher,” is the only train that operates on the Clearwater Subdivision. With operations scheduled each weekday and with pickups and setouts between St. Petersburg and Tampa, it is typically easy to find and follow on its 25-mph run.

The crew goes on duty at 10 a.m. at the yard office just south of the street running in Clearwater. Typical operations find it running to Tampa first to pick up cars before switching industries on the line.

One intriguing photo spot is the street-running trackage on East Avenue, from Turner Street to Drew Street. Another unique scene lies just a few miles away, in the heart of Clearwater Country Club’s 18-hole golf course. Capture this colorful local as it runs among golfers, alongside fairways, and even over a small trestle near the clubhouse.

Another location worth exploring is the long bridge across Safety Harbor, on approach to neighboring Tampa. Numerous ponds, palmettos, and a few sidings, primarily used for car storage, are also located along the line.

FOR YOUR FAMILY
While you take a few hours to follow the Clearwater Sub, the family can relax at one of many nearby beaches.

Other attractions include the Cleveland Street District, home to year-round dining and shopping. For baseball fans, Clearwater’s Bright House Field is the spring training home of Major League Baseball’s Philadelphia Phillies. Nearby St. Petersburg is home to the Salvador Dalí museum. Mix in dolphin-watching, golfing, and the nearby Florida Strawberry Festival in Plant City, and your family will have plenty of activities. 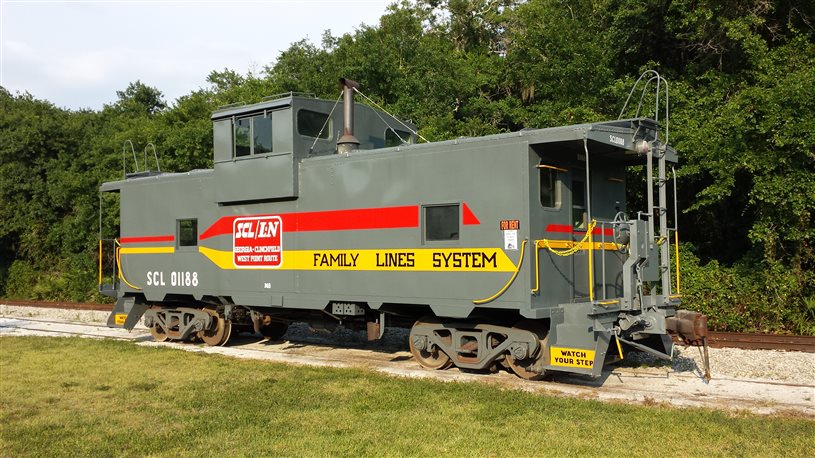 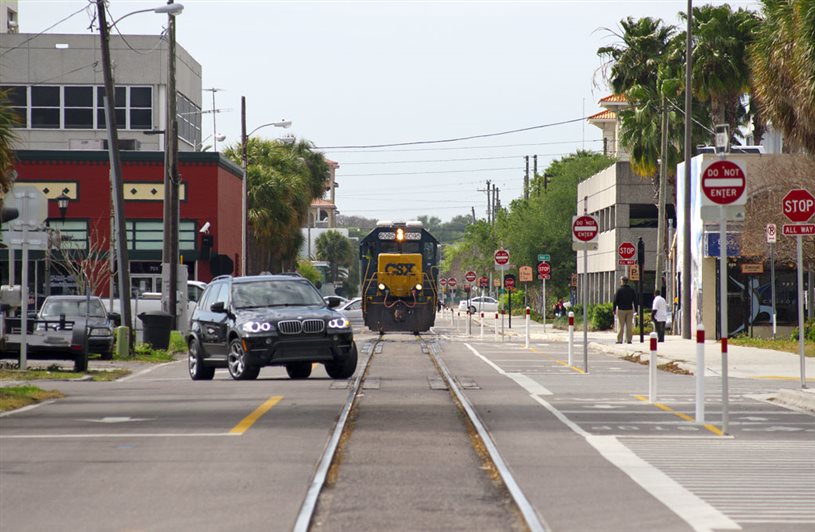 One thought on “Clearwater, Florida”