Find out what made Tom's list of favorite diesel locomotives 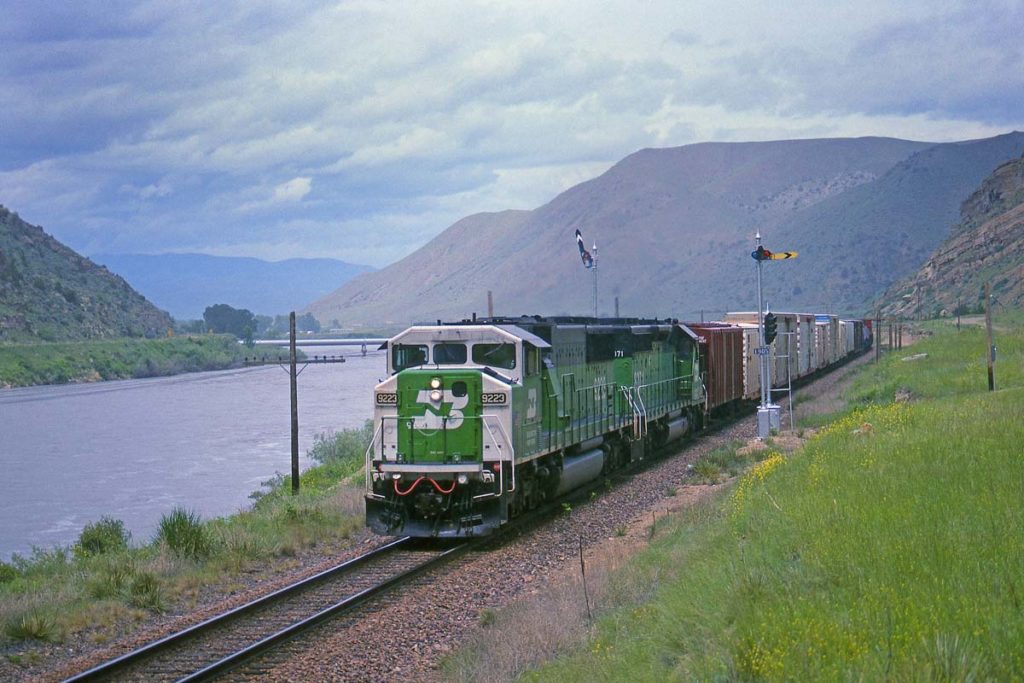 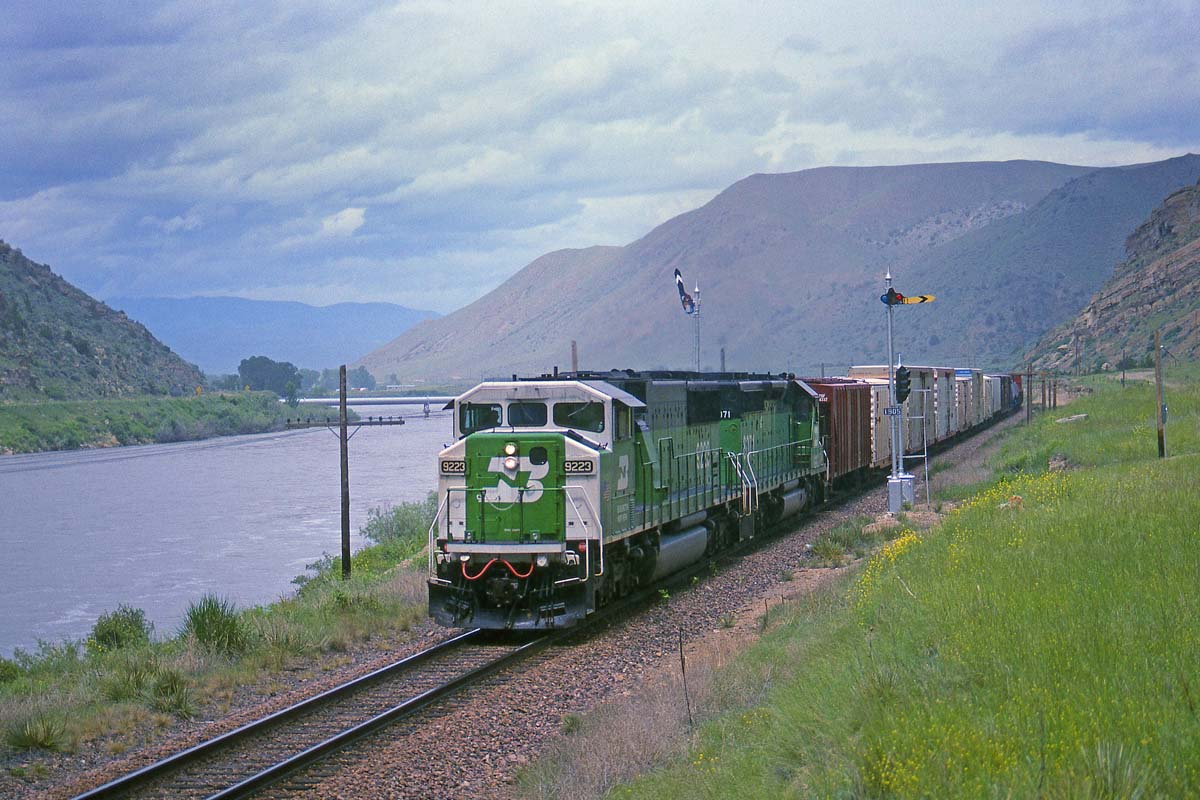 On June 10, 1993, a Burlington Northern SD60M and SD40-2 take an eastbound freight along the Missouri River and into Lombard Canyon just east of Toston, Mont.
Tom Danneman
Learn about Trains Art Director Tom Danneman’s favorite Burlington Northern Railroad Company diesel locomotives, presented in no particular order. The story of Burlington Northern has been told many times, and in many ways, but it still feels like BN never got the recognition it deserved. The story always seemed like it was about the railroads BN swallowed. Admittedly, popular railroads such as Great Northern; Northern Pacific; Chicago, Burlington & Quincy; Spokane, Portland & Seattle; and later St. Louis-San Francisco were relegated to history. Because of that, however, BN inherited a variety of locomotives. On March 2, 1970, the new railroad amalgamated nearly 2,000 locomotives from all four of the major American locomotive builders, American Locomotive Company, Baldwin Locomotive Works, Electro-Motive Division, and General Electric, with countless models, making Burlington Northern one of the more exciting railroads to follow. What do you think?
For more, check out Tom’s feature story in the March 2020 issue. 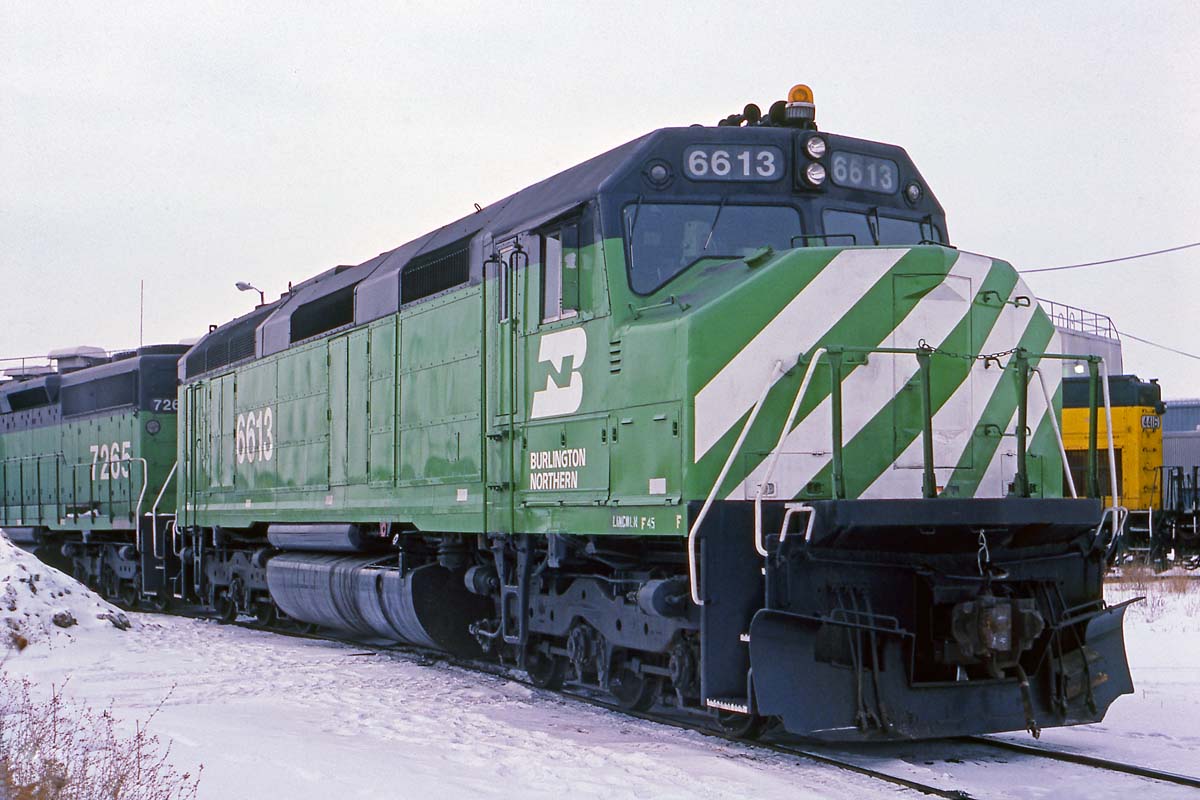 In January 1984, Burlington Northern F45 No. 6613 awaits its next assignment in Chicago & North Western’s Butler Yard near Milwaukee.
Tom Danneman 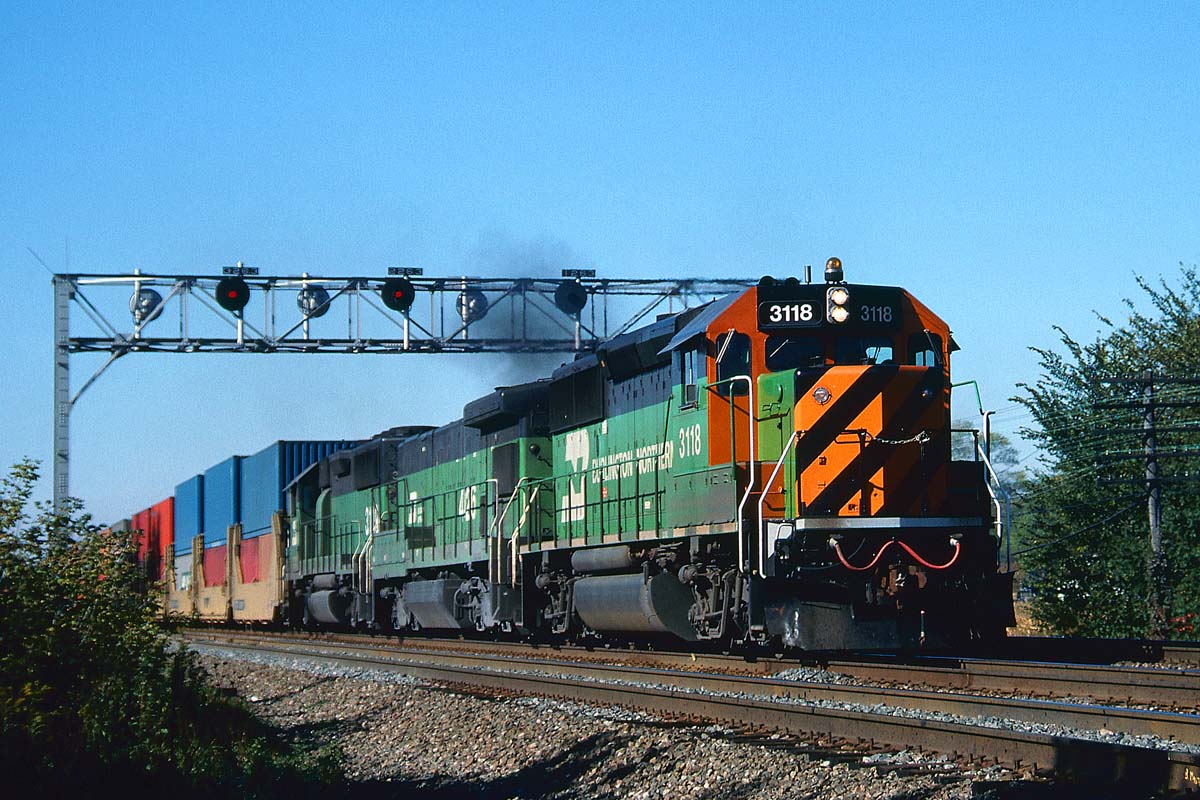 In October 1985, a nearly-new Burlington Northern tiger-stripe GP50 leads a B30-7A(B) and a Frisco-ordered GP50 on a stack train on the Racetrack east of Naperville, Ill.
Tom Danneman 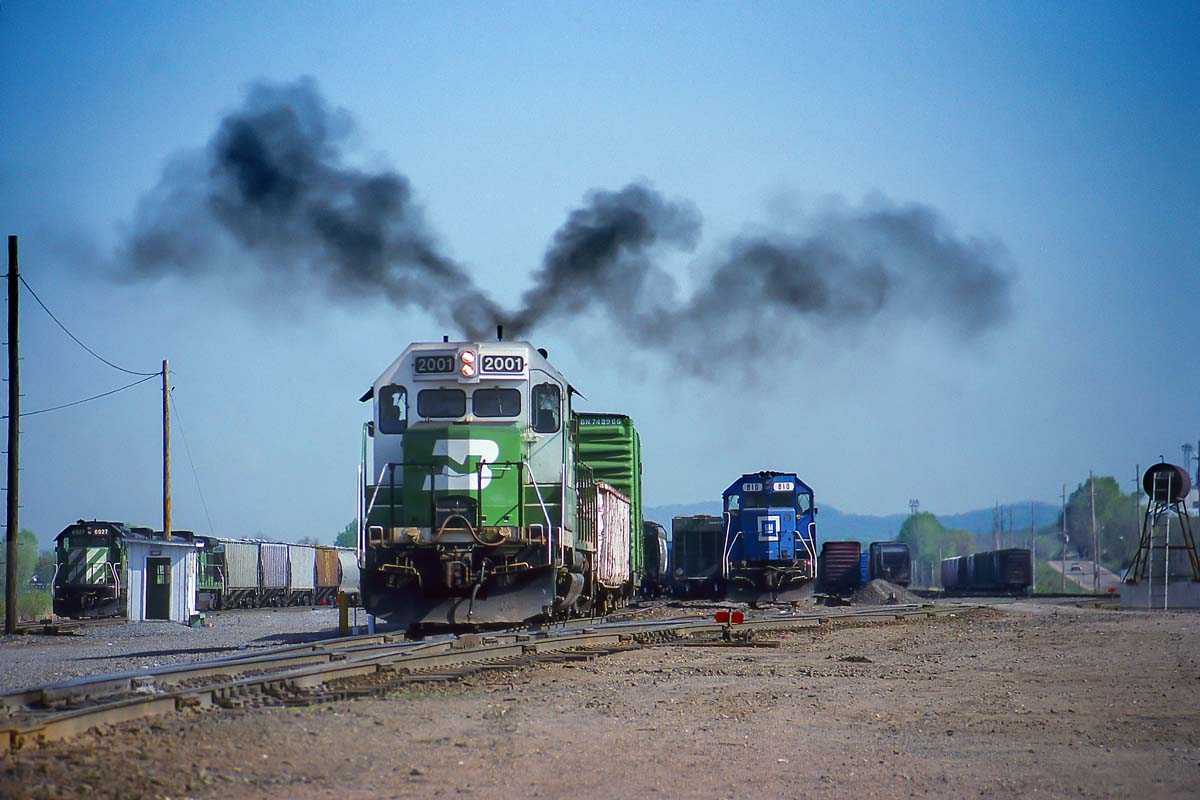 In May 1992, GP20C belches out a bit of smoke as it switches Burlington Northern’s North La Crosse, Wis., yard.
Tom Danneman 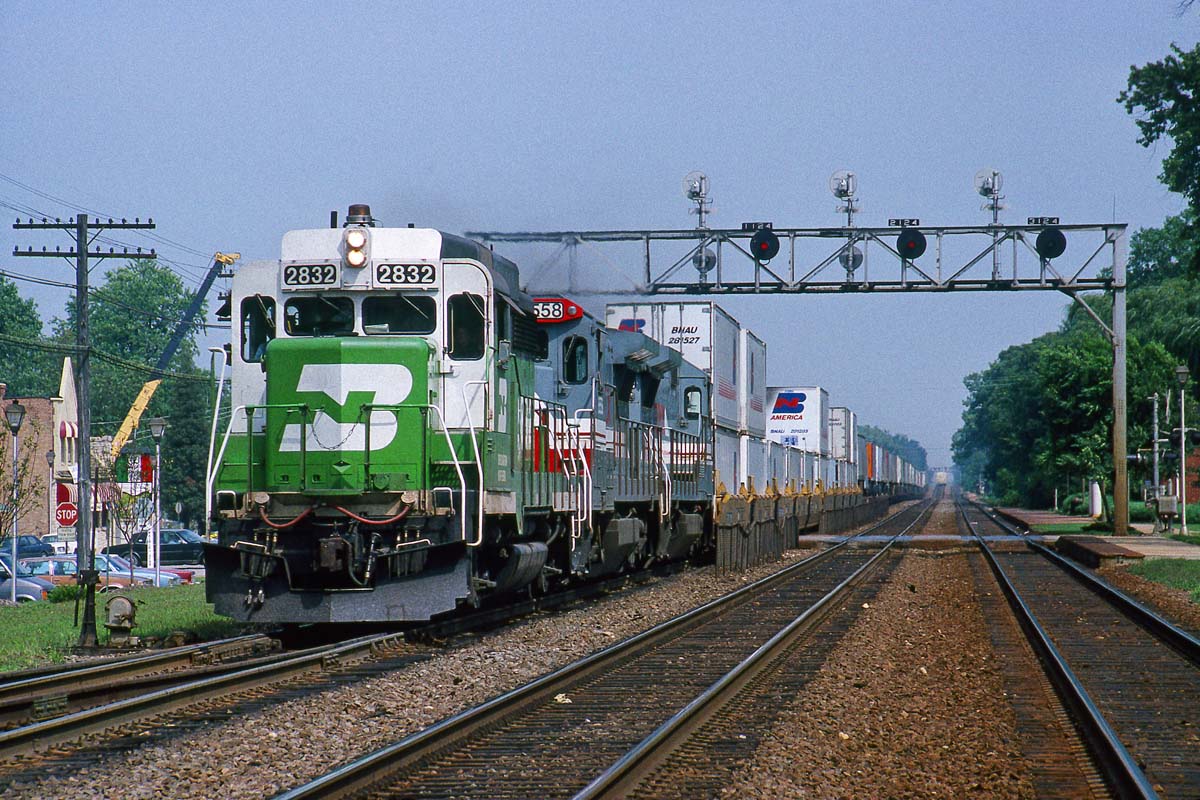 On Aug. 25, 1990, a Burlington Northern GP39M leads two LMX locomotives on train No. 3 down the “Racetrack” near Brookfield, Ill.
Tom Danneman