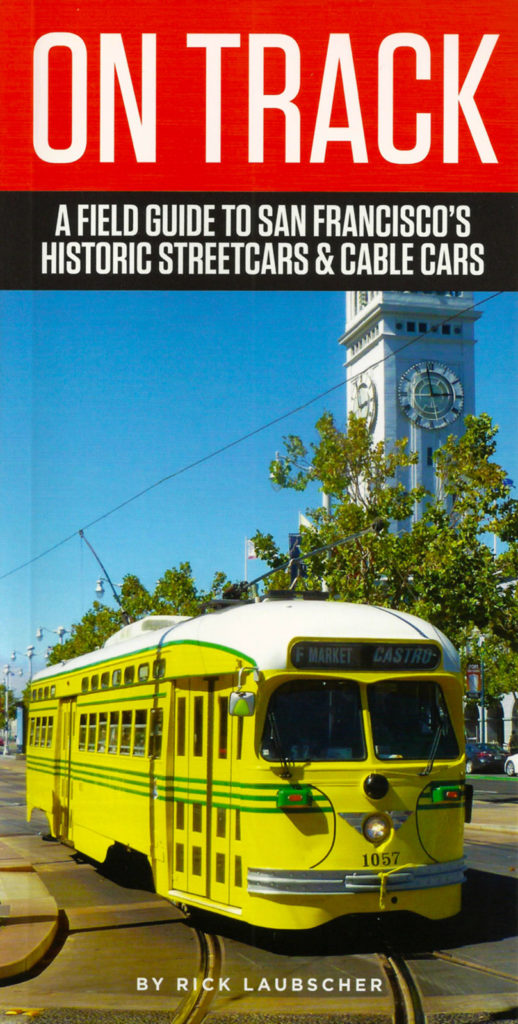 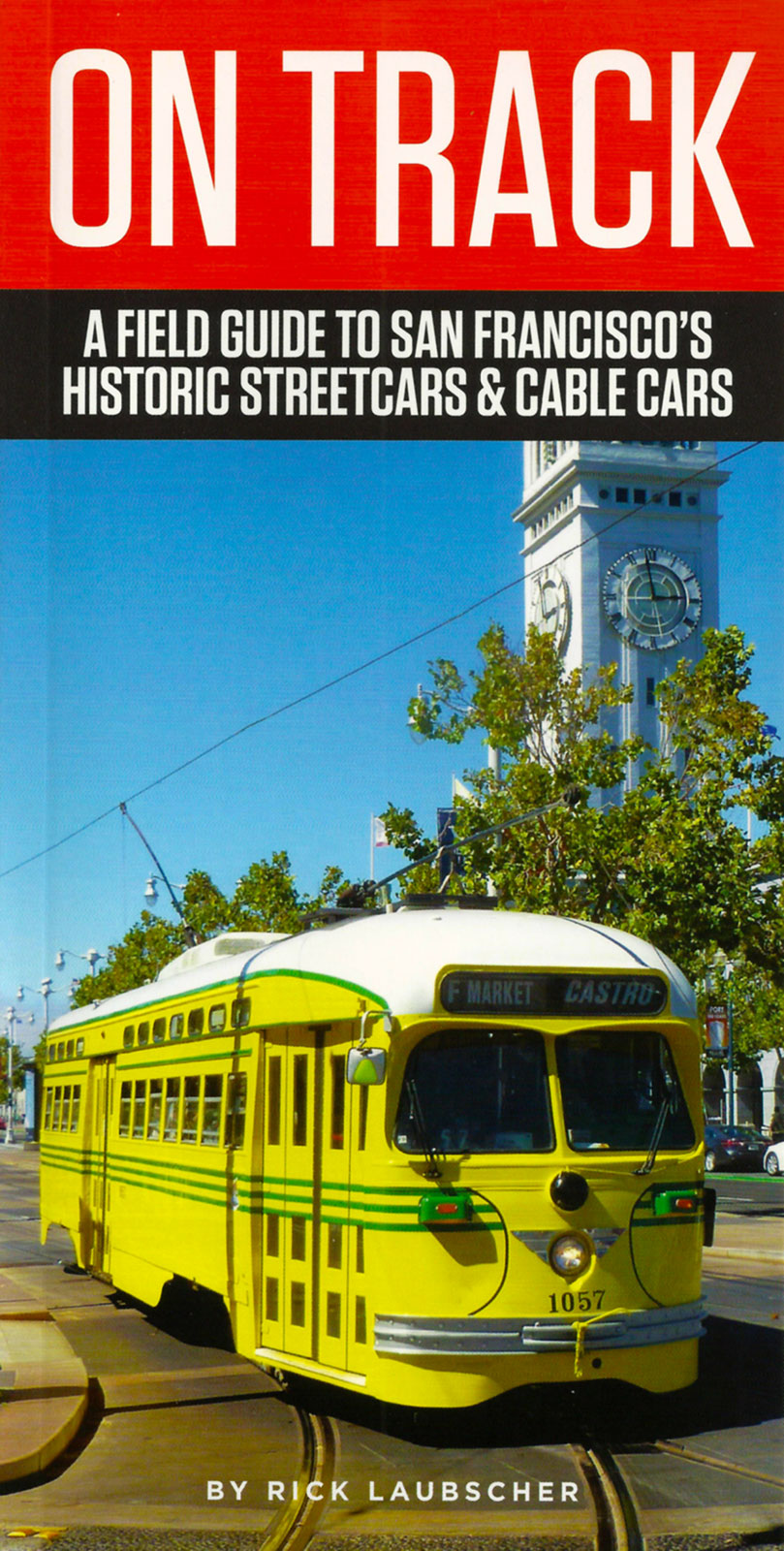 Only in San Francisco can you ride a fleet of historic PCC and cable cars through one of the world’s most beautiful cities. All but doomed in the early 1980s, streetcar service was saved when civic activists convinced the city to host a vintage trolley festival that became an instant hit with residents and tourists. The annual festivals led to the creation of today’s wildly popular F-Market Line and Wharves Line through downtown and along the city’s scenic waterfront.

No other city operates two different types of vintage rail transit seven days a week, 365 days a year, all under the care of the San Francisco Municipal Railway (known by locals as “Muni”). And now there’s a field guide that matches the vibrancy and vitality of the city’s eclectic fleet. “On Track: A Field Guide to San Francisco’s Historic Streetcars and Cable Cars” is authored by fourth-generation San Franciscan Rick Laubscher, who played a key role in bringing the F-line to life; he’s also president of the Market Street Railway, Muni’s nonprofit preservation partner.

Filled with dazzling illustrations and a clean, colorful design, “On Track” is a splendid guide to the city’s iconic streetcars and world-famous cable cars. The slim softcover fits nicely in a pocket, purse or camera bag. The attractive layout is a marvel of space management: all of Muni’s 26 streetcars, 32 PCCs, and 60 cable cars get a chance to shine in profiles that feature their histories, builders’ specs, a color illustration, and thumbnail photos. This makes up the heart of the book, but other highlights include a guide to city attractions along the F-line, riding tips, ride-walk tours, and even a train spotter’s checklist. Lausbscher also provides a San Francisco rail history timeline and recounts how citizens rallied to save their streetcars.

Color-coded tabs make it easy to locate a section while on the go, and Laubscher’s writing style is lively and fact-filled. While the type might a bit small for some older eyes, it’s a small trade-off for the richness and sheer volume of information packed into the book’s 128 pages.

While researching the a Muni story (see “Pretty Cool Cars,” April 2014], the reviewer became a  fan of Market Street Railway’s stellar website, on which this book is clearly modeled. “On Track” is like having that website in your pocket … only you do not need a Wi-Fi signal!

You may eventually leave your heart in San Francisco, as Tony Bennett famously sang, but do not leave this entertaining guidebook out of your library.