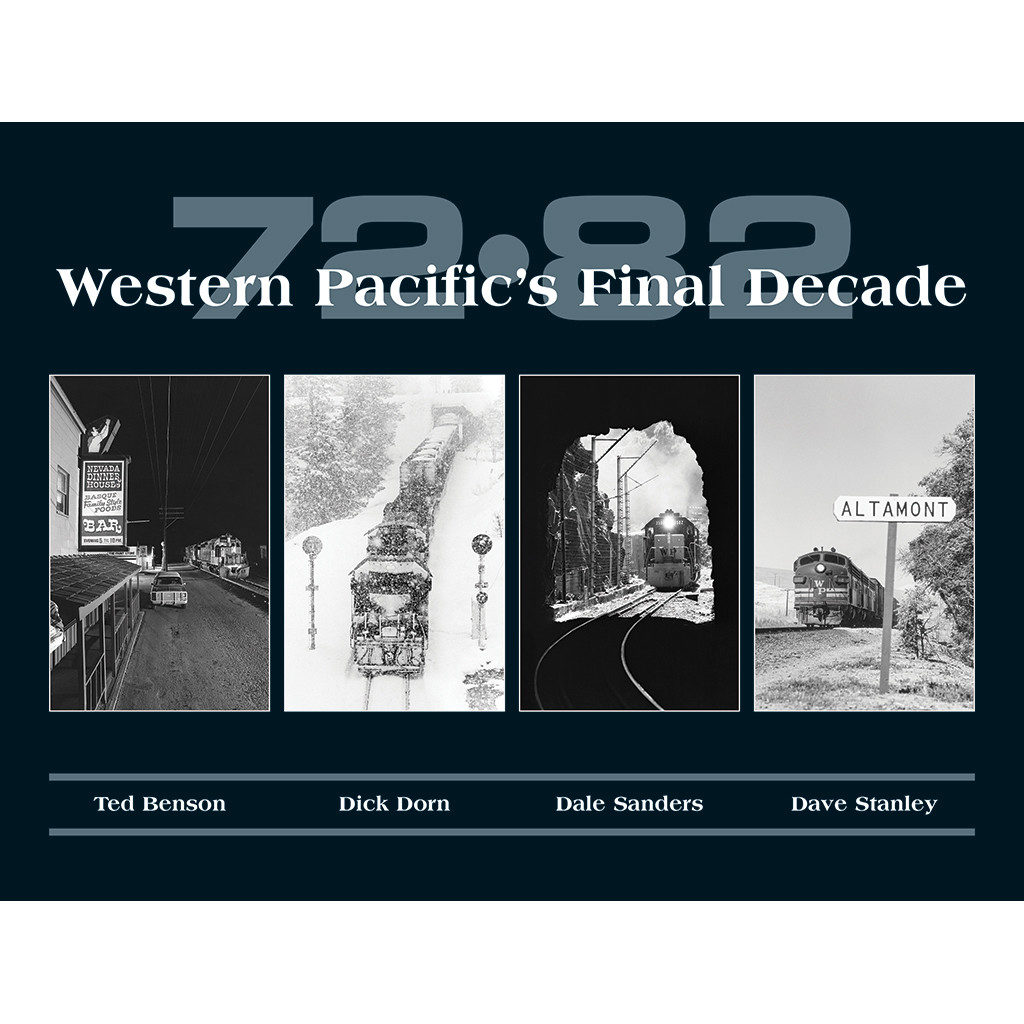 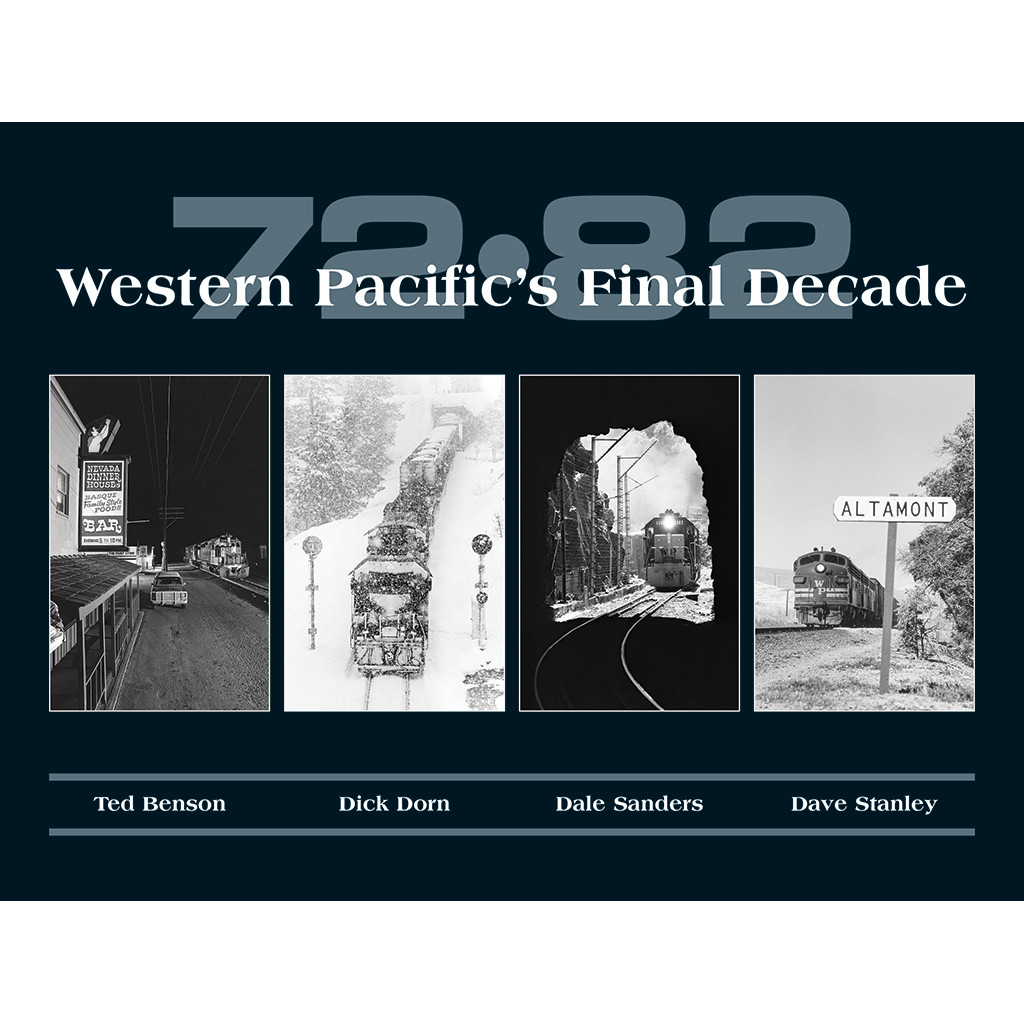 North American railroading wasn’t always dominated by super-sized Class I railroads and a smattering of so-called regionals and short lines. Not that long ago, the “Class I railroad” designation fit a whole bunch of “regular-size: railroads. Think Missouri-Kansas-Texas; Gulf, Mobile & Ohio; and Spokane, Portland & Seattle. And think Western Pacific.

Originally part of financier George Gould’s empire, Western Pacific was conceived and built as the western link in a transcontinental rail network intended to compete with Southern Pacific’s original Utah-California Overland Route. Western Pacific connected with Denver & Rio Grande Western (another Gould railroad) in Salt Lake City, and for the 80 odd years of WP’s existence, shippers finally had a way around the SP monopoly.

Being the underdog – SP had far more monetary and political muscle – Western Pacific countered with excellent service, the fabulous California Zephyr passenger train in conjunction with the Rio Grande and Burlington (as well as lesser trains of its own, including a Budd RDC operation that ran the length of the system), and a PR department that successfully wrung everything it could out of every event. Despite perpetually being in SP’s shadow, WP trains rolled behind beefy Mikados and modern Mallets, and later EMD FT road units. A search for modern 4-8-4 passenger power during World War II resulted in 10 SP GS-class lookalikes. Diesel locomotives from every major builder graced the roster of WP and the various short lines under its corporate umbrella.

As the concept of railroading changed, so did Western Pacific. When it fell on hard times, management brought in Al Perlman as its new president, replaced aging diesels with modern ones, and scoured the company for ways to streamline the system. Union Pacific, which had been long unhappy with having to hand its transcontinental traffic to SP in Utah, ultimately bought the WP in 1983, and secured its own right-of-way into Northern California. Within a decade and a half, UP snapped the Southern Pacific, as well.

“72-82: Western Pacific’s Final Decade,” is a beautifully done book on the railroad’s final ten years of its life. Chronicled by four excellent photographers – Ted Benson, Dick Dorn, Dale Sanders, and Dave Stanley – the book is a compilation of their dedication to their subject. It’s easy to head trackside when the sun is shining, the train is well-lit, and the birds are chirping, but it’s another thing to consistently venture into WP’s unforgiving mountain and desert terrain during blizzards and torrential downpours, and suffer through everything from brambles and gnats to mud and occasional encounters with wild animals. This is Western Pacific’s story seen through the collective consciousness of these four photographers: Benson the newspaper photographer, Dorn the elementary school teacher, Sanders the graphic designer, and Stanley the railroad engineer. Each went back to the Western Pacific time after time to capture every facet of this tough competitor to the end.

The book begins with each photographer penning his personal perspective on the railroad, then quickly transitions to a thorough explanation of the who, what, where, when, and why of the Western Pacific in its last decade, from easternmost Utah and the Feather River Canyon, to the Inside Gateway and San Francisco itself. Short lines, including Sacramento Northern and Tidewater Southern are not forgotten, either.

It’s a fascinating ride, with management changes, operating challenges, equipment that in many cases should have been retired years before, the successes – and failures – of the competition with Southern Pacific, and the sheer drama of trying to make a buck and stay afloat in the railroad business.

The photography is excellent — no, make that superb. It’s obvious leafing through the book that all four authors kept their egos in check and worked as a cohesive team to make sure the best images, regardless of who clicked the shutter, made the final cut.

That can be a harder decision than it initially seems. Many times the photo you cherished the most, the one you struggled the hardest to get, climbing a mountain only goats would go to just didn’t come out the way you hoped. It’s been that way for anyone who ever tried to capture a fleeting moment of time, and it certainly must have been that way for these four. But common sense and excellent photo editing prevailed here, and every photo is practically a piece of art. Reproduction is excellent and layout out is first class.

If there is one facet of the book that really makes this a story of an entire railroad rather than just a collection of photos, it is the sensitive and creative way Western Pacific’s employees, the heart of the company, are portrayed. We see them as individuals. Many of them are there because it’s a paycheck and there are bills to be paid. Yet just as many went to work for the WP because of their deep love of railroads, and the WP in particular. The photographers were embedded with the troops if you will, and portray them with a sensitivity that could only come from a belief that the outsider in the employee’s midst could be trusted. The result is a rarely seen glimpse into the daily lives of railroad employees.

The written word is no slouch in this book, either. The authors not only explain, but inspire, and Benson, who is the book’s primary editor, dug deep into his soul. Recognized for his perfectionism in the darkroom, he reached the same plateau of excellence here in his writing.

For the puritans, be forewarned: you will spot a few photos you’ve seen before in magazines and other periodicals. Before crying foul, remember not everyone has seen them, and to present as complete a story of the Western Pacific as possible, their inclusion is necessary and welcome.

Whether you’re a Western Pacific fan, or a fan of railroading in the 1970s, “72-82; Western Pacific’s Final Decade” is a wonderful way to spend an evening or two when it’s cold and nasty outside or just a pleasant diversion from a tough day on the job. It deserves a spot on your bookshelf.