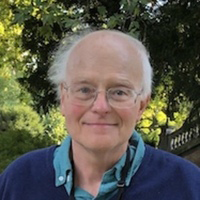 For veteran business writer and Trains author Dan Machalaba, there was virtually nothing about transportation that wasn’t fascinating. Big-rig trucks, coal-hauling unit trains, bush planes, container ships — all of them drew his scrutiny at one time or another in a journalism career that spanned more than four decades, including 33 years at the Wall Street Journal.

With a gentle nature that belied his dogged determination to get the story, Machalaba covered most of the big railroad themes during his 1976-2009 tenure at the Journal, from regional railroads and megamergers to changes in technology and the lives of railroaders. A favorite source for him in those years was the late William L. Withuhn, longtime curator of transportation at the Smithsonian Institution.

After his retirement, Machalaba turned some of his focus to Trains, for which he wrote several long-form feature stories, a craft at which he excelled. For Editor Jim Wrinn, suddenly having Machalaba available was a windfall.

“Dan’s writing was a dream come true,” says Wrinn. “He and I had met on a BNSF Railway inspection train early in my tenure as editor, about 15 years ago. We kept in touch, and after he retired from the Journal, he indicated he’d like to write for us. And did he! His feature stories were thorough, complete, and detailed with the careful touch of a veteran reporter and writer.”

Machalaba’s versatility was on display in the wide range of subjects he tackled for Trains. In the September 2010 issue, he analyzed the pernicious effects of NIMBYs on railroading. In April 2013, he explored how railroaders face split-second operating decisions. He covered history as well, writing in April 2012 about the links between railroading and the sinking of the Titanic, or in June 2019 considering Milwaukee Road’s star-crossed Pacific Extension.

“We on the staff but, more so, the readers were fortunate to have Dan,” says Wrinn. “Best of all, he was just a great guy who loved big things that move.”

Born in the Woodhaven neighborhood of Queens, N.Y., on April 4, 1949, Machalaba grew up in Livingston, N.J., and earned undergraduate and graduate degrees in English at New York University. He began his newspaper career at the Paterson (N.J.) News and later worked for Fairchild Publications in New York, as well as freelancing for the New York Times.

When he first joined the Wall Street Journal, he worked at the paper’s Philadelphia office before moving to its New York headquarters. In 1996 he was able to move to Vermont, there to work remotely for the newspaper as well as spend more time with his family.

“Dan appreciated living a simple, healthy life in Vermont, and seeing the abundant wildlife and scenic beauty in the area during walks on his road,” his family writes. “He enjoyed saying hello to friends while reading on a bike at the Woodstock Fitness Center, and watching trains in White River Junction.”

Machalaba is survived by his wife of 44 years, Linda; his son Paul and daughter Catherine; and his brother Robert.

A funeral mass for Machalaba will be held at 11 a.m. Saturday at Our Lady of the Snows in Woodstock, Vt. His family reports that Machalaba wrestled with heart issues most of his life and greatly admired the work of the University of Alabama Medicine’s Structural and Heart Valve Program, as well as Sustainable Woodstock, and the Thompson Senior Center. They ask that memorial contributions be made to these or similar causes in lieu of flowers.