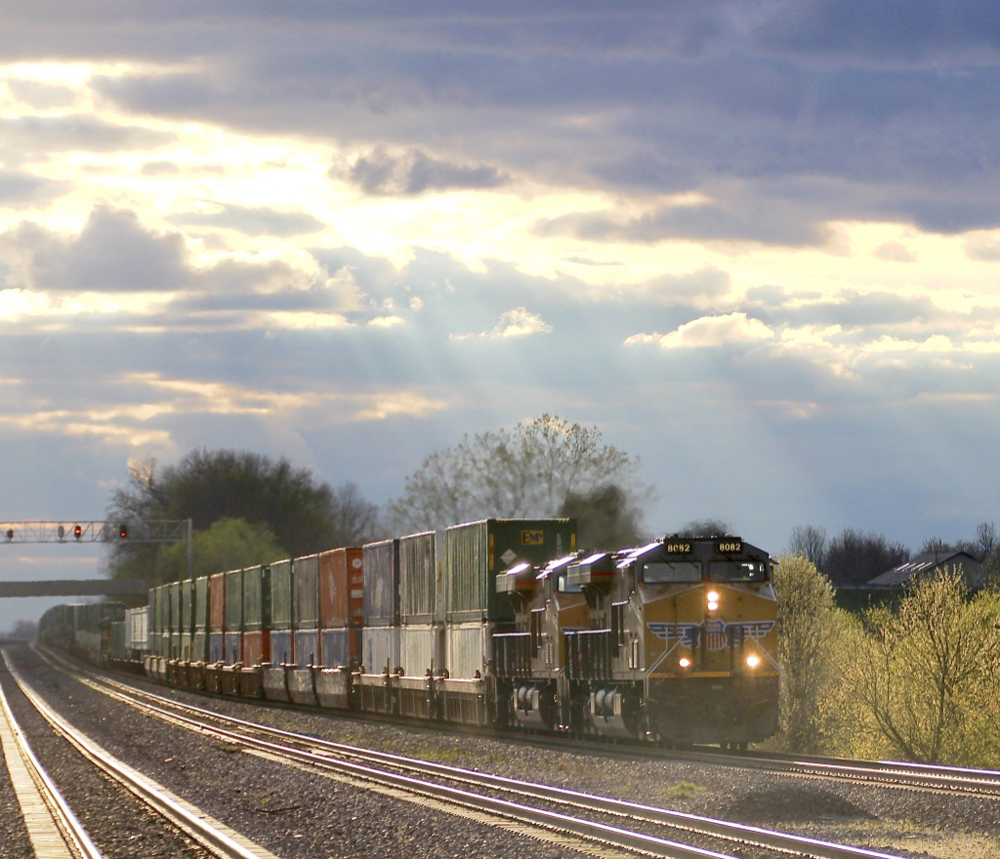 OMAHA, Neb. – In the latest pandemic-related disruption, Union Pacific has told customers it will halt all shipments of international containers from West Coast ports to its Global IV terminal in Chicago for up to a week.

The embargo, scheduled to begin on Sunday night, will help the railroad clear a container backlog at Global IV. The terminal is clogged largely due to reasons beyond the railroad’s control. Labor shortages and pandemic-related restrictions have slowed unloading and loading of containers at customer facilities. That has led to a shortage of chassis and drayage capacity during a period of high demand.

Other railroads, including BNSF Railway and Norfolk Southern, also have taken steps at various times this year to limit inbound volume at congested terminals in Memphis, Chicago, and elsewhere on their systems.

Intermodal analyst Larry Gross says UP’s move will create massive backups at West Coast ports, which are already busy as retailers are looking to keep up with consumer demand and aim to restock depleted inventories at their warehouses and store shelves.

As many as 40,000 twenty-foot equivalent units — or TEUs, the standard measure of international containers — will be stuck at West Coast ports over the next week due to the UP embargo, Gross says. That’s equivalent to 50 double-stack trains, each with 200 wells and a capacity for 800 TEU.

“The biggest issue seems to be a shortage of pool chassis to support normal operations at this wheeled terminal,” Gross says of the congestion at Global IV. “But I’m told that if a drayman shows up at Global IV with their own chassis to pick up a grounded box, they can’t get the box loaded.”

In a service advisory issued today, steamship line HMM told customers to expect delays to containers that are on ships or already on docks at West Coast ports. “There will be some restrictions on new bookings from Asia to Chicago destinations in order to clean up any already in-transit cargoes,” the HMM advisory says.

“As the U.S. intermodal supply chain continues to be stressed with U.S. West Coast terminal congestion, we will continue to closely monitor the circumstances of other inland rail ramps, as well,” HMM says.

UP, in a service advisory two weeks ago, adjusted its container storage charges amid parking congestion at the terminal.

“The international intermodal supply chain continues to experience congestion related to high demand and constrained capacity, particularly drayage and warehouse operations in major markets,” UP said in a July 1 advisory. “Union Pacific has strived to maximize container shipments between ports and inland ramps, but available parking space at Chicago’s Global 4 ramp has been consumed due to slow outbound drayage processing.”