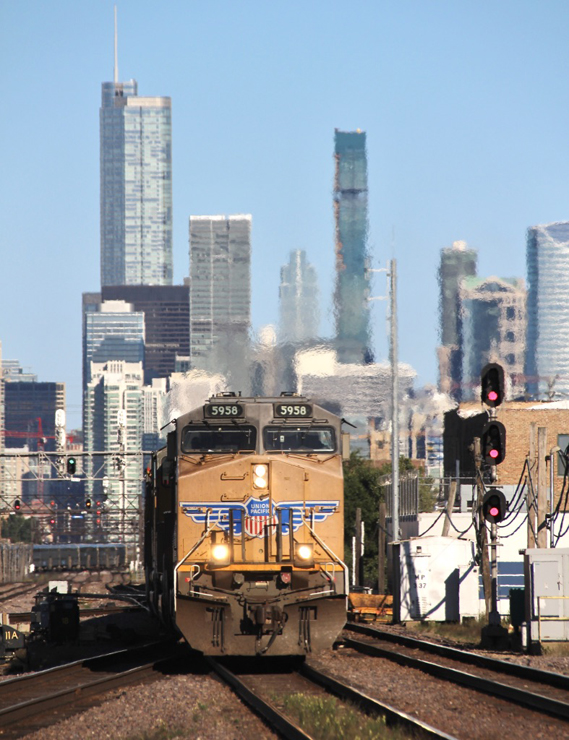 “The fourth quarter and 2022 overall were challenging for Union Pacific and our employees. The lengthy labor negotiations tested our workforce, while customers felt the impact of our service issues,” CEO Lance Fritz told investors and analysts on the railroad’s Tuesday morning earnings call.

Fritz acknowledged that 2022 didn’t meet expectations, but said the railroad is on the mend, pointing to UP’s rebound from recent winter storms and a trend of velocity improvements that began in the summer. “We are building resiliency into the network through hiring efforts, shifting critical resources, and better operations,” Fritz says.

Due to economic uncertainty, the railroad’s outlook for 2023 is fuzzy. UP expects volume to be ahead of the rate of industrial production, which the railroad currently expects to decline by 0.5%. UP forecasts that its operating ratio will improve this year as service improves.

For the fourth quarter, operating income declined 1%, to $2.4 billion, as revenue grew 8%, to $6.1 billion. Earnings per share of $2.67 was up a penny from a year ago. UP’s operating ratio rose 3.6 points, to 61%, as costs rose due to higher fuel prices, inflation, and inefficient operations.

UP’s volume increased 1% for the quarter. Bulk shipments were down 3%, with declines in grain, fertilizer, and food and refrigerated shipments. Industrial products volume was flat. Premium traffic, which includes intermodal and automotive shipments, was up 3% thanks to 2% growth in intermodal and a 9% rise in auto traffic.

The railroad’s key quarterly operations metrics reflected the impact of crew shortages and harsh weather. Car velocity, measured by car-miles per day, was down 3% compared to a year ago. Intermodal trip plan compliance dropped 5 points to 73%, while manifest and automotive trip plan compliance was flat at 58%.

UP’s safety performance was mixed last year. The personal injury rate improved by 18% to its lowest level in five years, but derailments were up 8%.

The railroad’s capital plan calls for spending $3.6 billion this year, up 6% from a year ago.